Alberta said it was removing 'underutilized' parks from its system. This data suggests otherwise

The province would not provide information on campground usage to CBC News but another group obtained some data through freedom of information.

This article was originally published on Dec. 3, 2020.

Before the Alberta government released its 2020 budget, Environment Minister Jason Nixon sent a confidential briefing to his fellow United Conservative MLAs, informing them that significant changes were in store for provincial parks.

"The Government will also be announcing additional proposed long-term changes to the Alberta Park[s] system, including a list of 119 proposed deregulations and 45 proposed divestitures," reads the briefing note, dated Feb. 27.

The note described these as "164 underutilized sites" and said the province would look for "alternate management approaches, including sale and/or transfer."

It stressed how little these areas were used: "Sites identified for proposed removal are mainly very small and underutilized provincial recreation areas."

Premier Jason Kenney said something similar when asked, during a Facebook live question-and-answer session on March 3, about the parks cuts: "We're only talking about small campsites and such that very few people visit on an annual basis." 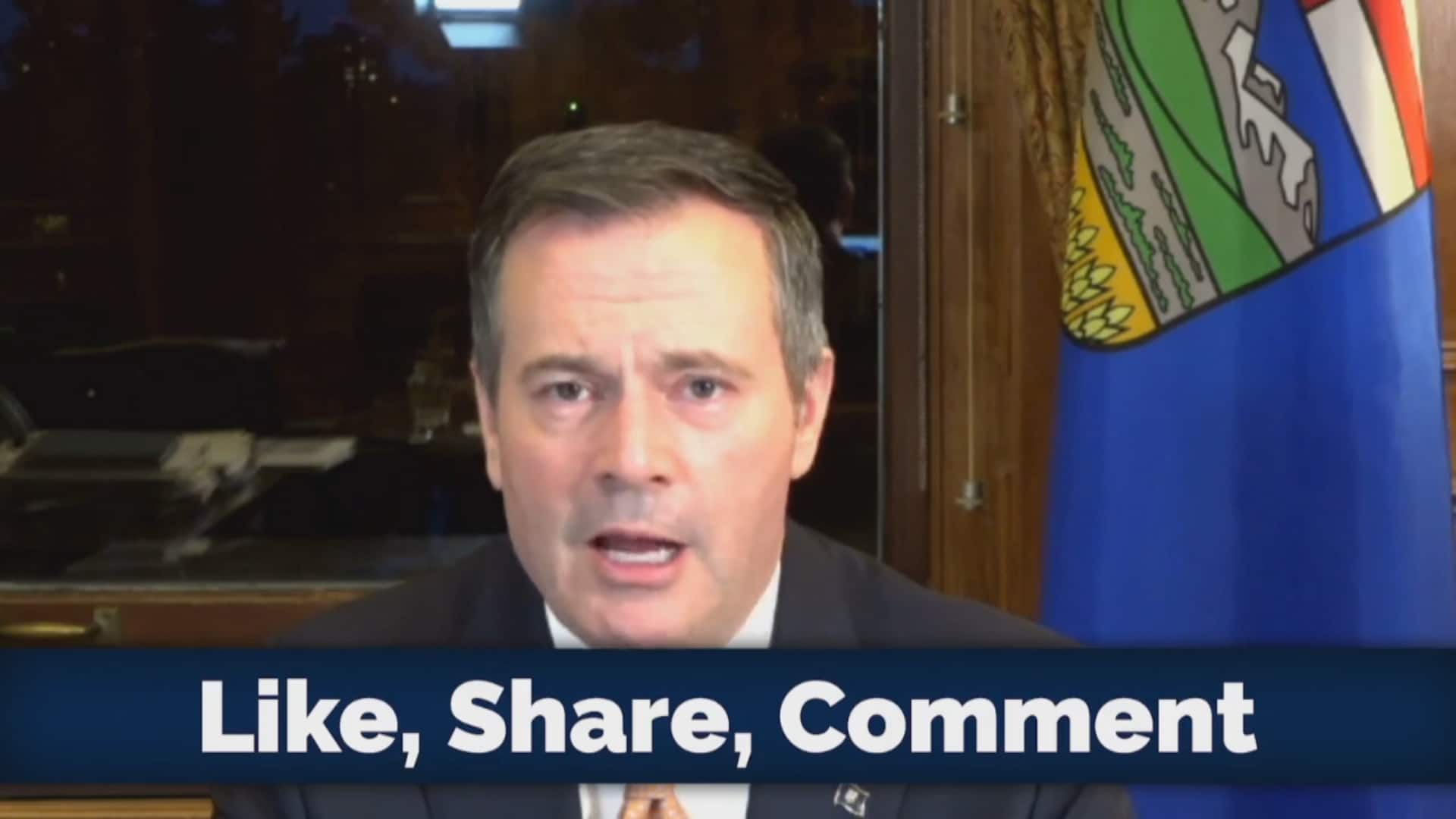 Since then, various groups have been trying to ascertain just how underused the government believes these sites to be, but little to no information has been made public.

For two months, CBC News was in communication with the provincial government, seeking data on the camping registrations and revenue among the 164 sites on the list that have campgrounds. The province initially said it was gathering the information and that it would take some time to compile, but then ultimately refused to release it.

Data for campsite registrations at 11 sites on the list, however, was recently obtained by another organization, The Council of Canadians, which shared the information with CBC News. The numbers suggest registrations at these sites is almost exactly on par with average registrations across all reservable campsites in the provincial system.

Financial records from the remaining sites — those with first-come, first-served campgrounds — still has not been released.

Where the data we have came from

The Council of Canadians filed a freedom-of-information (FOIP) request in September, asking specifically for campground usage data at the sites on the list.

It received a response in November with registration data for the sites with campgrounds that offer pre-registration, but not those with self-registration (also known as first-come, first-served campgrounds).

When it heard CBC News had been seeking this info, it shared the data it received.

The FOIP response included registration totals for 11 provincial parks and provincial recreation areas that offer individual campsites. (It also included data on group camping reservations, but that has been excluded for the purpose of this analysis.) Some of the sites didn't have data for the full five years because they didn't offer pre-registration in the past.

Then, in 2020, the camping numbers shot way up. Even though the data didn't yet include a full camping season, there were 25,331 registrations in the year-to-date tally.

This sharp increase was seen across the provincial parks system amid the COVID-19 pandemic, and has been attributed to more Albertans exploring local recreation while travel options are limited.

Based on those figures, the 11 sites included in the FOIP data accounted for between nine and 10 per cent of total campsite registrations each year, which is on par for their relative size.

There are 809 individual campsites at these 11 locations, which accounts for 9.2 per cent of the 8,774 total, reservable campsites listed by Alberta Parks.

The Council of Canadians was not the only group trying to get information like this.

The Canadian Parks and Wilderness Association (CPAWS) filed a freedom-of-information request of its own in the spring, asking for the criteria the province used to decide which parks and recreation areas to include on the list. The documents it received in July contained no information on visitation.

Not all of the 164 parks and provincial recreation areas on the list include campgrounds, but many do. In mid-September, CBC News asked for five years' worth of data on the usage of these campgrounds.

Departmental staff with Alberta Parks said it would take some time to gather all the data but they were working on it. They said smaller campgrounds with self-registration (drop boxes where campers leave payments on the honour system) didn't have hard camping numbers, but financial records of the revenue did exist.

After seven weeks, Alberta Parks staff sent an email to CBC News that included four years' worth of camping registration data for one provincial park — Gooseberry Lake in central Alberta, near the Saskatchewan border — and one year of financial data for another provincial recreation area — Smoky River South, near Grande Cache.

Asked where the rest of the data was, the staff said that's all they were now able to provide. They referred further questions to the press secretary for Alberta Parks, Jess Sinclair.

Sinclair did not return phone calls from CBC News seeking an explanation.

Financial records for other campgrounds still not public

When it comes to the sites on the list that have self-registration campgrounds, usage data has still not been made public, even though the environment minister seemed to recently confirm this data exists.

During a "town hall" discussion hosted by the UCP caucus on Facebook Live, Nixon was asked how the government determined which parks are "underutilized" and he said it's something that Alberta Parks staff can track, even at self-registration sites, through revenue. 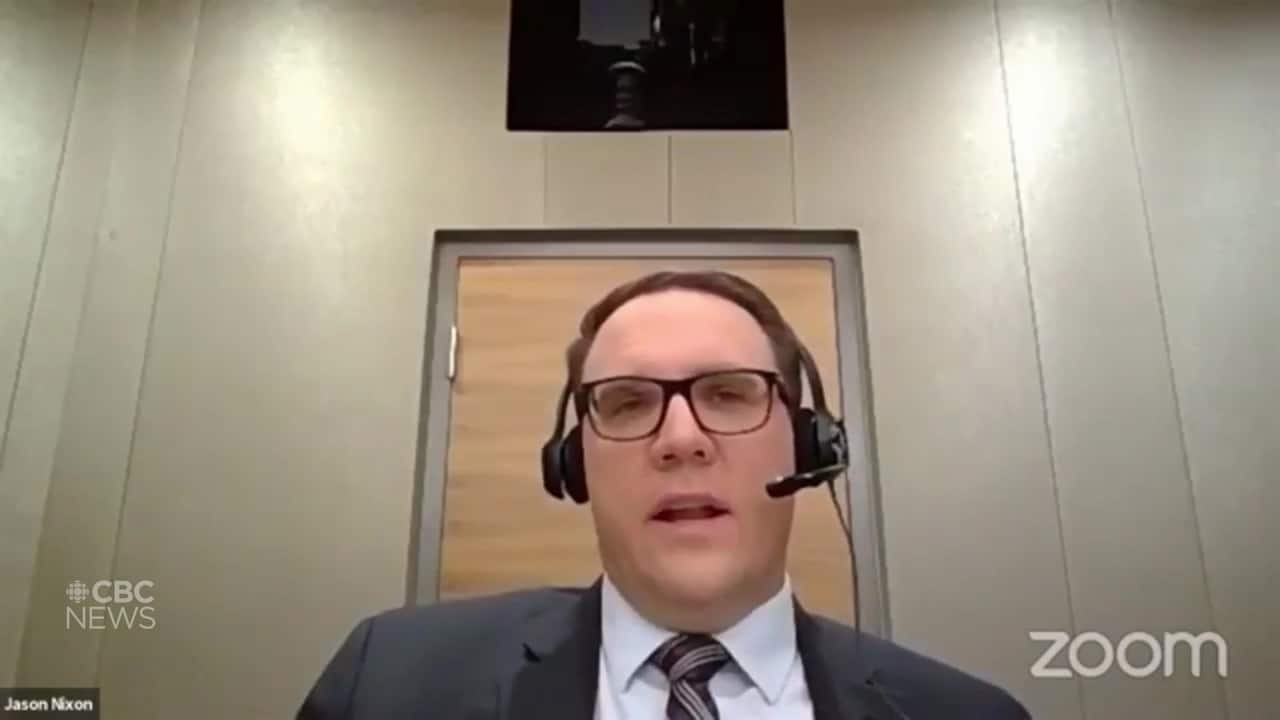 'They do know how much income is coming in from sites,' Nixon says of smaller Alberta Parks campgrounds.

"Not all of the parks in our park system have electronic booking systems, so they don't have the exact records on all the bookings in every campground yet. We're working towards that. But they do know how much income is coming in from sites," Nixon said.

"When people go there and they self-register and they pay, that money doesn't go into the clouds," she said. "It goes to the Government of Alberta and that money is properly accounted for."

Phillips said this revenue data was used, when she was minister, to make decisions about parks and public-recreation areas based on their usage.

She said there's no reason she can think of to withhold this data from the public, other than a political motivation to avoid contradicting the government's initial claim that these sites are "underutilized."

"The whole story seems to be crumbling," Phillips said.

The government's public communications about the parks has evolved over time, as it has engaged in a protracted political battle with the Opposition NDP and conservation organizations like CPAWS and the Alberta Environmental Network, which oppose the changes.

A big part of that battle has centred around some of the language initially used in official communications and on the Alberta Parks website.

Critics seized on the word "sale," for instance, but Nixon has repeatedly insisted the province has no intention to sell any parks land. Use of the word "sale" was "referring to the assets that may be in those areas," he explained in March.

Recently, Nixon has also moved away from earlier language used when it comes to the sites being "underutilized."

"The conversation we're having is less about whether a site is being fully used," he said during the Facebook Live town hall in November. "The conversation is about the best way to manage sites across our province."

The provincial government has noted it already works with partner organizations to operate campgrounds at some sites and it continues to seek more partnerships with municipalities, First Nations and the private sector to take over campgrounds at other sites that are currently operated by Alberta Parks.

Nixon has also said sites that lose their status in the parks system will continue to be protected as public land.

Katie Morrison with CPAWS says the changes in the government's public-facing language don't amount to a change in policy.

She notes public land protections are not the same as those that come with a provincial park or provincial recreation area designation.

She also wonders if the initial decision was actually informed by good data.

"I think the fact that we and others have had such trouble getting this information indicates that it probably doesn't — or didn't — exist in a summarized form, which makes me think that they probably didn't use it or didn't have the information available to them at the time of making this decision," she said.

Whether it was readily available to the government in February, Phillips said the financial records of the sites Nixon described as "underutilized" do exist and should eventually be made public, through subsequent FOIP requests or other means.

She said it's "bizarre" that the province hasn't simply provided this information, to date.

"I honestly cannot understand why this government withholds information that they know the public is going to eventually access," Phillips said.

CBC News asked the provincial government again on Wednesday about all this, with four specific questions:

Sinclair, the press secretary to Nixon, replied with a short statement that didn't answer the questions.

"When the decision was made to seek partnerships for some Alberta parks sites under a model that has existed since 1932, a number of considerations, including location, usage, and overall age of facilities were considered," she wrote.