Alberta becoming a 'have not' province doesn't change issues with federation, Kenney says

Alberta Premier Jason Kenney says the "bizarre" circumstances of 2020, which will result in the province getting more from Ottawa than it gives, do not change what he sees as structural issues within the federation. 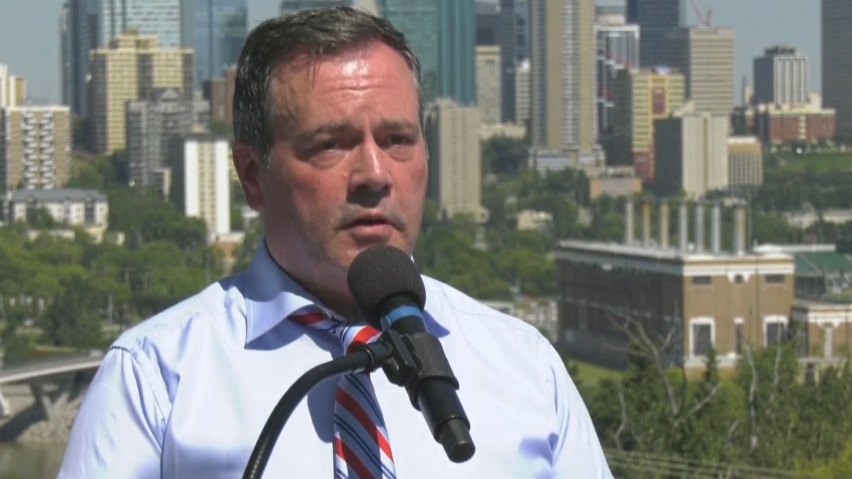 6 months agoVideo
1:18
Alberta's premier says COVID-19 has had quite the impact this year, with a deficit that could balloon to more than $20 billion. Find out what he thinks will happen when the economy returns to some sense of normal when it comes to equalization payments across the country. 1:18

Alberta Premier Jason Kenney says the "bizarre" circumstances of 2020, which will result in the province getting more from Ottawa than it gives, do not change what he sees as structural issues within the federation.

For the first time in 55 years, Alberta will be a net receiver, according to an analysis by University of Calgary economist Trevor Tombe.

"Obviously, this is a bizarre year, we haven't seen a year like this in Alberta's fiscal history since we went broke as a province in 1935," the premier said on Tuesday.

Kenney said the province is expecting a loss of $14 billion in revenue and a deficit upward of $20 billion as it increases spending on health-care and other areas significantly due to the pandemic.

So while he acknowledged Albertans have benefited disproportionately from the Canada Emergency Response Benefit and said the province appreciates the support it receives, it doesn't change his long-term concerns with the system.

"I expect that when we get back into a anything like a normal economic cycle post COVID-19 that we will continue to face the structural challenge that Alberta has within the federation for the past five decades," he said, adding that the province has paid out hundreds of billions over the years.

"The fundamental issues in the federation don't go away because of this strange, aberrant COVID year."

Tombe said that in the past decade, the federal government collected an average of around $20 billion each year more than it spent in the province.

But this year is a "complete reversal," the economist said, with Alberta projected to receive about $22 billion in the federal budget.

"We've never seen in recorded history a gap between spending and revenue in Alberta that large before," he said.

Duane Bratt, a political science professor at Mount Royal University, said this shows that fiscal transfers aren't a policy to "screw over" Albertans, it's just that there are more wealthy people in the province.

Alberta is set to hold a referendum on equalization payments next year, one of multiple recommendations from the province's so-called "fair deal" panel report, which also suggested exploring creating a provincial pension plan and police force.

Bratt pointed to other provinces that have seen their economic circumstances change over the years, and thus their role within the fiscal transfer system and their relationship with the federation change, too.

"Some people want major structural changes based on a set of circumstances that they think will exist forever," he said.

With files from Elise Von Scheel and Carolyn Dunn