Once again Muslims are being called upon to defend themselves after the Paris attacks, even though the perpetrators of the attack represent a radical fringe with little connection to the greater Muslim world.

'Terrorism has no faith,' says speaker at conference in Calgary 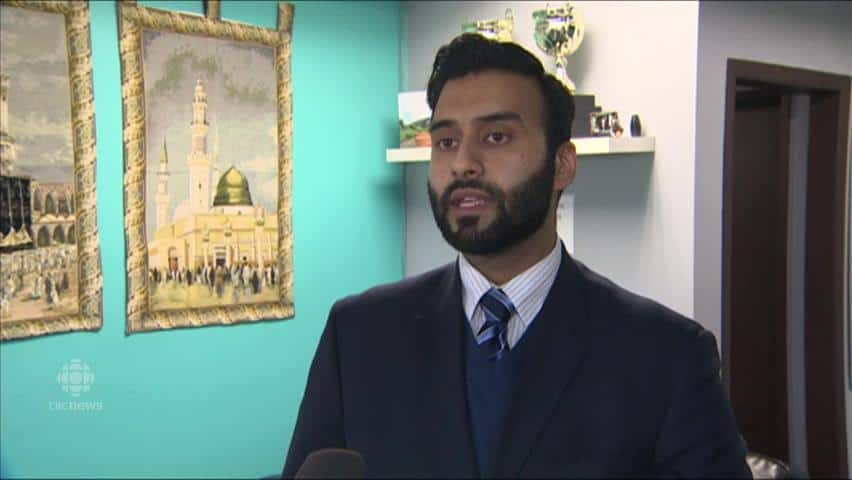 5 years agoVideo
2:19
Alberta Muslims are weary of once again having to defend themselves after extremists launched attacks in Paris and Beirut. 2:19

Once again Muslims are being called upon to defend themselves after the Paris attacks, even though the perpetrators of the attack represent a radical fringe with little connection to the greater Muslim world.

"Those that commit such actions do not represent Islam in a similar way that the KKK doesn't represent Christianity," said Farooq Iqbal, who works at the MAC Islamic Centre in Edmonton.

"[ISIS] actually manipulate and distort the fundamental teachings of Islam in order to justify the criminality."

In Calgary, the mood at a conference meant to empower Muslim women to find peace in their religion was darkened by the events in Paris.

"To look forward to a convention that is so major like this, where 1,200 Muslim women are coming together, it all felt like it just got a sucker-punch," said Saima Jamal.

Iqbal laments the immediate backlash from some corners against refugees fleeing violence in their home countries, violence often perpetrated by the very group that claimed responsibility for the attacks in Paris and Lebanon.

"I have already seen on Twitter and Facebook, people wanting to nuke the Middle East, people cursing at the Syrian refugees, people wanting to erase Muslims from the face of the Earth. It is disgusting the amount of Islamophobia that we're seeing right now," she said.

The attacks in Paris have garnered the lion's share of media attention, despite the fact Lebanon suffered a major attack on the same day and Iraq and Syria continue to see near-daily violence.

'We are constantly hurting'

It's a triple hit for Muslims, says Jamal.

"We're hurting, not just from this attack in Paris. Just two days ago in Beirut, 41 people died of a suicide bomb. Just a day back 18 people died in Iraq of a suicide attack. So for us we are constantly hurting, and for us it's not just the hurt, it's the backlash that we face at the end. That's the most dangerous part."

Shahina Siddiqui, a speaker at the conference, says it is difficult to have to constantly counter the terrorist message and to not be able to "express our pain without having to apologize for them."

"People have to realize that an overwhelming majority of victims of these terrorists are Muslims themselves," she said. "And these people have no faith. Terrorism has no faith."