At the height of both the COVID-19 pandemic and the provincial government's dispute with doctors, more than 200 physicians were weighing the future of their practices, with 163 deemed to be at "high risk" of altering the services they provide or leaving Alberta altogether, according to internal documents.

At peak of uncertainty, 17 rural communities were on internal, at-risk list kept by Alberta Health Services

At the height of both the COVID-19 pandemic and the provincial government's dispute with doctors, more than 200 physicians were weighing the future of their practices, with 163 deemed to be at "high risk" of altering the services they provide or leaving Alberta altogether, according to internal documents.

The documents, obtained by Alberta's Opposition NDP through Freedom of Information laws and provided to CBC News, lay out the decisions under consideration by some physicians in the spring and early summer.

Their dissatisfaction stemmed from a dispute that erupted in February, when the province terminated its agreement with physicians and imposed a new funding framework, saying it needed to rein in spending. Over the ensuing months, talk grew of doctors leaving the province.

In June, NDP Leader Rachel Notley said in the legislature that 20 rural communities were facing "practice closures or mass hospital resignations," but the government rebuffed that claim.

"To withdraw or change hospital privileges requires a physician to file a formal application to Alberta Health Services, giving 90 days' notice, which has not occurred in the locations that she's mentioned," Health Minister Tyler Shandro said at the time.

As of Oct. 1, those rural communities have not seen a mass exodus of doctors — however, many of them were on a confidential, internal watch list maintained by Alberta Health Services (AHS).

According to the list, 205 doctors in 17 rural towns had told the health authority they were unsure what the future would hold for them.

The documents reveal a snapshot in time from the summer, when such an exodus appeared to have been possible. Of the physicians on the list, 163 were regarded by AHS as "high risk" to leave the province or alter the services they provided.

Only three communities have seen actual departures so far but, according to the documents, some physicians have agreed to withhold any action until the immediate response to the COVID-19 pandemic has passed.

For months, physicians unhappy with the changes have spoken out, with several warning they will leave the province or offer fewer services. The government, meanwhile, has said it is trying to rein in "unsustainable" health-care spending. Physician compensation has been one the fastest-growing health expenses in Alberta over the past two decades.

AHS told CBC News the list of physicians at risk of leaving is constantly evolving, and the details in the documents are not up to date. It would not provide an update on the current situation.

The documents, which are current to June, also offer a glimpse into what officials were seeing at the time that prompted the health minister to implement a range of incentives aimed at attracting doctors to rural towns.

Two months after the province ended the government's master agreement — and just days before the AMA sued the Alberta government for an alleged breach of charter rights — an internal AHS briefing noted some physicians were considering not providing certain services, such as emergency room and acute care coverage.

The documents also provide a framework that describes the risk to public care if physicians were to limit their services or leave Alberta.

Three communities were listed as "high risk" as of April 5. That increased to 10 as of April 19, all of which were rural.

As the province's total number of COVID-19 cases approached 3,000, AHS noted in a document its "obligation to provide safe and continuous service" before and after the pandemic — a challenge exacerbated by a growing list of communities joining the "high risk" category.

On April 20, AHS listed the following communities, all of which are rural, as being high risk:

That totalled 10 communities and 122 doctors.

In the document, AHS noted various approaches to these communities under a "mitigation plan," noting some physicians had put their requests on hold until after the COVID-19 response, while others had meetings scheduled with AHS leadership.

The peak in the high- and medium-risk categories came two days later, when 17 communities and 205 doctors were included on the list. 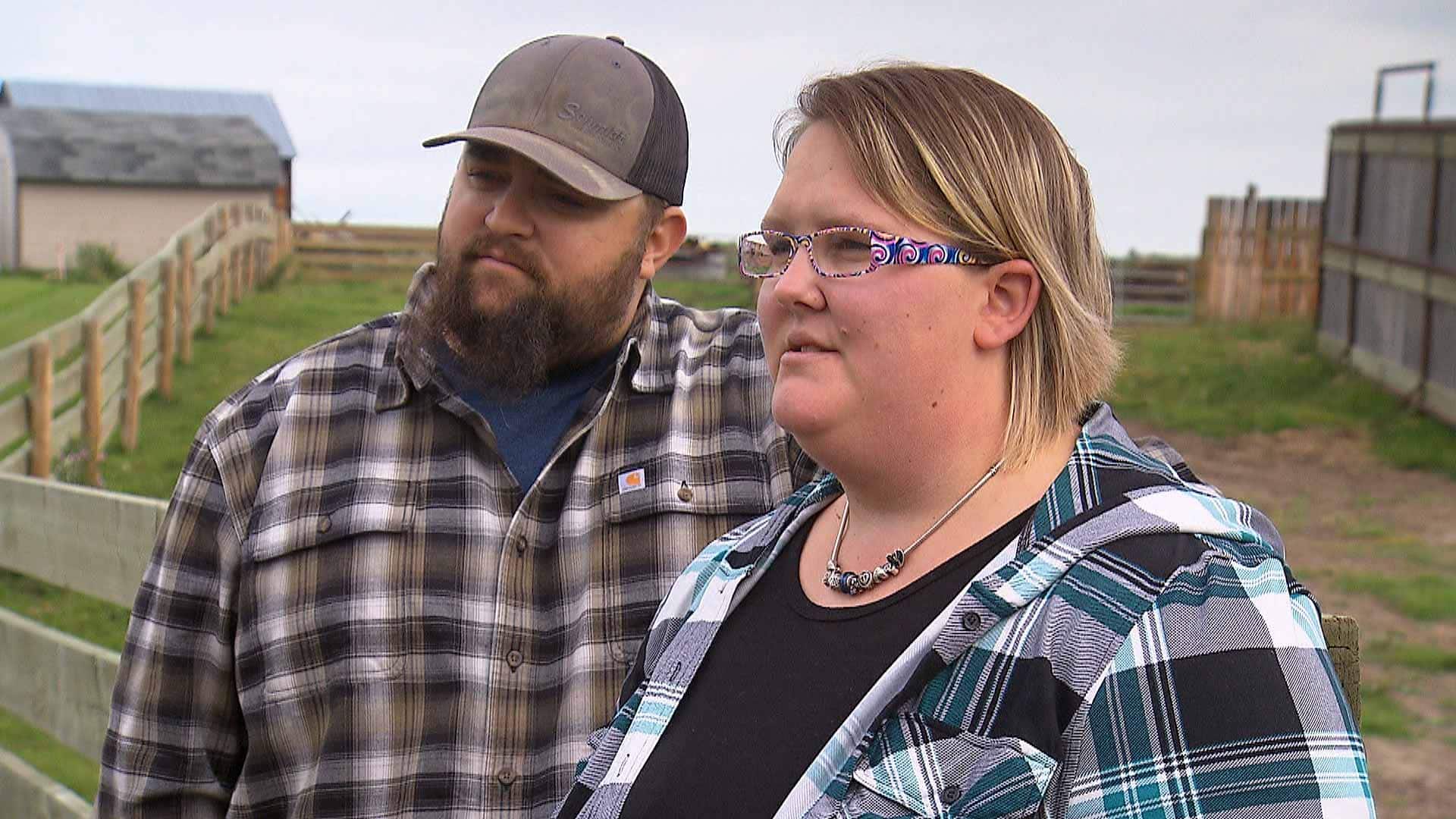 Alberta could lose hundreds of doctors over dispute

4 months agoVideo
2:20
Hundreds of doctors are considering leaving Alberta in the middle of a pandemic and the impact will be felt across the province, but especially on smaller communities. The doctors say it’s because of an ongoing dispute with the provincial government about health-care spending. 2:20

Around this time, the COVID-19 pandemic was also entering "a critical phase," and AHS noted on May 4 that more than 90 physicians in 14 rural communities in the province had expressed their intent to withdraw services. Of those, 14 had provided formal change requests.

"Alberta Health Services (AHS) is aware that concerns about changes to physician compensation have prompted some physicians to consider no longer providing certain clinical services at certain AHS sites," the documents read.

AHS officials later add not all the tumult can confidently be attributed to disagreements with the province.

'We do not expect shortages'

The health minister's press secretary, Steve Buick, noted the mass departures that some had predicted did not actually occur.

"A number of physicians have publicly stated they would withdraw from hospital privileges in small communities and/or leave the province but only a handful in three communities have submitted the required notice to actually make a change," Buick said in an email.

Those include one physician in Ponoka, six in Sundre and five in Stettler, Buick said.

"We do not expect shortages overall or in any specific community, apart from the normal staffing challenges in smaller centres," he added.

He also said the latest data available shows the province saw a net gain of 95 doctors in the second quarter of this year.

But the NDP aren't convinced the challenges with doctors are behind the province.

"We now have five out of eight doctors [leaving] at one of the most respected rural facilities in the province that has served as a training centre for many others," said Edmonton City Centre MLA David Shepherd, the NDP critic for health, referring to the situation in Sundre.

"They are leaving the province of Alberta. So we have a very real and continuing crisis."

The party says it will be calling for AHS to release updated information on how many doctors and communities are on the risk list now.

Buick provided a list of communities where physicians had submitted the required notice to make a change, but did not provide an updated list of risk assessments across the province.

In late April, the Alberta government announced new measures rolling back changes to rural doctor compensation after many said such changes would affect their pay dramatically. Those initiatives were beefed up by other efforts to increase stability in rural health care, like financing school for medical students willing to work outside urban centres.

After doing so, risk levels for many communities began to slowly decline. By June 10, 14 communities were listed on the AHS watch list as either high or medium risk.

AHS spokesperson Kerry Williamson said any changes to physician privileges requires formal notification, and AHS has received few of those, to date.

"Outside of the usual gaps due to sickness, vacations and other commitments, there are no significant physician shortages or physician coverage issues in any of these communities," Williamson said in an email.

"AHS is proactively working to ensure physician coverage will be in place without interruption, ensuring patients continue to receive the care they need."

Buick said the government recently sent a formal proposal to the AMA and received their feedback, with a goal of reaching an agreement to cap total physician spending at its current level.