A group of missionaries from Alberta who are stranded in Haiti by violent protests are now scheduled to begin departing from the country early Saturday morning at their own expense.

A group of missionaries from Alberta who are stranded in Haiti by violent protests are now scheduled to begin departing from the country early Saturday morning.

Working for the group Haiti Arise, the missionaries are stranded at a compound near Grand Goave — about 65 kilometres west of Port-au-Prince, the capital.

The group was planning to return home Wednesday, but ongoing rioting and unrest blocked those plans.

The group's vice-president James Roberts said they were supposed to be airlifted from the compound to the airport in Port-au-Prince on Friday evening, but that will now happen beginning at 4 a.m. MT Saturday. The group is paying for their own evacuation.

"[Helicopters] are so backlogged that they couldn't get there today so they re-scheduled," he said. "It's frustrating because we're trying to get people out, but so is everyone else."

He believes it will take three trips to ferry the entire group at a cost of about $6,900. The flight from Grand Goave to Port-au-Prince takes about 15 minutes, said Roberts. 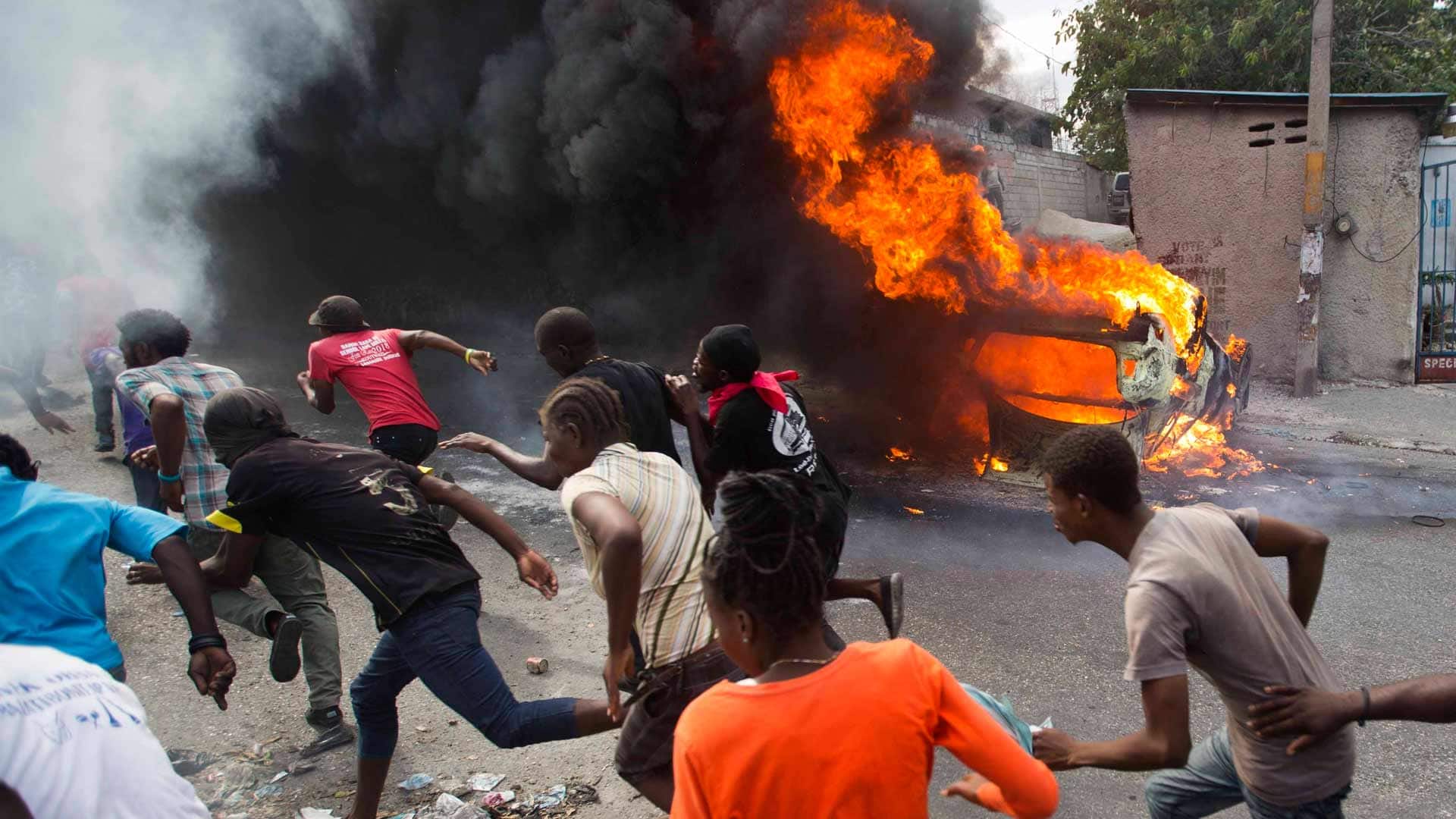 2 years ago
3:00
Haitian anti-corruption protests have left more than 100 Canadians stranded, and have now led to food, water and fuel shortages as Canada closes its embassy there. 3:00

Roberts said the group is safe where they are — but the area is running out of food and fuel.

Once they arrive at the Port-au-Prince airport, the group will fly to either Fort Lauderdale or Miami, Fla., then return home to Alberta.

On Tuesday, Global Affairs Canada issued an advisory warning against all non-essential travel to the country. On Thursday, it advised against all travel.

The Canadian Embassy in Haiti was closed on Wednesday due to the unrest.

​Protesters are demanding the resignation of Haitian President Jovenel Moïse over skyrocketing inflation and the government's failure to prosecute embezzlement from a multi-billion dollar Venezuelan program that sent discounted oil to the country.

A group of about 100 Quebec tourists is also stranded at a resort in Haiti due to the violent, week-long street demonstrations.

The tourists bought all-inclusive vacation packages with Air Transat for the Royal Decameron, a beach resort about 80 kilometres northwest of Port-au-Prince.

A group of 26 missionaries affiliated with La Bible Parle, a Christian group, were also supposed to return to Quebec Wednesday but are stuck in a village about 200 kilometres outside Port-au-Prince.

Michel Bougie, vice-president of the group, told Radio-Canada those 26 people were mainly offering services in a medical clinic, as well as co-ordinating construction projects. The mission's director, Clermont Deschênes, said morale is good despite the situation.

Dave Dormer joined CBC Calgary in May 2016. A graduate of the SAIT photojournalism program, Dave has worked in print and television newsrooms across western Canada. Story ideas can be sent to dave.dormer@cbc.ca