Alberta election 2015: Ballots to be cast on May 5

Alberta Premier Jim Prentice announced today that a provincial election will be held in May. "This is a turning point, and Albertans deserve the right to choose," Prentice told a cheering crowd in Edmonton this morning. 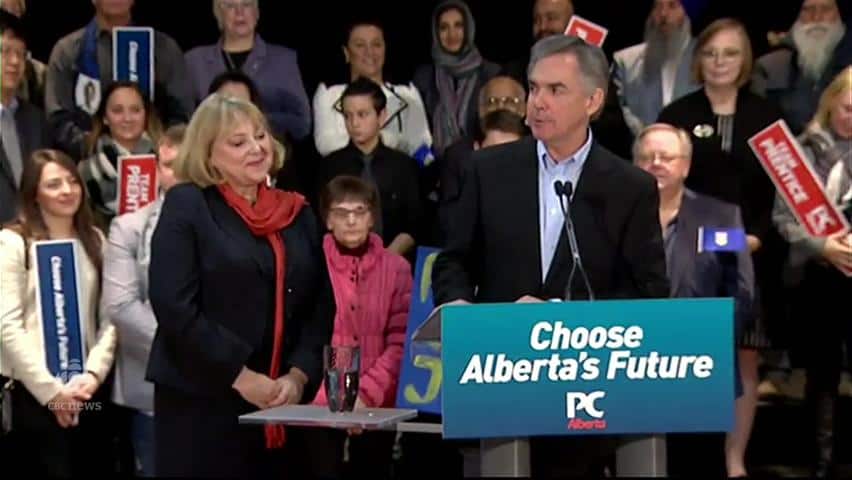 6 years ago
1:17
PC leader Jim Prentice talks about why he called an election and why Albertans should vote for him. 1:17

Albertans will head to the polls on May 5 knowing the province faces an uncertain financial future given the recent collapse of oil prices.

"This is a turning point, and Albertans deserve the right to choose," Alberta Premier Jim Prentice told a cheering crowd in Edmonton this morning.

He has been leader of the PC Party since last fall, and spoke about his government's 10-year plan for the province released on budget day. Prentice vowed to create a leaner, smarter and more innovative government, as well as ensuring the province remains an environmental leader while opening new markets for Alberta products.

But with the collapse of oil prices over the past months, Prentice also had a warning for Albertans.

"Any meaningful plan must contain hard truths," he said. "We have made the realistic choices. And we have presented a budget that will have this province back in balance in three years, whether oil prices recover or not."

He said raising corporate taxes would drive away investment and cost Albertans jobs, so the province instead focused on so-called "sin taxes" and a progressive tax regime in its budget proposal.

He then asked a rhetorical question, one that has likely been on many minds: why choose his Progressive Conservative government, which has been in power for almost 44 years?

"Every day, in every action, we must earn the trust of Albertans," Prentice said. "I want to be a premier that Albertans can be proud of. I want this to be a party that reflects the values of Albertans."

Prentice said the coming election will answer one fundamental question.

"Who is being honest with Albertans? And who has a realistic plan to put things right for Albertans?"

NDP Leader Rachel Notley kicked off her campaign by saying Albertans are getting the wrong kind of leadership from the PCs. Wildrose Leader Brian Jean accused Prentice of cynically ignoring his own government's fixed election legislation.

Liberal Leader David Swann said this election will be about building and maintaining trust with Martha and Henry's family, the new generation of Albertans who are now driving this province. Alberta Party Leader Greg Clark called the election "nothing more than the usual PC political opportunism."

The PC party heads into the election holding 70 of Alberta's 87 seats.

Many political experts say the real race is for Official Opposition status after the Wildrose Party saw its caucus reduced to five seats in December when former leader Danielle Smith and eight other MLAs crossed the floor to join the government.

Five Liberals, four NDP and one independent hold the balance of seats. The PCs have been in power since 1971.

Fixed election-date legislation had set the next provincial election to be held no later than the spring of 2016, but an earlier date comes as no surprise. Over the past weeks, Prentice has continued to say he needed a mandate to put this year's budget into action.