COVID-19 vaccine rollout in Alberta: What you need to know

The first doses of the vaccine arrived in Alberta on Dec. 14. Here's what Albertans need to know.

The first doses of the vaccine arrived in Alberta on Dec. 14

The first doses of a COVID-19 vaccine arrived in Alberta on Monday night.

Health Canada approved Pfizer-BioNTech's COVID-19 vaccine on Dec. 9, and 249,000 doses of the two-dose vaccine are expected to be distributed across the country by the end of the year.

Now that the highly anticipated vaccine has finally started to arrive, here's what Albertans need to know.

Who will get the vaccine first, and how many will receive it?

The first 3,900 doses of the Pfizer vaccine arrived in Alberta on Monday night, and Premier Jason Kenney says Alberta's first COVID-19 vaccination will take place today at 4 p.m. in south Calgary and the first recipient will be a nurse.

Alberta Health Services was expected to begin immunizations for ICU doctors and nurses, respiratory therapists and long-term care workers as soon as possible after receiving the vaccine.

Two doses of the vaccine are required, and another 25,350 doses are expected to arrive at the start of next week, officials say.

Alberta ultimately plans to administer first doses of the vaccine to 29,000 health-care workers by the end of December.

Because the initial doses of the vaccine can be administered only at the sites it's delivered to — due to the fact it needs to be stored at ultra-cold temperatures — the province is not yet able to begin vaccinating patients at those facilities. Instead, shots will be given at the two initial shipment locations in Edmonton and Calgary.

The first acute-care staff to get the vaccines will come from the Foothills Hospital and the Peter Lougheed Centre in Calgary, and from University of Alberta and Royal Alexandra hospitals in Edmonton. Alberta Health Services will book appointments for those staff to receive their second dose when they receive their first.

Dr. Sharma calls the approval of the Pfizer vaccine a 'critical milestone' in the fight against COVID-19.

Ultra-cold freezers have been installed at eight locations across Alberta, and residents of long-term care facilities will begin to receive their shots as soon as it can be transported from depots to those off-site vaccination locations.

Paul Wynnyk, who is overseeing the province's vaccine distribution strategy, said the necessary logistics are in place — the team is just waiting on shipments.

"We're ready to roll from that point on," he said.

When and where will the general population receive it?

The Government of Alberta says it anticipates it will be able to immunize up to 435,000 Albertans who are most at-risk between January and March 2021.

Starting in January, the following groups will receive the vaccine:

The province says that starting in April, the second phase of vaccine rollout will also target priority populations (eligibility for that phase hasn't yet been determined). Phase 3, beginning in fall of next year, will see vaccines available to the general Alberta population.

Who can receive the vaccine?

The vaccine is approved for people who are 16 years of age and older. Health Canada says those who are exhibiting COVID-19 symptoms should not take the vaccine at that time, nor should those with allergies to any of the ingredients.

British regulators have warned those with a history of severe allergic reactions, in general, should hold off on taking the vaccine.

The federal agency says the following groups should talk to a health-care professional before taking the vaccine:

Health Canada also says people about to get the vaccine should provide a list of other medications — including alternative medicines — they are taking, as well as any vitamins, minerals or supplements.

How long does the vaccine last?

It is unclear at this time how long the vaccine lasts.

Dr. Supriya Sharma, the chief medical adviser at Health Canada, said that after the approval of the Pfizer-BioNtech vaccine, it's an "ongoing question." However, she said it appears from the data so far that immunity among trial volunteers is lasting, and animal studies showed longer-range immunity.

BioNTech CEO Ugur Sahin has said he expected the immune response from the Pfizer-BioNTech vaccine to last for "at least one year," but he did not explain why he thought that. 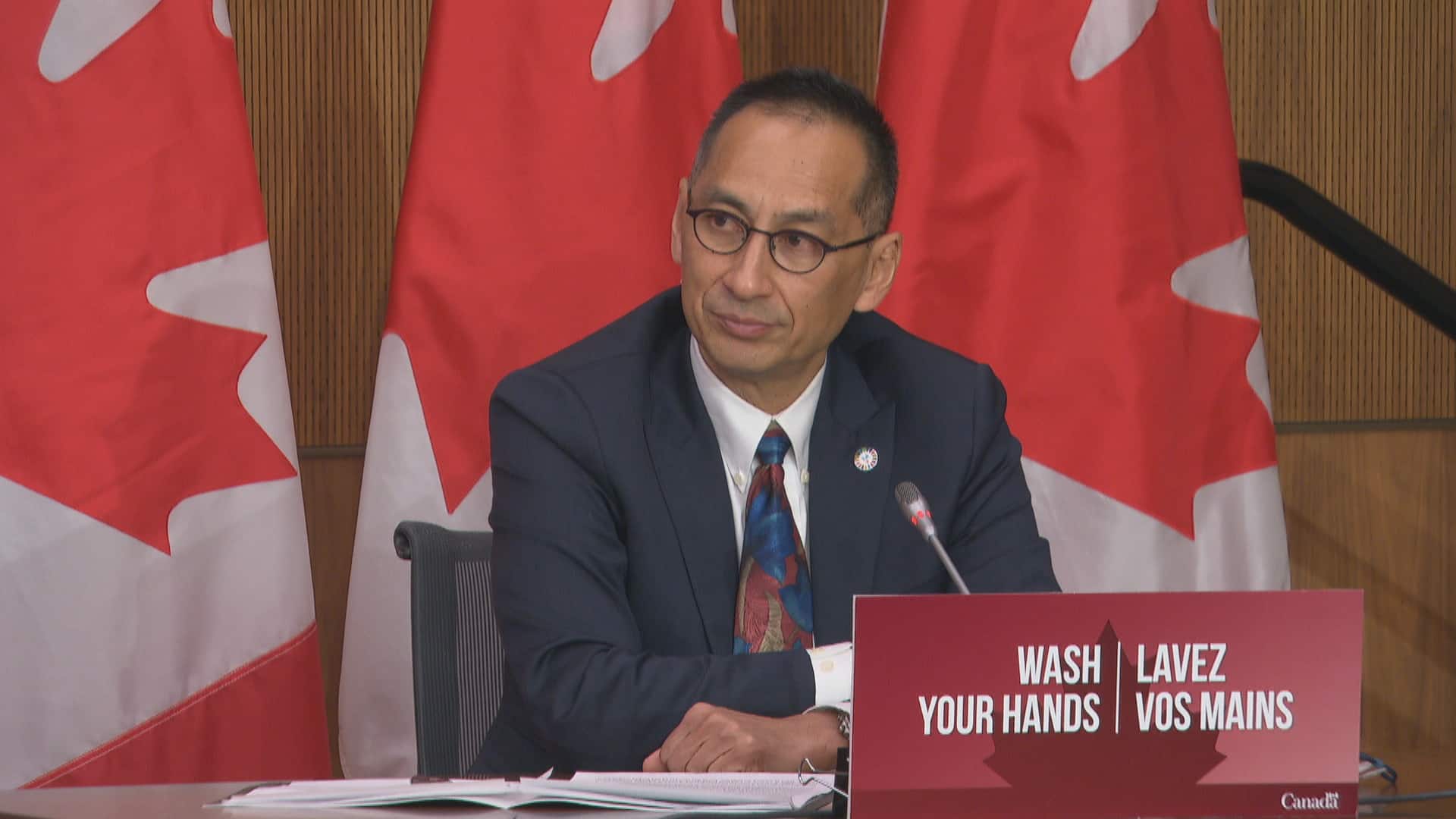 Dr. Njoo says COVID vaccine could be delivered to a large part of the population by the end of next year

Are masks and distancing still necessary after vaccination?

No vaccine is 100 per cent effective. There is a chance an inoculated individual will still be able to be infected and spread the virus, and it's not known how much protection the vaccine offers under real-life conditions.

Health Minister Tyler Shandro said it will be months before the majority of the population can be immunized.

The good news about the vaccine, he said, shouldn't signal a reason to be complacent about COVID-19 measures.

"This early distribution is an important step in our continued fight against COVID-19, but we can't take our foot off the gas," Shandro said Wednesday.

If I've had COVID-19, do I still need to get the vaccine?

It's not known how long resistance from an infection lasts or how effective it is at preventing re-infection.

"Early evidence suggests natural immunity from COVID-19 may not last very long, but more studies are needed to better understand this," according to the Centers for Disease Control in the United States.

There is no reason not to get the vaccine if you've already been infected and the vaccine would add more protection.

How many people need to get the vaccine for herd immunity?

It's not known at this time, but Health Canada's target for the seasonal flu vaccine is 80 per cent of all Canadians over the age of 18. Childhood vaccinations for infections including measles and polio have targets ranging from 90 per cent to 95 per cent.

How do we know the vaccine works?

Health Canada says based on studies involving 44,000 participants, the Pfizer-BioNTech COVID-19 vaccine was 95 per cent effective in preventing SARS-CoV2 infection starting one week after participants received their second dose.

Health Canada conducted the same rigorous safety review of the Pfizer-BioNTech vaccine as it would with any other vaccine, and no major concerns were identified. The vaccine does have similar possible side effects to other vaccines: pain from the shot, chills or feeling tired. There's also a chance of rare, serious side effects like an allergic reaction, as with all vaccines.

Health Canada will continue to monitor the vaccine's safety after rollout, and vaccine manufacturers are required to submit reports of any adverse effects. 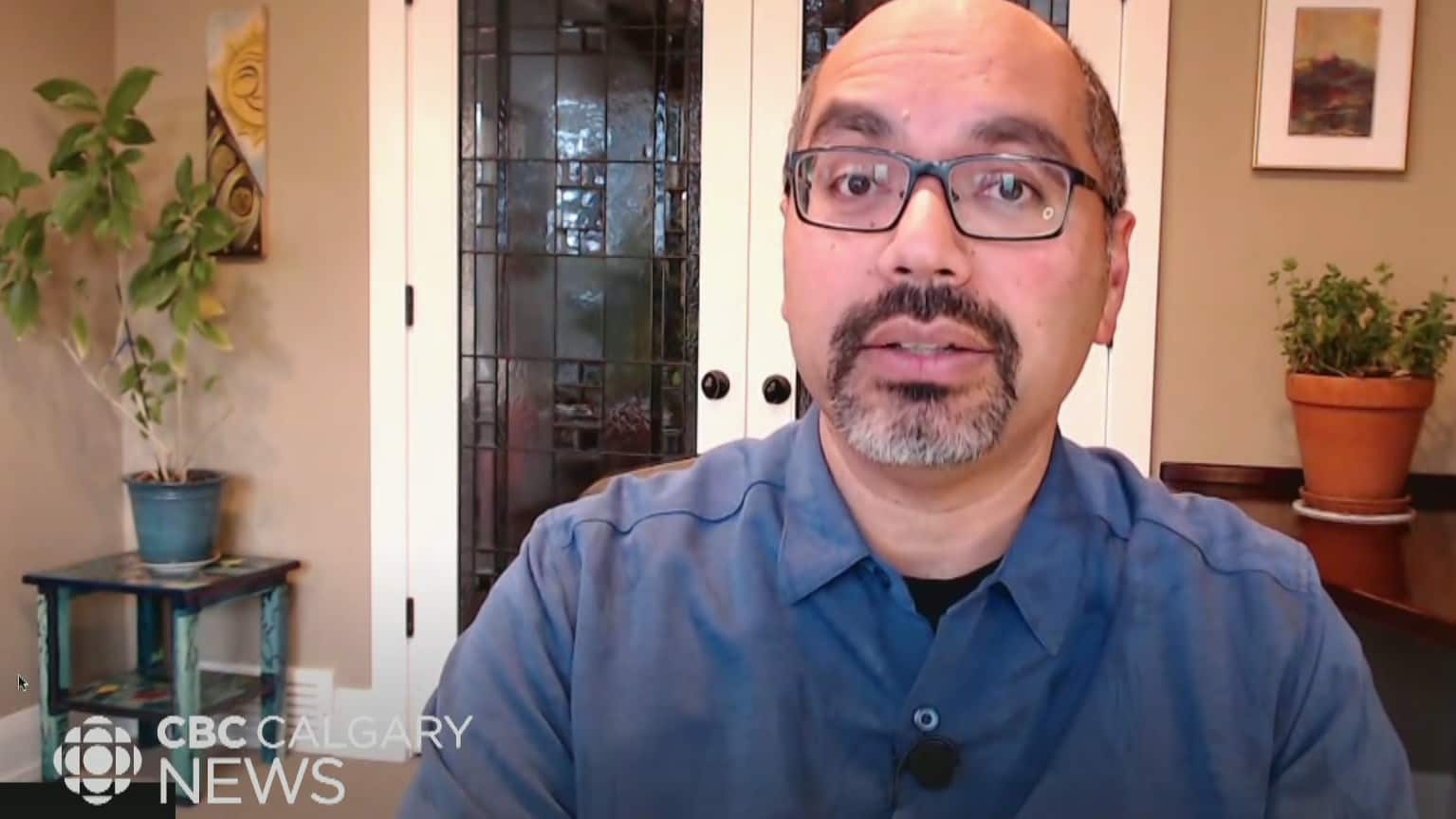 Dr. Raj on why some may be hesitant to get the COVID-19 vaccine