Everything you need to know about COVID-19 in Alberta on Monday, Nov. 23

Alberta reported another 1,549 new cases of the illness Monday, and new restrictions are in the works.

In absolute numbers (i.e. *not* adjusted for population), Alberta now has the most active COVID-19 cases of all provinces and territories: <a href="https://t.co/JaPzUL5S7y">pic.twitter.com/JaPzUL5S7y</a>

Dr. Deena Hinshaw, Alberta's chief medical officer of health, says the province is at a precarious point, with the virus spreading more wildly and quickly than at any stage of the pandemic thus far.

Hinshaw will be presenting her recommendations for further restrictions to government this afternoon, but declined to share details of exactly what measures she will be recommending.

"This is like a snowball rolling down a hill, growing bigger and faster, and it will continue unless we implement strong measures to stop," she said.

The past week has set multiple records for Alberta, which only surpassed 1,000 daily new cases for the first time on Nov. 14. The province's deadliest day was last Monday, when 20 more deaths were reported. It also surpassed 10,000 active cases for the first time — the number of active cases now sits at 13,166, and tests are showing a nearly eight per cent positivity rate.

Contact tracing has been completely overwhelmed, with 85 per cent of active cases having an unknown source of transmission.

Hinshaw said that going forward, that means contact tracers will prioritize new cases. If 10 days have passed since an Albertan received their positive COVID-19 test result, AHS will no longer call them to investigate. AHS will also no longer be able to track and record every case linked to a school.

Hinshaw said she will hold updates every day this week.

Five more people have died, bringing the total deaths in the province to 476.

Two health-care workers from the labour and delivery unit at Rockyview General Hospital in Calgary are now in isolation after a visitor did not disclose their COVID-19 symptoms during the on-site screening process, AHS has confirmed.

"While the vast majority of Albertans understand that doing this puts loved ones and the teams caring for their loved ones at even greater risk of illness, the few who choose to do this are impacting us all," Hinshaw said Friday during a media availability.

WATCH | Dr. Joe Vipond calls for a hard lockdown for an indefinite period until the COVID-19 cases in Alberta drop significantly in the video below 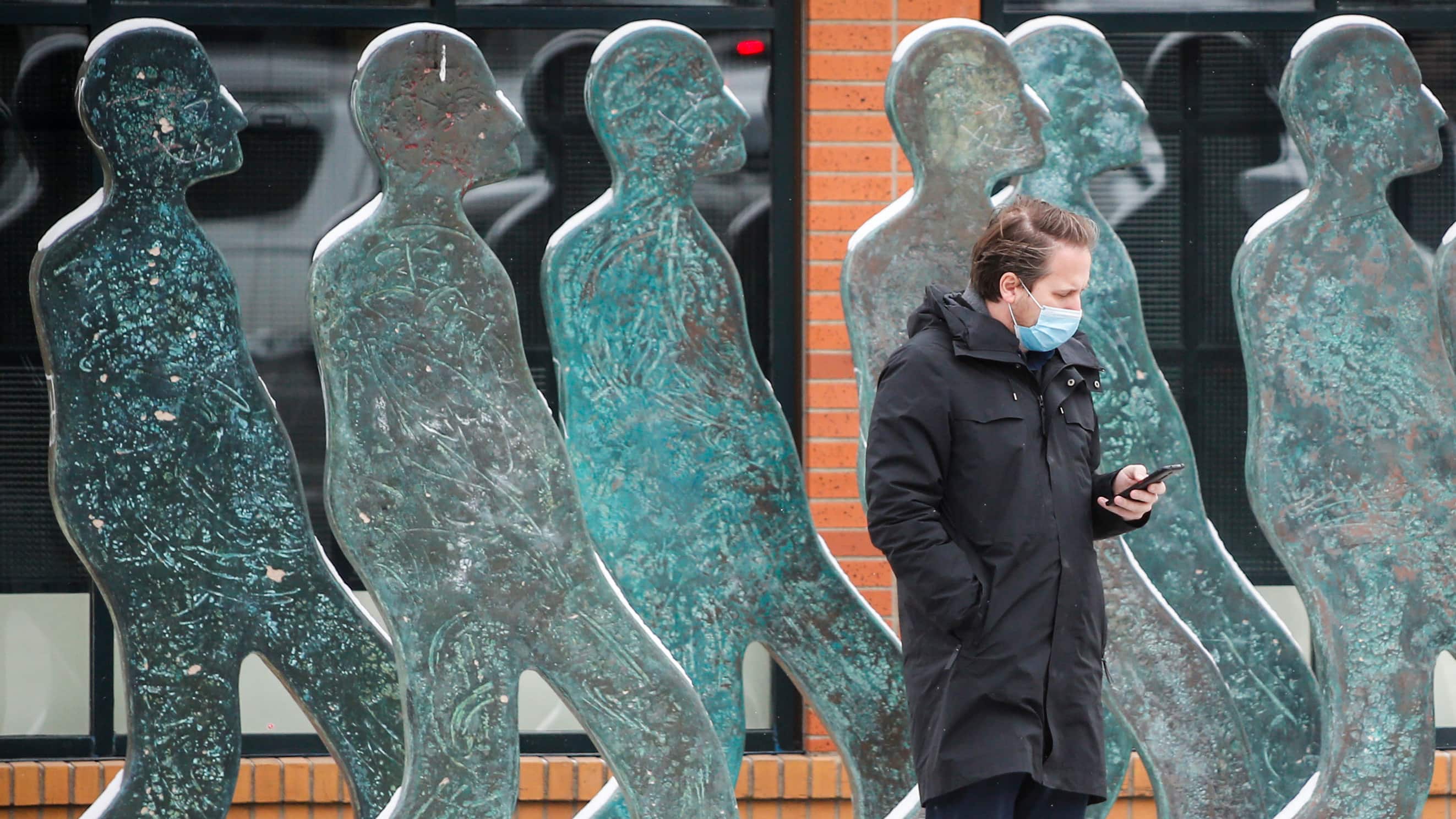 2 months agoVideo
1:35
Alberta needs a hard lockdown to reduce the rapid rise of coronavirus in the province, says Dr. Joe Vipond, an emergency room physician at Rockyview Hospital in Calgary. 1:35

Hinshaw said the situation in Alberta was "grim" and noted that two individuals in their 30s were among the deaths announced in the past week and a woman in her 20s on Saturday.

"Having a chronic medical condition is very common," Hinshaw said. "These conditions include things like high blood pressure and diabetes. In Alberta, almost one quarter of all adults over the age of 20 have a chronic condition. That is almost 800,000 people."

Alberta's associate minister of mental health and addictions said he misrepresented government policy in a town hall when he said the province was waiting for hospital capacity to be pushed to the limit before announcing further restrictions to reduce the spread of COVID-19.

"Our criteria is measured against our hospital capacity to handle ICUs and hospitalizations. So we're waiting to see where that threshold will be pushed to our limit and then gradually reduce more activities that way," Jason Luan said during the virtual town hall for his Calgary-Foothills constituency, in a video posted to social media.

However, Luan later said in a statement posted to Twitter on Sunday that his comments were inaccurate.

"Yes, hospital capacity is a critical consideration in any COVID-19 response … but I was incorrect in suggesting anyone is waiting until we are pushed to the limit," he wrote.

Calgary consumers are asked to transfer the contents of a locally produced hand sanitizer called Crisis-Grade Hand Sanitizer Refill into safe glass or plastic containers. The product has been recalled due to a significant fire risk.

First Nations in Alberta are seeing the highest number of COVID-19 cases compared with reserves in other parts of Canada.The latest data shows 860 cases since the pandemic hit — the next closest is Manitoba with 710, according to Indigenous Services Canada.

What is a ‘circuit-breaker’ lockdown and does it work?

Alberta's health minister is defending the province's COVID-19 tracing app despite revelations it has tracked just 19 cases since the spring.

Tyler Shandro said last week that he is in favour of all resources that help in the fight against the pandemic, but reiterated the federal app isn't a good fit for Alberta.

Alberta and British Columbia are the only provinces that have not signed onto the federal app, COVID Alert, which has been downloaded well over five million times.

The Opposition accuses Shandro of refusing to adopt the federal app because of long-standing personal and political friction between Kenney and Liberal Prime Minister Justin Trudeau.

Here is the regional breakdown of active cases reported on Monday:

In Central Canada, millions of residents in the Greater Toronto Area are now living under tight new restrictions as Toronto and Peel Region move into a lockdown period set to last at least 28 days. Non-essential stores in those regions will be closed to shoppers, and restaurants can only offer takeout and delivery.

Ontario reported 1,534 new cases of COVID-19 on Sunday, along with 14 new deaths associated with the virus. The province also said 484 people are hospitalized with COVID-19, with 147 in intensive care.

In Quebec, health officials reported 1,154 new cases of COVID-19 and 23 additional deaths. Data from the province put the number of hospitalizations at 642, with 103 in intensive care.

The province, which has seen the most cases of any jurisdiction in Canada, has reported more than 132,000 cases and 6,829 deaths.

Case numbers were also ticking upward in parts of Atlantic Canada, where a travel bubble between provinces has been in place for months.

In Newfoundland and Labrador, which reported three new cases on Sunday, the small town of Deer Lake sounded the alarm over a regional spike in cases when it announced a two-week closure of some municipal buildings and asked local businesses to follow suit.

Health officials in British Columbia don't release updated COVID-19 figures over the weekend. The province reported 516 new cases of COVID-19 on Friday, bringing the number of active cases to 7,122.