What you need to know about COVID-19 in Alberta on Sunday, Nov. 1

Outbreaks have been declared on three units at the Peter Lougheed Centre in northeast Calgary, involving one death in the hospital's hematology unit.

Alberta set another record on Friday with 5,172 active cases of COVID-19, an increase of 251 from the day before.

The death toll now sits at 323, up five from Thursday.

Five more deaths were reported on Friday. They involved:

Starting Monday, the COVID-19 symptom list for Albertans under the age of 18 is changing. Runny nose and sore throat will be removed from the list of symptoms that require mandatory isolation for children.

Dr. Deena Hinshaw, Alberta's chief medical officer of health, said the changes to the symptom list are intended to get children and teenagers back into child care or classrooms as quickly and safely as possible, while minimizing the risk of COVID-19.

In the last week, she said, more than 3,400 children and youth who were tested for COVID-19 reported having a sore throat. Just over 700 of them had a sore throat as their only symptom, and less than one per cent of their tests came back positive.

Meanwhile, the number of cases of COVID-19 among school-aged children in Alberta has again surged to a new high, while the number of kids and teens being tested continues to decline.

Data from Alberta Health shows the number of new daily cases has continued to rise among five- to nine-year-olds and has again shot up, especially, among 10- to 19-year-olds.

Over the past week on record, an average of 85 cases were recorded per day among school-aged kids and teens.

Alberta has reported a total of 27,664 cases since the pandemic began. Before this past week, which set new records on multiple days in a row, the highest active case total was 3,022, which was reported on April 30 at the peak of the first wave.

A new temporary measure, which caps attendance at 15 for events where people will be "mixing and mingling" like parties and baby showers, applies in the Calgary and Edmonton areas.

The province is also recommending two voluntary measures in both cities: wearing non-medical masks in all indoor work settings, except where people are alone in an office or cubicle, or a barrier is in place, and limiting themselves to no more than three cohorts.

The federal minimum security Pê Sâkâstêw Centre in Maskwacis has been locked down after two staff members tested positive for COVID-19. Another three staff members are self-isolating at home.

A spokesperson for Correctional Service Canada told CBC News they don't believe the infected employees were in close contact with any of the inmates.

An outbreak at the Calgary Correctional Centre has gotten bigger, according to new numbers provided by Alberta Health Services. As of Friday, 104 inmates and 20 staff members have tested positive.

Albertans have been administered more than 597,000 doses of the flu shot so far this year, an increase of more than 50,000 when compared to the same time period last year.

"Thank you for doing your part to help stop the spread of influenza, and helping our health system stay focused on the pandemic response," Hinshaw said Thursday.

Health officials have said this year it is more important than ever to get the flu shot because of the pandemic.

Here's the regional breakdown of active cases reported on Friday. 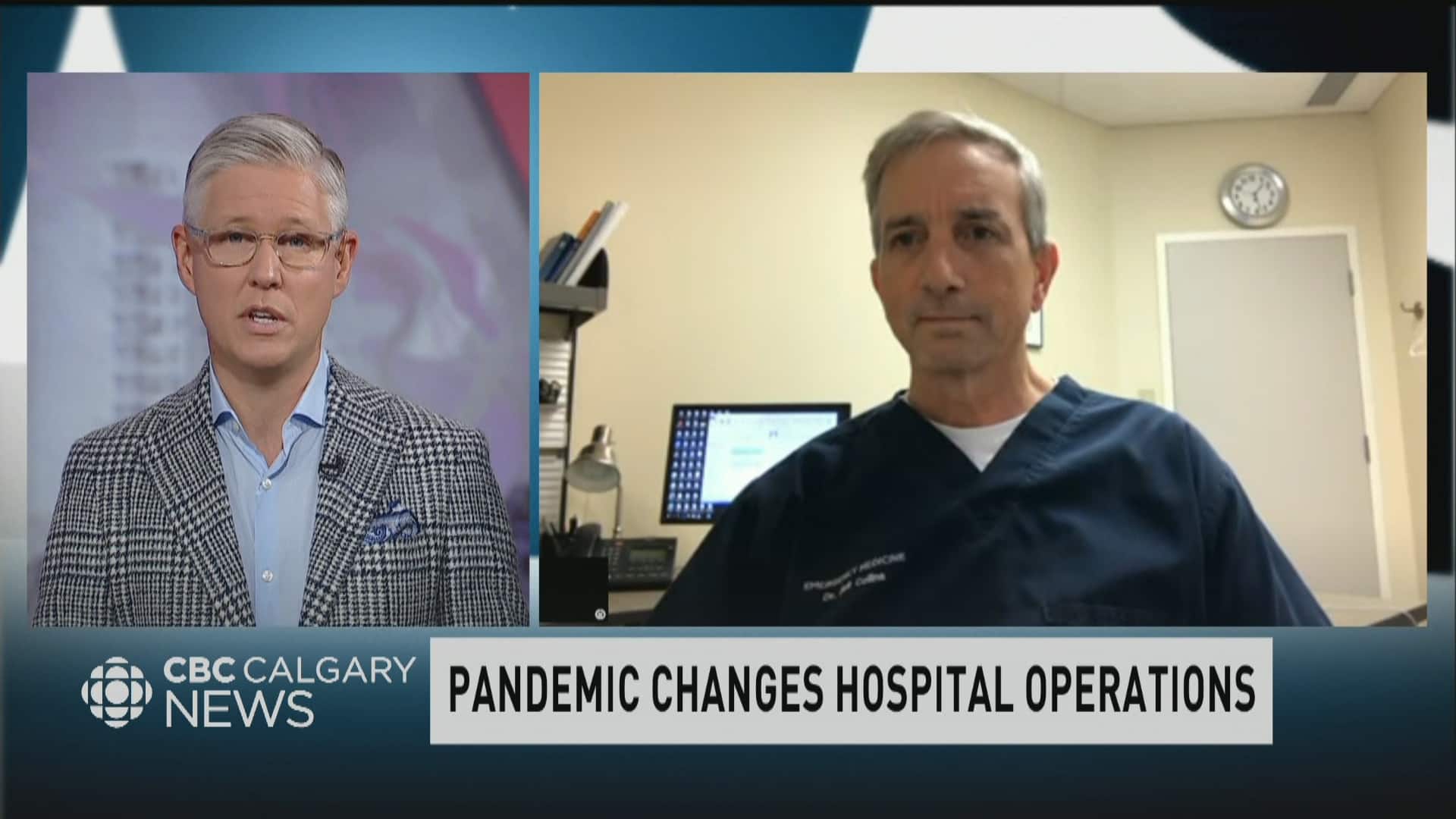 4 months ago
4:50
Dr. Neil Collins gives CBC Calgary's Rob Brown an update on the hospital capacity in the city. 4:50

As of 10:30 a.m. ET on Sunday, Canada had 235,488 confirmed or presumptive coronavirus cases. Provinces and territories listed 197,740 as recovered or resolved. A CBC News tally of deaths based on provincial reports, regional health information and CBC's reporting stood at 10,145.

Saskatchewan reported 82 new cases of COVID-19 on Thursday, breaking the record for the highest single-day jump in new cases since the beginning of the pandemic.

The province will receive about 453,000 in total, with a little less than half of that order expected to arrive by the end of this week. That means Quebec will receive about 37 per cent of the 1.2 million kits being deployed across Canada by the federal government.

The COVID-19 pandemic has wreaked havoc on Canadians suffering from mental illness, opioid addiction and other substance abuse problems, says a new study released today by the Public Health Agency of Canada (PHAC) which confirms anecdotal reports warning that the pandemic's health consequences extend well beyond the novel coronavirus itself.