Everything you need to know about COVID-19 in Alberta on Wednesday, Jan. 6

More detail on what you need to know today in Alberta

More than 200 doctors have signed an open letter calling on the province to prioritize the vaccination of all health-care workers caring for patients in Alberta's dedicated COVID-19 wards.

In the letter addressed to Health Minister Tyler Shandro on Wednesday, 219 physicians from across the province say Alberta's vaccination schedule has passed over critical workers on the front lines of Alberta's battle against the virus.

The physicians say all personnel employed in the specialized units — including family physicians, medical internists, nurses, clerks and cleaning staff — contend with the same risk and should be next in line for inoculation, the letter states.

The situation is urgent, the doctors say. Ward staff are continuously exposed to the virus and — despite the use of PPE — some have already contracted COVID-19 from their patients.

"These are the unsung heroes of our battle against this virus," the letter says. "It is not only dumbfounding but is in fact demoralizing that these colleagues have not been recognized for the valuable contributions they make."

Health-care workers in COVID-19 units are eligible for immunizations during Phase 1B of Alberta's vaccine schedule, which is slated to begin next month.

The positivity rate is seven per cent. There are 911 people in hospital, 141 in intensive care.

Amid calls for greater transparency in its vaccine rollout program, which some critics have said is too slow, Shandro defended the province's distribution system. As of Wednesday, more than 30,000 people have been vaccinated.

"By the end of [Tuesday] we should be at about 29,000, the initial goal that we set in mid-December," Shandro had said Monday. "It was an aggressive goal and we're getting there only a few days later than we had hoped, in spite of the need to plan around delivery times and amounts that are consistently and constantly shifting.

"We'll get the vaccines out as soon as we get them in."

Calgary Mayor Naheed Nenshi says he has no plans to discipline two staffers who travelled to Hawaii over the holidays.

At a press conference Tuesday he said his chief of staff and an administrative assistant took separate trips to Maui, that he knew about it, and that the situation is nothing like the UCP's current travel controversy.

But given the uproar over UCP MLAs travelling outside Canada, Nenshi said he regrets allowing his staff to book the tickets.

"I really wish I had said, 'Are you sure about that? Do you think that that is congruent even though it's within the rules, do you think it's congruent with the messaging about how we're all in this together, with the latest numbers?" Nenshi said.

On Monday, Premier Jason Kenney accepted the resignations of Grande Prairie MLA Tracy Allard as minister of municipal affairs and Jamie Huckabay as his chief of staff.

In a Facebook post, Kenney said he has also demoted five other UCP MLAs who travelled internationally over the holidays.

Calgary-Klein MLA Jeremy Nixon has been stripped from his position as parliamentary secretary for civil society. Red Deer-South MLA Jason Stephan has been removed from Treasury Board.

Three MLAs — Calgary-Peigan's Tanya Fir, Tany Yao of Fort McMurray-Wood Buffalo and Lesser Slave Lake's Pat Rehn — have been removed from the legislature committees they have sat on. 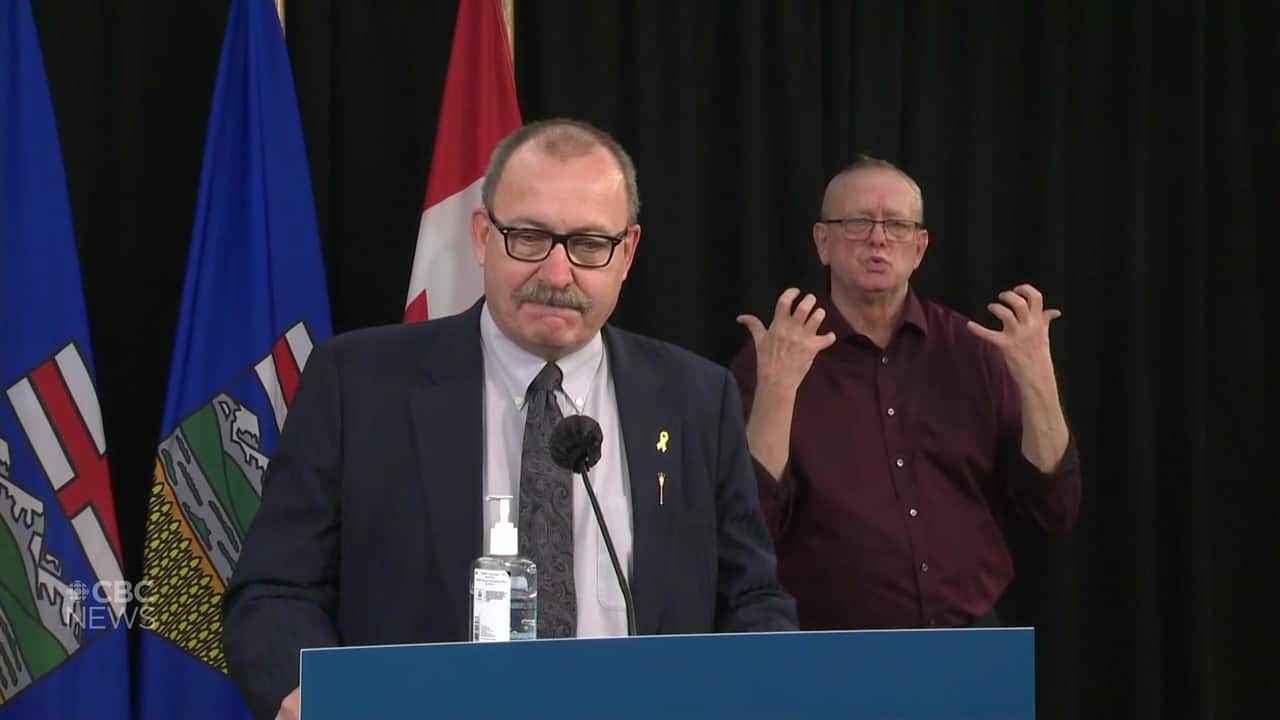 Albertans are right to be angry with the UCP, ministers say

20 days agoVideo
3:11
Albertans are right to be angry at the UCP politicians and staff who travelled internationally over the holidays -- and apologies aren't enough, say Tyler Shandro and Ric McIver. 3:11

On Tuesday, two cabinet ministers said Albertans have every right to feel angry and betrayed by government officials who flouted restrictions and travelled out of the country over the holiday season.

"I've been on the phone a great deal in the last several days, and I'm hearing from Albertans who are angry," said Ric McIver, who took over as municipal affairs minister about 30 minutes before Tuesday's news conference, replacing Tracy Allard, who resigned after it emerged she had travelled to Hawaii for a Christmas holiday.

"All I can say is this, I can say that we're sorry," Shandro said. "But I'm not asking for their forgiveness. I'm trying to make that very clear. I don't think we can ask for forgiveness at this time. What I'm asking from Albertans is patience.

"There were over a million Albertans who voted for us because we campaigned on hard work and humility. And some folks from our team forgot about that last part."

The mayor and council for the Town of Slave Lake posted a scathing open letter Tuesday demanding the resignation of the region's United Conservative MLA Pat Rehn.

The letter says that Rehn, the MLA for Lesser Slave Lake since April 2019, doesn't live in the region, misses meetings and spends more time managing his business interests in Texas than working for his constituents in the northern Alberta riding.

"I am hoping Mr. Rehn recognizes he doesn't have the support of the people in this region and hasn't had it for a long time," Slave Lake Mayor Tyler Warman said in an interview with CBC.

"It doesn't appear he has any passion to do the job. So step aside, and let somebody do it that wants to and can do it."

The letter, signed by Warman and the other six members of Slave Lake council, lists several complaints about Rehn. It comes just days after Rehn confirmed he had travelled to Mexico over the holidays.

An Alberta mother says she's outraged by various politicians and staff who decided to travel abroad over the holidays, while a dream trip to Hawaii for her terminally ill son had to be postponed.

Lia Lousier of Airdrie says nine-year-old Braeden is one of 100 people in the world to be diagnosed with a rare inherited connective tissue disease called Hajdu-Cheney syndrome.

Lousier said when she saw the second-wave of COVID-19 coming, the family postponed the trip, which was being arranged by the Make-A-Wish-Foundation.

"Seeing Tracy Allard going to Hawaii was just that final, last break for me, just unbelievable anger that she felt she had the right to do that and then for her to excuse it," said Lousier.

"I think of the sheer number of people that I know that have elderly parents or aging parents, or have family out of province — did they want to spend Christmas alone? They sure didn't."

Students are set to return to in-person classes on Jan. 11, Education Minister Adriana LaGrange confirmed on Twitter on Monday.

That prospect has some experts saying it's too soon and could fuel faster community spread of the virus.

Dr. Tehseen Ladha, a pediatrician with the University of Alberta, says the discovery of a new variant of COVID-19 that spreads more easily makes the situation more worrisome.

"It could spread like wildfire through schools which means it will be brought into many, many households in the province, and this could be a catastrophe," she said.

Here is the detailed regional breakdown of active cases as of Wednesday.