A pop-up theatre at the Calgary Central Library transports the public to developing countries by using a 360-degree video screen.

A pop-up theatre at the Calgary Central Library transports the audience to developing countries by using a 360-degree video screen.

The small, circular theatre shows films by the InSight Project to teach people about global responsibility — which is part of a Prairie partnership with the Canadian government and a technology company in the U.K.

Leah Ettarh, the executive director of the Alberta Council for Global Co-operation (ACGC), says the biggest thing they want the public to take away is greater empathy and understanding. 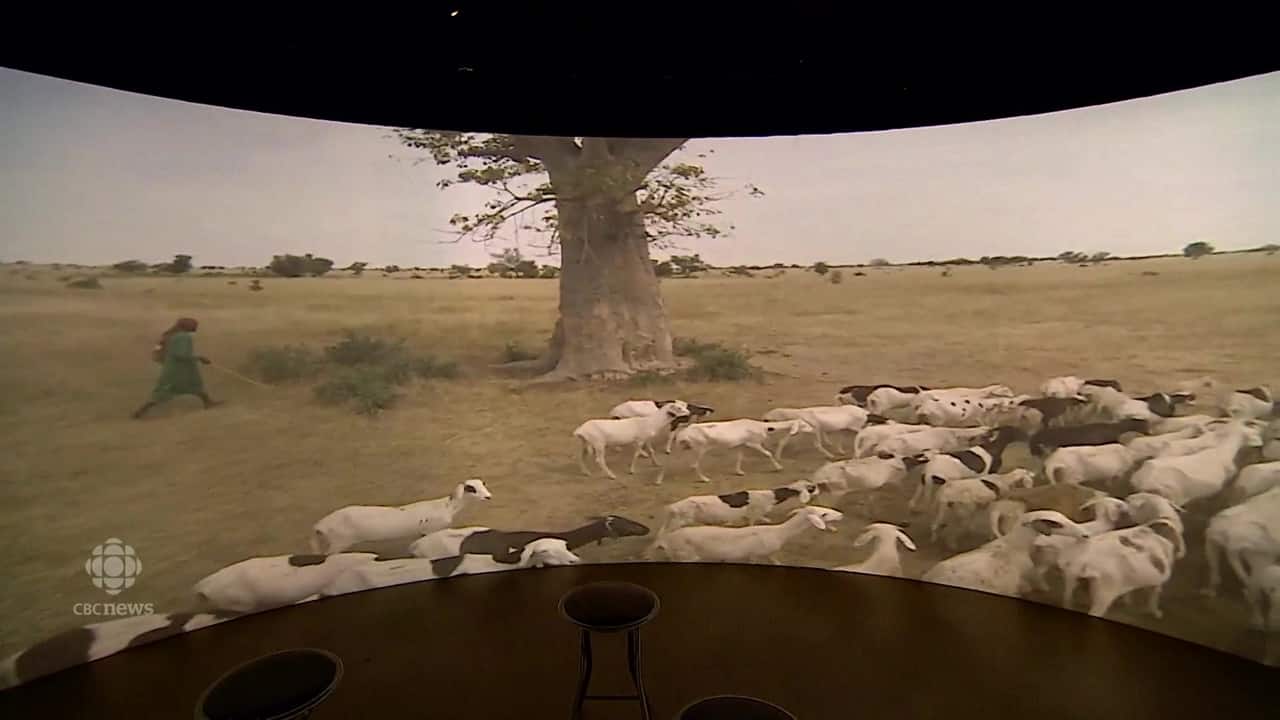 10 months agoVideo
1:13
A pop-up theatre at the Calgary Central Library is transporting the audience to developing countries. 1:13

"Our aim is to engage about 50,000 youth and members of the public through this over the course of the two years across the Prairies," she said.

"Getting involved in development is an important way to give back, but also it has great impact, and even the smallest actions can have large ripple effects. These actions both at home but abroad are really important to reaching sustainability worldwide," said Ettarh.

"Building the empathy and the understanding of how we as Canadians can engage globally and work to eliminate poverty worldwide, I think, is what what our main objectives are."

The project works at immersing young Canadians in these stories as well as providing a cheaper field trip option for cash-strapped schools.

After the Calgary visit, the theatre will move to schools and libraries in Red Deer, Lethbridge and Edmonton — before heading to the other Prairie provinces, Saskatchewan and Manitoba.

The British Consul General in Calgary, Caroline Saunders, says she loves the partnership between the U.K. and Canada in regards to the project.

"I couldn't be more delighted that it's going across the three Prairie provinces and that Global Affairs is supporting this," she said.

"Our focus on alleviating poverty, promoting gender equality and, indeed, our shared values as countries makes the U.K. and Canada partnership a really powerful force for good in the world."

Here are the films

You can catch films from the InSight Project at the library until Feb. 13. The 360-degree documentaries and workshops include: