Feds should take action on B.C.'s overdose epidemic as it has with COVID-19: chief coroner

British Columbia has recorded the highest number of illicit drug overdose deaths in a single month, prompting the chief coroner to say the federal government should take bold action on the overdose epidemic as it has done with the COVID-19 pandemic.

British Columbia has recorded the highest number of illicit drug overdose deaths in a single month, prompting the chief coroner to say the federal government should take bold action on the overdose epidemic as it has done with the COVID-19 pandemic.

"You can't help but draw the parallel that far more lives have been lost to substance use than to the pandemic,'' Lisa Lapointe said in an interview on Thursday.

There have been nearly 4,500 overdose deaths in B.C. since the province declared a public health emergency more than four years ago.

Health Canada did not immediately provide a response.

The BC Coroners Service said 170 people died of illicit drug overdoses in May, compared with 76 deaths in February.

Lapointe said many of the deaths are related to COVID-19 measures that have had people staying away from supervised consumption sites and using toxic drugs alone.

"Many of those who died lived alone and in fact weren't found for some time,'' she said.

Deaths in May were 93 per cent higher than the same month a year earlier as concentrations of fentanyl have increased to the highest levels since the declaration of a public health emergency in B.C. in April 2016, the coroners service said.

The previous monthly high was 161 deaths in December 2016.

Fentanyl-related fatalities spiked after the province allowed a safer supply of drugs to be prescribed in April amid concerns about the sale of more toxic illegal substances during the pandemic.

A temporary federal exemption of the controlled Drugs and Substances Act in response to the pandemic led to new provincial guidelines allowing doctors to prescribe substitute medications including hydromorphone for users of opioids.

Lapointe said the coroners service has found no link between increased prescribing of safer drugs and recent overdose deaths, even as some doctors have expressed concerns about not prescribing medication fearing deaths may be linked to their actions.

"We've heard there's a lot of fear among physicians and pharmacists that the directive may put them at risk,'' she said, adding there's no justification for any belief their licences would be suspended.

The coroners service will be discussing the issue with the College of Physicians and Surgeons of B.C., Lapointe said.

The college said in a statement it expects doctors to follow prescribing guidelines issued by the B.C. Centre for Substance Use and get the training that is provided.

"Physicians must assess the prescription needs of their patients and assess risks and benefits to both the patient and the public,'' it said. "They are expected to use good professional judgment and exercise prudent clinical practice including using distance medicine and virtual care during this crisis.''

Lapointe also said usual supply chains have been disrupted by border closures during the pandemic, creating a void for those who may be producing more powerful illicit substances without much knowledge.

"If it's not in an actual lab then it might be in somebody's kitchen lab," she said.

Guy Felicella, 50, a peer clinical adviser for the Overdose Emergency Response Centre of the BC Centre on Substance Use, said safer alternatives are not an option for some drug users who don't get the high they're accustomed to after years of struggling through addiction.

"If you want to drink your glass of wine after an evening and it had no alcohol in it would you do it? No, because you're drinking it for the euphoria, the same as with marijuana," Felicella said.

The Crosstown Clinic in Vancouver is the only facility in North America that provides people with pharmaceutical heroin, called diacetylmorphine, but only about 130 participants can take part because the drug is imported from Switzerland.

"What's needed in this country is a domestic supply,'' said Felicella, who started using cannabis at age 12 before getting addicted to cocaine and heroin.

Felicella said he was homeless in Vancouver's Downtown Eastside for 25 years before overdosing on fentanyl six times between 2012 and 2013 as the drug hit the streets. He eventually sought help and turned his life around, he said.

Mental Health and Addictions Minister Judy Darcy said she doesn't know how B.C.'s safer-drug guidelines will be affected after the federal exemption expires at the end of September.

"Effective next week there will be a new 24-7 line where health-care professionals can have direct access to addictions specialists to give them advice,'' Darcy said.

Provincial Health Officer Dr. Bonnie Henry said the COVID-19 pandemic in the middle of an overdose crisis has affected countless families and overwhelmed the province's resources.

WATCH | Dr. Bonnie Henry addresses the spike in opioid fatalities in the province: 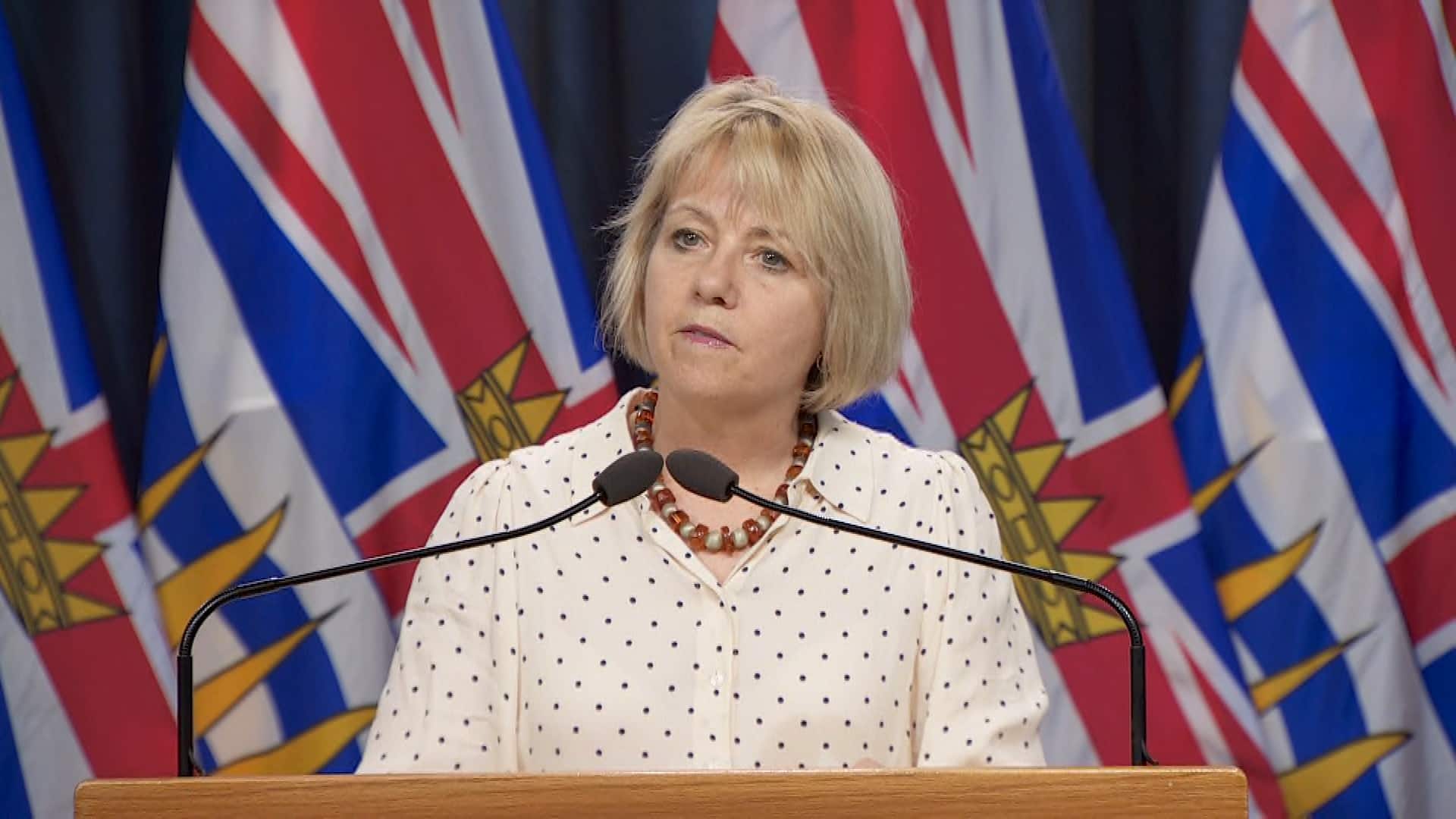 8 months agoVideo
2:47
B.C.'s provincial health officer teared up as she shared her condolences with the loved ones of overdose victims. 2:47

Henry also renewed her call for decriminalization of people who possess small amounts of drugs for their personal use.

"I believe we have ways within B.C. that we can have de facto decriminalization and some of those we see already in place where people don't face criminal charges, they may face administrative issues,'' she said. "They may actually get the support they need to understand the issues that led them to use drugs in the first place."

The public safety minister and solicitor general have been considering the issue, which also involves the federal government, she said.

"We do want action at the federal level and I've been calling for that and will continue that call today for action at all levels," Henry said.