B.C. recommends against all non-essential travel outside Canada as 7 new cases of COVID-19 detected

B.C. has announced seven new cases of COVID-19, including a new outbreak at a second care home on Vancouver's North Shore. The provincial health officer is recommending against all travel outside of Canada, and is calling for the cancellation of gatherings of more than 250 people.

Dr. Bonnie Henry says gatherings of more than 250 people should be cancelled to prevent spread

B.C. has announced seven new cases of COVID-19, including an outbreak at a second care home on Vancouver's North Shore, and is calling for strict limits on travel and public gatherings.

Provincial health officer Dr. Bonnie Henry said Thursday that she is recommending against all non-essential travel outside of Canada, and calling for the cancellation of any gatherings of more than 250 people.

"It's become apparent that this is a rapidly changing situation and the risk for us in B.C., while it hasn't changed a lot here, the risk has increased all around us. Our understanding of the situation has also changed," Henry said.

"We are strongly advising people not to travel."

Isaac Caverzan was heading to Las Vegas for a graduation trip when he learned about the limits on travel.

"Fourteen days of quarantine for a weekend vacation, it's a lot," he said, from the Vancouver International Airport.

He and his family decided to cancel the trip.

"It's frustrating, it's a gut-punch," Caverzan said.  "But it's better safe than sorry and that was the last thing for us." 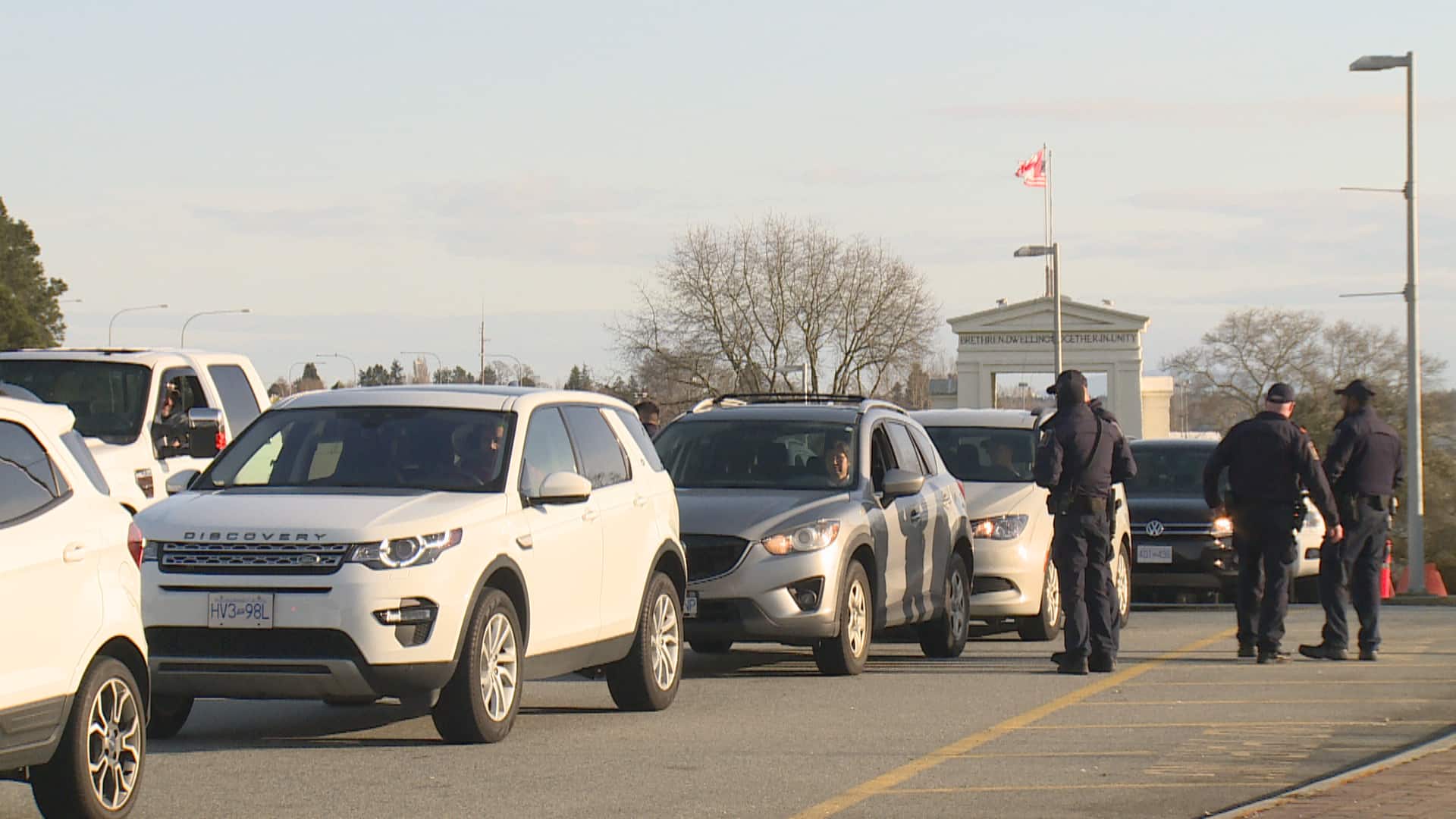 10 months agoVideo
0:35
Provincial health officer Dr. Bonnie Henry said Thursday that she is recommending against all non-essential travel outside of Canada, including the U.S. 0:35

The province has now identified 53 confirmed cases of COVID-19, including one death. The majority of B.C.'s cases have been relatively mild, and as of Thursday, only one patient was being treated in hospital and six have fully recovered.

Henry said the advice against international travel extends to the U.S., and that anyone who chooses to leave the country should stay home from work or school for 14 days. That includes people who are currently in the U.S. and will be returning in the days ahead.

He said the period of self-isolation is voluntary, though it will be required for all government employees.

Mary Hehn, 80, drives across the border to visit family in Seattle every couple of weeks. She was returning from one such trip when the announcement was made.

"This kind of bends the plans a little bit," she said, sitting in the driver's seat of her vehicle at a border crossing.

Hehn says she doesn't plan to self-isolate after this trip, but will do for any future ones.

"I was a little girl when they shut down everything for polio — the schools and the pools," she said.

"I lived through that and I'm sure we will live through this, too."

Dave Earle, CEO of the B.C. Trucking Association, says while the organization is in touch with government and health officials for the best practices to follow, transporting goods across the border is still considered essential travel.

"Take a look around and ask yourself what around you didn't come up on the back of a truck," he said.

"It's absolutely critical that we maintain that supply chain and we find ways to protect public health while making sure that we have the goods that we need."

Dr. Bonnie Henry calls for an end to large gatherings: 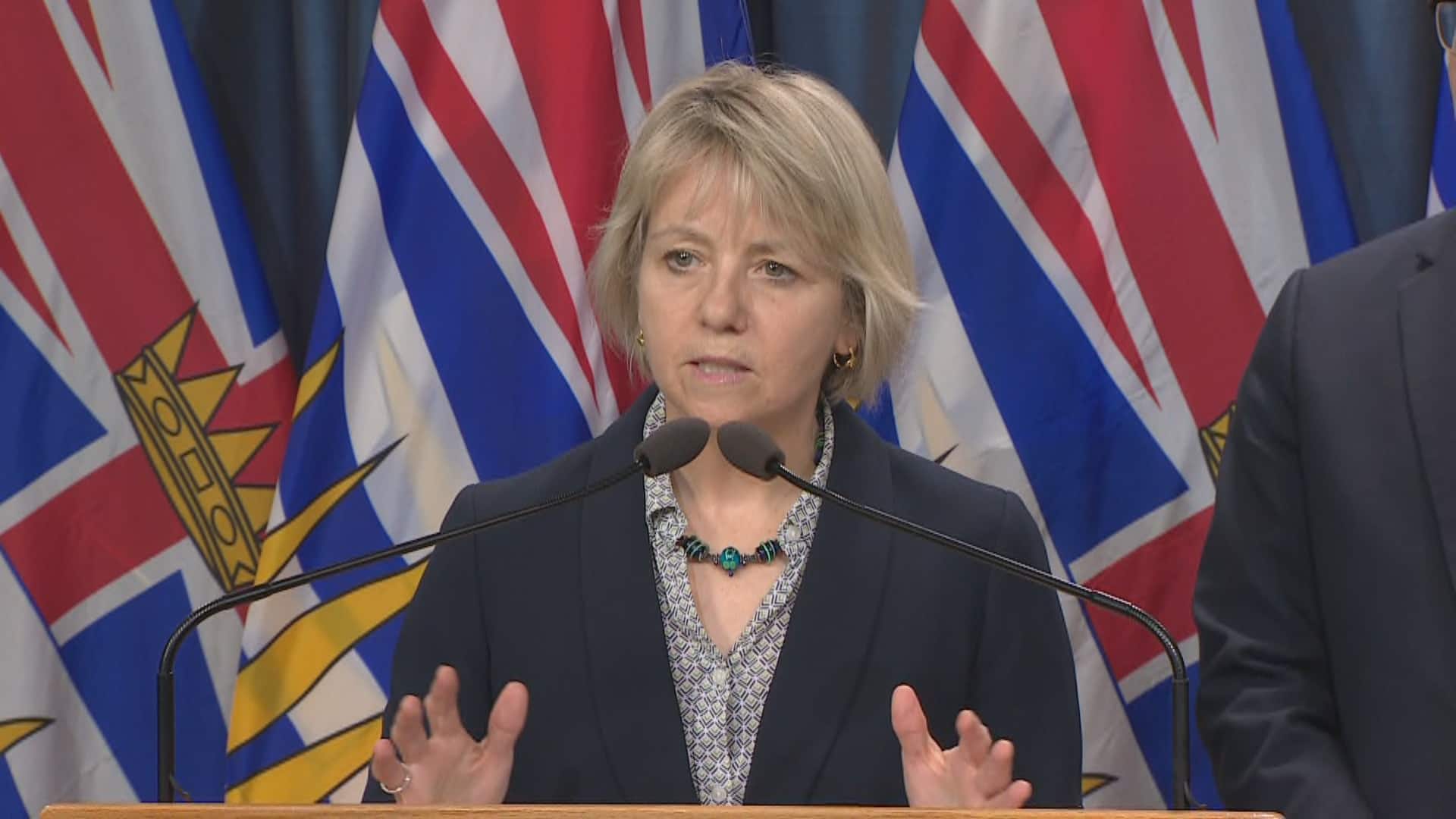 Dr. Bonnie Henry recommends against travel outside of Canada

10 months agoVideo
1:31
The provincial health officer says British Columbians should avoid any non-essential international travel, including to the U.S. 1:31

B.C. is not following the lead of other provinces in closing schools, Henry added.

"They are a place where young people can be kept safe from a lot of things. They can learn about social distancing," she said.

"The impacts of closing schools, especially abruptly, can cause social disruptions."

She said that if risks are detected in B.C. schools, however, the province will close them.

The new cases announced Thursday include three linked to Hollyburn House in West Vancouver. The patients are a resident in his 90s and two health-care workers who are also connected to an outbreak at Lynn Valley Care Centre in North Vancouver.

The other new cases include three linked to travel to the U.K. or Egypt, and one apparent case of community transmission that is under investigation.

"We remain vigilant in our efforts and are doing everything we can to protect the health and safety of our residents, families, employees, volunteers, suppliers, service providers and all other visitors," Collins said.

Collins said Revera implemented active screening beginning last weekend, which means everyone entering its facilities is asked about potential symptoms and their travel history, and temperatures are taken to detect fevers.

With files from Andrea Ross and Gian-Paolo Mendoza