'Nightfall Over Shanghai' is the third in a trilogy inspired by the 20,000 Jews who fled to Shanghai before the war

'Nightfall Over Shanghai' inspired by 20,000 Jews who fled to Shanghai before the war 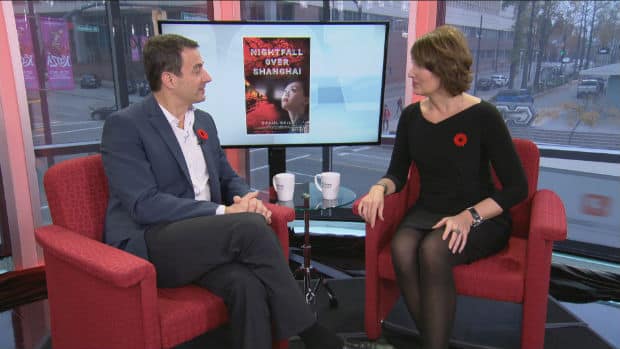 5 years agoVideo
5:46
"Nightfall Over Shanghai" is set in that city during World War Two. 5:46

Physician and fiction writer Daniel Kalla thought he knew all there was to know about World War 2 and the Holocaust — until someone asked if he knew about "the Shanghai Jews."

"It's this little secret slice of history about these 20,000 German Jews who escaped to Shanghai right before World War 2 and lived and survived there under surreal circumstances," said Kalla, who is head of the emergency medicine at St. Paul's Hospital in Vancouver, and also teaches at the University of B.C.

"I was blown away, because my own heritage is Jewish, and I just didn't hear anything about this story."

Kalla began researching World War 2 Shanghai — at that time a "microcosm" where Nazis, Communists, Japanese, English and Americans all lived together — and that inspired him to write a trilogy about a German-Jewish family fleeing to Shanghai.

Nightfall Over Shanghai, the final installment of the trilogy, came out in August.