In 1944, a WWII British transport plane carrying two Canadian airmen disappeared on a night-time mission. New research is close to finally resolving where they died. But government red tape is blocking efforts to finish the search. 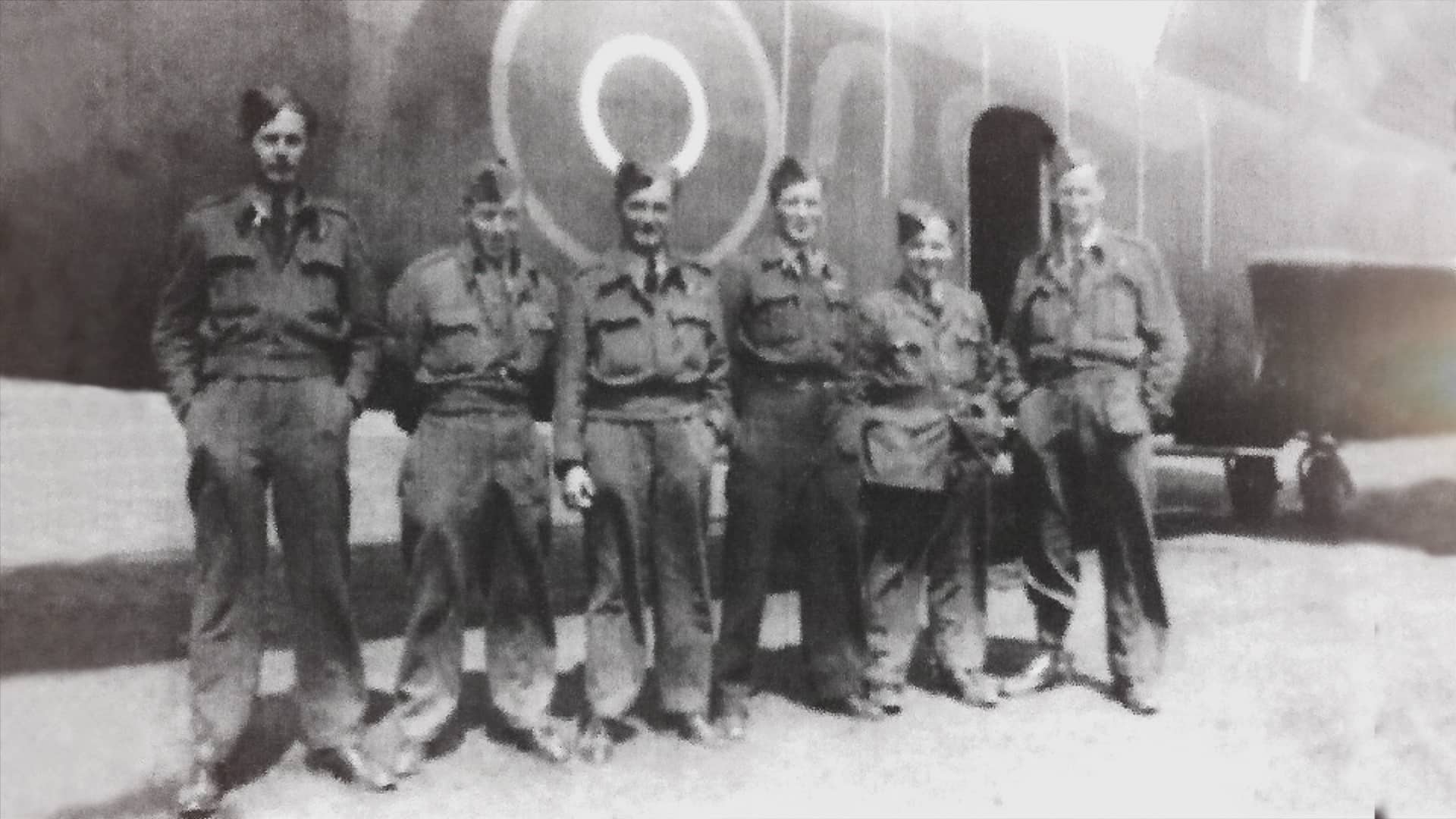 5 years ago
12:40
An archaeologist thinks he's located the wreckage of a downed WWII plane whose crew included two Canadian airmen. 12:40

The final resting place of two Canadian airmen who went missing during a covert Second World War mission may finally have been found, but French officials are blocking efforts to confirm it.

In addition to ferrying ammunition to the French Resistance, the plane was part of a covert operation transporting paratroopers to aid in the resistance efforts. The plane and the 23 people thought to be onboard never reached the mission's destination, vanishing instead into the night sky on June 18, 1944.

Graves believes he has located the aircraft in a field near a village in Normandy, and he wants to excavate the site.

"If there are any remains here, the police will be called and they'll have a proper burial instead of laying under a field with cows trampling all over them," Graves says.

However, Graves' efforts seem to be mired in red tape. In a letter, French officials have refused Graves' request to excavate, saying they consider the site to be "a war grave" and citing concerns over conservation, safety and jurisdiction.

Graves discovered some small pieces of wreckage by following up on an old war story about a plane that fell burning out of the sky. It crashed on a farm that was eventually rechristened with a name that would set off bells for even the most amateur sleuth: June 18th.

Graves managed to track down a couple of eye-witnesses to the crash who recounted a scene of chaos. "Nobody could get near because bullets and bits and pieces were zinging all over the place," Graves said, recalling what one witness told him.

Most villagers, who believed the downed aircraft was American, seem to have forgotten about the plane in the decades since the war.

"Local children used to play in the bits and pieces that were lying around," Graves said. "Up until 1980, I think there was a wheel sticking out of the ground."

Graves, who has unearthed dozens of warplanes in his native England, set about digging at the site by hand. He unearthed ammunition that he immediately recognized as British. His research from there helped him pinpoint the plane's identity.

"It's important to me for the families. I mean, they've been waiting all this time not knowing where their loved ones have died, just disappearing into the ether," he said. "And perhaps if this thing is done, we can put a memorial down at the road and they can come out and find out where their loved ones crashed."

More than 70 years after Ben Profit's death, it's an idea that gives his family comfort. Profit grew up in British Columbia, working as a logger until he left to train as a flight sergeant in the air force.

"I have memories of my mother getting telegrams when he went missing," said Al Pelkey, Profit's half-brother. "She wrote a lot of letters to government agencies to find out more."

"It would be great to see where it actually went down," said Wendy Gust, Profit's niece. "To see where the end of the story comes for Ben."

Graves' findings have them hoping that the request to excavate the site might yet be granted — and that Profit's remains might finally come home.

Watch The National's story about Ben Profit, Tony Graves' investigation and the site of the crash in the video player at the top of the page, or here.