It started as a cleanup of the Thompson River. Now, it's celebrated in over 60 countries across the world.

For Mark Angelo, a riverside clean-up is the best way to give back to a fruitful waterway. The avid fisherman, paddler and conservationist has long been a steward of B.C.'s rivers.

"Whether you walk along them, you paddle on them, you fish from them, you draw water from them, or simply admire their beauty — they're just incredible features," said Angelo told host Gloria Macarenko on CBC's B.C. Almanac.

In 1980, Angelo and a group of like-minded friends secured funding from the provincial government for their planned 'B.C. Rivers Day.' There was only one single event to mark the inaugural celebration: a riverside clean-up of the Thompson River.

He says it was the start of a global movement.

"We planned a few more events the next year, and a few more a year after that, and it took on a life of its own — tens of thousands of people were participating."

But the spirit behind the event was never confined to provincial, or even national boarders. Angelo, an avid traveller and inspired by the reception of B.C. Rivers Day, wanted to take the annual celebration to the international stage.

In 2005, Angelo approached the United Nations during its Water for Life campaign — a decade-long initiative to raise awareness about threatened water resources across the planet. Angelo advocated for an annual World Rivers Day to help anchor the campaign.

"We got their blessing, and then started approaching and dealing with countries and groups around the world," said Angelo.

The first World Rivers Day was celebrated in over a dozen countries. Now, the annual event is marked by celebrations in more than 60 countries, and the participation of millions of people. Each year, the event takes place on the last Sunday of September.

Celebrations across the world

This year's global events include a forum in South Korea addressing concerns of dams and barriers that prevent the flow of water in rivers and wetlands, as well as a Rally for Rivers in India.

In B.C., Rivers Day events are taking place across the province, including Burnaby, Maple Ridge, Kamloops, and Langley.

"Rivers Day puts forward a lot of messages, but one of those key ones is the need to be proactive — doing everything we can to protect healthy rivers up front while trying to restore those that have been damaged in past."

"A good part of that is being more precautionary in nature." 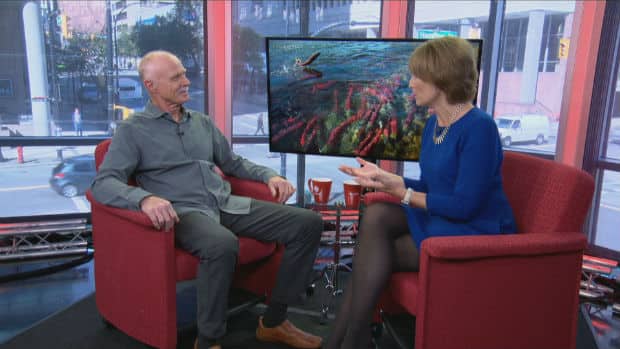 3 years ago
2:11
Marc Angelo founded the day to raise awareness of our waterways 2:11

With files from CBC's BC Almanac