'It makes me feel good to walk for the women': Thousands honour missing and murdered in Vancouver

The 29th annual Women's Memorial March made its way through Vancouver's Downtown Eastside neighbourhood on Friday.

The march, which started at noon at Main and Hastings, proceeded through the neighbourhood, ending at Oppenheimer Park. The first march, held in 1992, was in response to the murder of a woman on Powell Street.

"We've been stripped of so much," said Carol Martin, a longtime advocate for missing and murdered Indigenous women and girls.

"We've been stripped of our family, our identity, the very land from under us."

Indigenous women and girls are nearly three times more likely to experience domestic violence, murder, or other violent crimes than non-Indigenous women, according to information from the province.

As the march moved through the Downtown Eastside, there were several stops to acknowledge where women and girls were last seen or murdered.

Watch the crowds move through the streets: 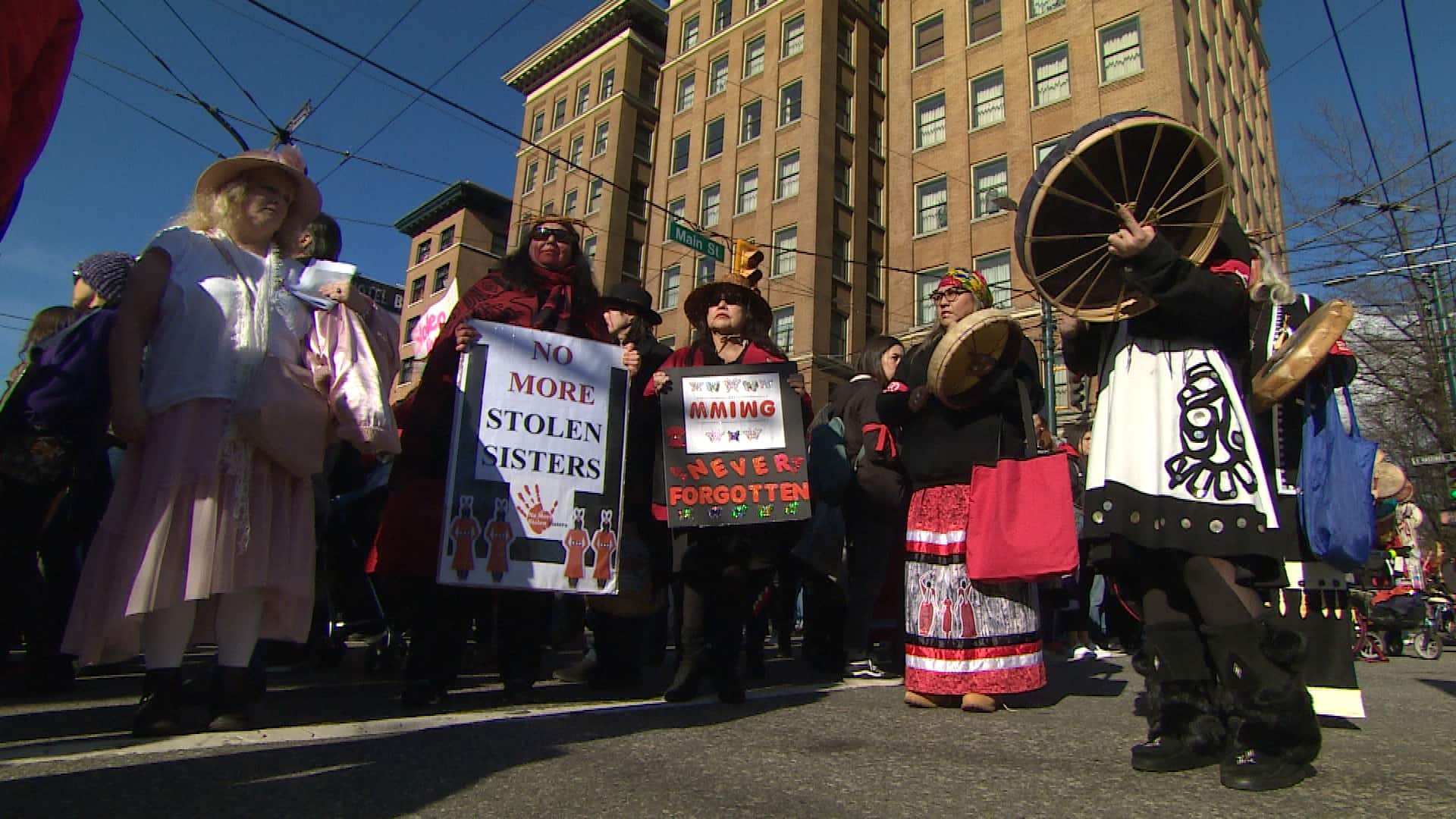 1 year ago
0:33
Hundreds gather to honour the lives of missing and murdered women. 0:33

Mabel Todd, 85, from the Nak'azdli Whut'en First Nation near Fort St. James, was one of the marchers.

"It's very heartbreaking to hear [the] stories," she said.

"It makes me feel good to walk for the women, you know, who have lost their lives and leave behind their children."

Todd says she'll be back.

After more than three years, the National Inquiry into Missing and Murdered Indigenous Women and Girls delivered its final report in June 2019.

While some estimates have suggested roughly 4,000 Indigenous women have been murdered or have disappeared over the past few decades, the inquiry report said the true number may be impossible to establish.

A statement from Premier John Horgan and other members of the B.C. government said they are committed to "listening to, and working with Indigenous women."

"We need to improve the safety of Indigenous women and girls by addressing and educating people about the underlying causes of systemic violence and racism that lead to their victimization at home, in the workplace and in industry, including addressing the social effects of industrial work camps."

With files from Andrea Ross