Vancouver police are investigating after a woman was shot and seriously injured at Oppenheimer Park on Saturday afternoon in what officers have said is not a random shooting.

53-year-old victim was stopped in a car just west of the park, police said

Vancouver police are investigating after a woman was shot and seriously injured at Oppenheimer Park on Saturday afternoon in what officers say was not a random shooting.

The 53-year-old woman from Powell River, B.C., was shot while stopped in a vehicle on Dunlevy Avenue, just west of the park, according to police. She had been visiting a man who's living at the encampment.

VPD Sgt. Aaron Roed says investigators are still working to determine who the intended target was.

Police received reports of the shooting around 3:30 p.m. PT on Saturday after the victim showed up in hospital. She underwent surgery and her injuries are not life-threatening, police said.

Police said they're concerned by a significant uptick in violence, weapons and calls to Oppenheimer Park and the surrounding area, which they attribute to gangs competing for territory around the park.

Earlier this month, police arrested three street gang members who were allegedly planning to kill a rival drug trafficker who operates near Oppenheimer.

Jennifer Nelson lives close to the park and works for a program that offers cannabis products to help addicts transition off harder drugs.

"It's a little scary with the number of shootings that have happened here and stabbings and other things like that, but I pretty much keep to myself," she said. "I think it's been a little worse this year. It's kind of crazy down here sometimes."

Nelson and others said that the problem with violence in around the park was mostly due to gangs, not people living at the encampment.

People at Oppenheimer Park say they feel safety concerns in the area are overblown: 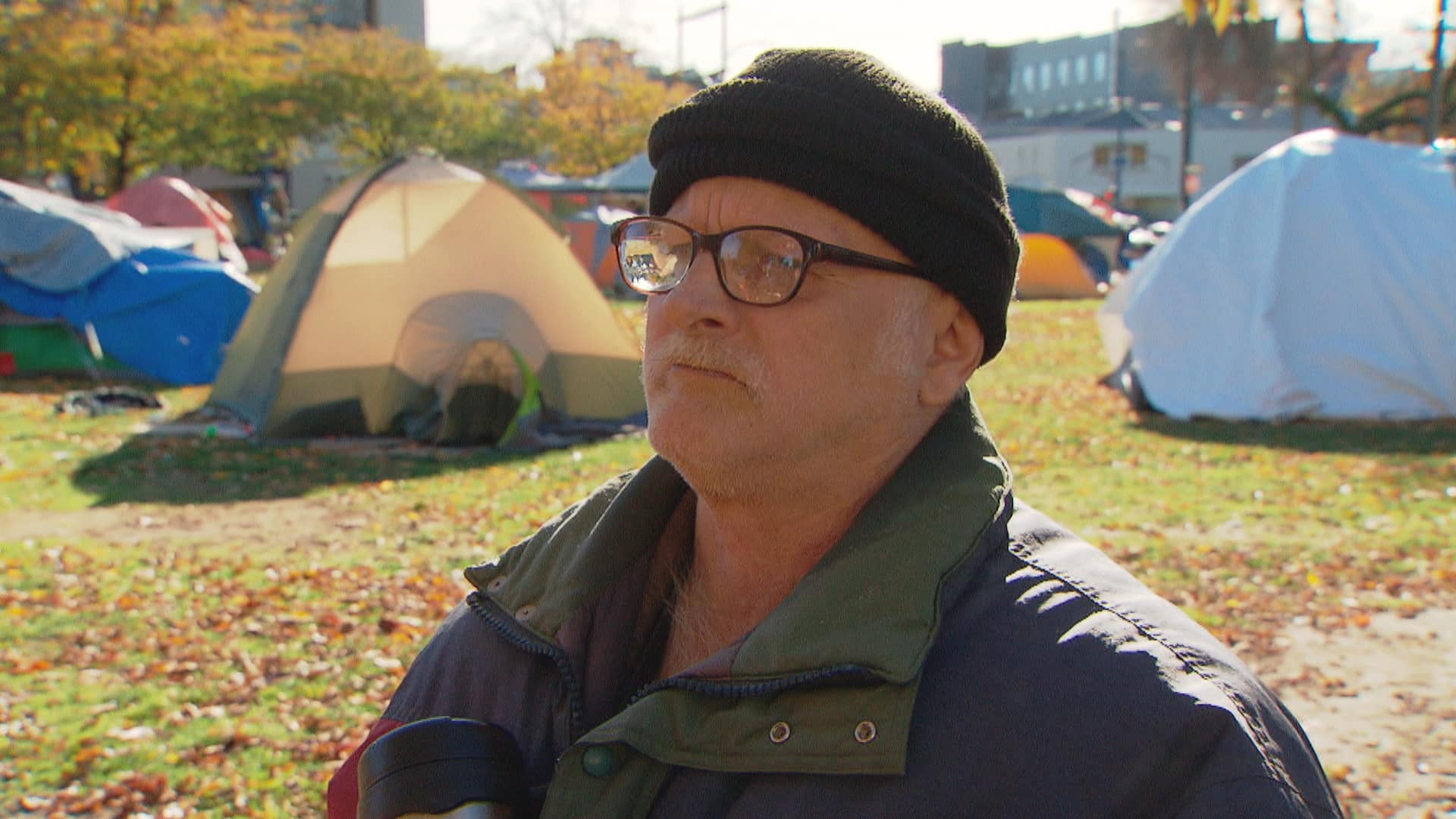 1 year agoVideo
1:03
People in and around Oppenheimer Park say the problem has more to do with gangs than residents at the park. 1:03

Detectives from VPD's Major Crime Section are in the early stages of the investigation and are looking to speak to anyone with information.