A 94-year old blind woman was kept in her room for two weeks after bedbugs infested her apartment in a B.C. nursing home. The home is operated by one of the biggest for-profit nursing home chains in the country, prompting a longtime legal advocate for the elderly to call for better regulations.

Sienna Senior Living apologizes to family, admits actions ‘should have been better’

Rita Bedford, 94, was kept confined to her apartment in a Chilliwack, B.C., senior care home for two weeks last December over the holidays — while bedbugs multiplied on her mattress.

She is blind, and a staffer alleged in emails to provincial authorities that employees of The Cascades facility were ordered not to tell Bedford what was happening.

But, so disturbed by what she saw, the staffer took photos.

Another took video — capturing bedbugs scurrying across Bedford's mattress, bloodstains, and bedbug carcasses on the floor. They sent the images to Bedford's daughter in Ottawa, early in the New Year.

"I couldn't believe my eyes," said Anne-Marie Burgon, recalling how she played the video several times, trying to absorb what she was seeing. "I'm so grateful that [the employees] were willing to stand up for their beliefs, for doing the right thing, the moral thing." 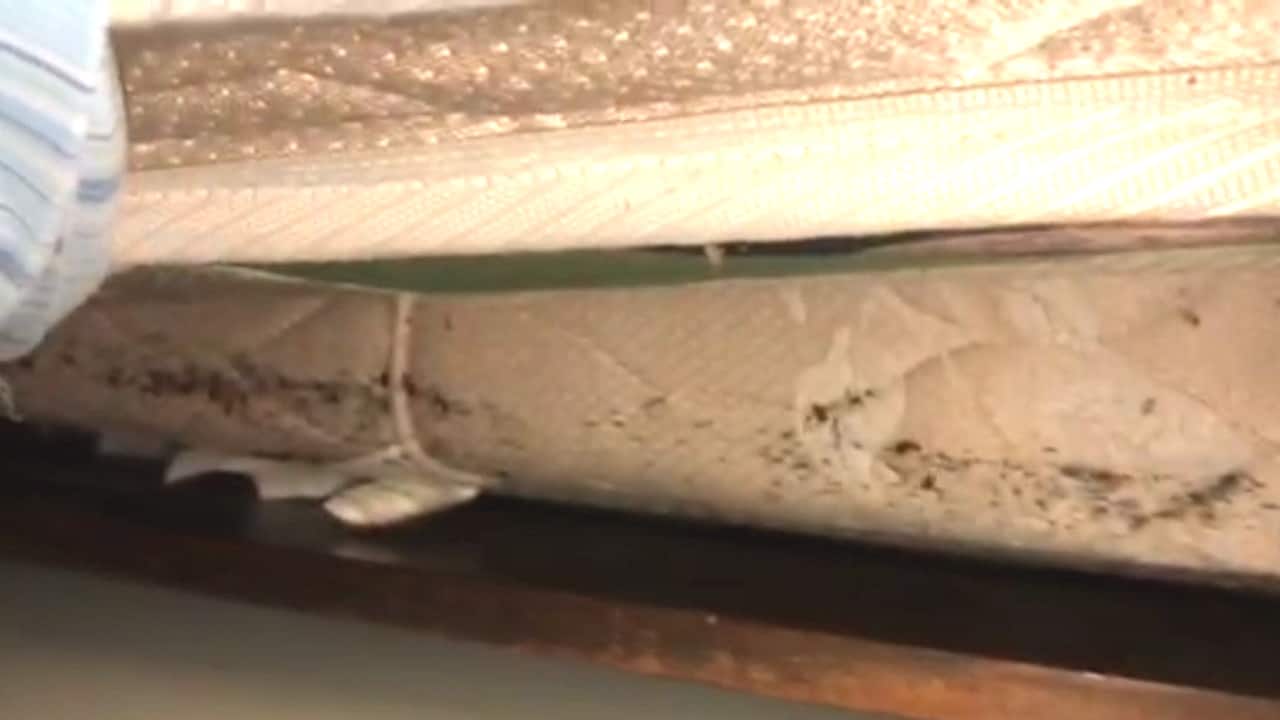 1 year agoVideo
0:32
An employee at The Cascades nursing home in Chilliwack, B.C., made a secret video of a bedbug outbreak on the mattress of a 94-year-old client. 0:32

"I could not believe that a facility in Canada … would allow something so hideous to happen."

Infuriating, yes, but "not shocking," said Amani Oakley, a Toronto-area lawyer who has battled nursing home chains for over two decades, and who currently has several lawsuits underway against Cascades owner Sienna Senior Living, formerly Leisureworld.

"I'm infuriated that we still are allowing these corporations to make money off our seniors … while delivering shoddy care," Oakley said.

Burgon was first contacted on Dec. 20, 2018 by the Cascades head nurse, who was filling in for the vacationing executive director.

She says she was told that a resident living next to her mother had brought bedbugs into the facility and that a single bedbug had been found on Bedford's bed.

"I assumed they knew what they were doing," said Burgon. "I thought it would be not much of a big deal."

But according to a timeline the home later provided to health authorities, employees had, on Dec. 19, found "10 small bite marks" on Bedford's back and arms, "blood spots" on her bed and "five possible bed bugs" on her floor.

Staff were told to "wash and change" Bedford, and a pest control company was brought in, though only the apartment next to hers was heat-treated and vacuumed, according to the timeline. In Bedford's apartment, an ant trap was placed between her mattress and box spring.

After two weeks, on Jan. 2, a Cascades employee complained to regulators with the Ministry of Health, reporting she and her colleagues were being instructed to keep Bedford confined to her room.

"Please help," the employee wrote in an email. "It's inhumane."

She claimed management told staff to lie to Bedford — that she was sick and couldn't visit with friends or share Christmas dinner with other residents. She also alleged management threatened to fire any staff who spoke publicly or to other residents about the outbreak.

"I just can't do it any longer," the employee wrote, calling Bedford a "blood buffet."

"This woman is 94 and blind. Locked in a room, being chewed up while management hides it."

That same day staff moved Bedford and her neighbour to new suites. Management later claimed, in the timeline, that they didn't have other rooms available until then.

An employee secretly described what her mother had endured over the holidays, Burgon says.

"I was told of her crying and asking repeatedly, 'Are these bugs crawling on my skin?'" she said. "It broke my heart ... I felt betrayed."

Around then, Cascades executive director Rob White returned from vacation.

Burgon says he told her that Sienna did not know how to handle the bedbug outbreak and says he repeatedly complained to her about the cost of dealing with it.

"I had to listen to his concerns about how expensive this was and how much time it was taking him away from his job," Burgon said.

White did not respond to Go Public's request for an interview.

'Inspections tend to be announced'

The lawsuit named Extendicare, which runs 96 homes across the country; Sienna, which operates 83; and Revera, which runs 76.

Oakley alleged the companies were "systematically negligent" but the Ontario Superior Court of Justice discontinued the lawsuit, says Oakley, because the cases were too dissimilar.

She is instead pursuing dozens of individual lawsuits on behalf of the families.

"Part of the problem is that [government] inspections tend to be announced," said Oakley. "So they [long-term care chains] know when the inspectors are coming, weeks ahead of time."

Go Public asked several provinces whether their inspections are announced or unexpected.

Alberta, Saskatchewan, Manitoba and Ontario said some inspections are not announced, while others are and happen every one to two years — more often if a complaint is reported or a problem found. Nova Scotia said all inspections are unannounced and happen at least twice a year. Inspections in B.C. were previously only triggered by complaints. New legislation that takes effect Dec. 1 allows inspections at any time.

But even when problems are discovered — Oakley says many homes are understaffed, and she often hears of one nurse being in charge of 60 people at nighttime —  getting justice can be a challenge.

She says the courts don't place much value on the lives of elderly people who are no longer working. "I've been told by a judge that I'm wasting his time because the case is [financially] modest," she said.

Sienna Senior Living is a publicly-traded company worth $1.25 billion in 2018.

Seniors' home 'not in compliance'

Complaints to regulators from staff and Burgon led to an investigation and two reports in May and in June, which found Cascades violated regulations including not providing a "safe and sanitary environment" and not protecting residents by responding in a timely manner to allegations of "abuse and neglect."

The site was also found to not have sufficient staffing levels.

As of last week, the home was still "not in full compliance" with health and safety standards, according to a Ministry of Health spokesperson, who added that officials had a recent meeting with Sienna to discuss outstanding issues and to ensure the company keeps working toward "full compliance."

Cascades management apologized in a letter to the family for the "housekeeping inadequacies, miscommunications … and the overall experience."

Sienna Senior Living declined an interview request by Go Public, sending a statement that said the company regrets what happened.

"Our goal is to provide all tenants with the best possible quality service and overall retirement living experience through the warmth of human connection," wrote a spokesperson.

"We recognized that there were actions that should have been better."

"We have apologized and worked with the tenant and family to resolve their concerns."

The spokesperson would not say why Bedford was left in her room for two weeks, nor comment on a staffer's allegation that management threatened to fire any staffers.

Burgon decided it would be too disorienting to move her mother — who turned 95 in February — to another nursing home. She's worried that speaking out about the care her mom received will bring repercussions, but says she wants Sienna held accountable.

"You trust that they're [Sienna] going to uphold their part of — not even the legal contract, but the social and moral contract," says Burgon. "I'm appalled at how callous they were."

We tell your stories, shed light on wrong-doing, and hold the powers that be accountable.