RCMP says an internal code of conduct review is being done after an incident Sunday in which a man was pursued and kicked by an RCMP officer in the city in B.C.'s central Interior.

The RCMP have now launched an internal code of conduct review over an arrest near Williams Lake, B.C., caught on camera and shared on social media.

The video shows police cars, sirens blaring, setting up a roadblock on Highway 97 in the central Interior city on Sunday.

A pickup truck rolls to a stop on the edge of an embankment, a man stumbles out and is pursued by an RCMP officer. As an arrest is made, a second responding officer runs toward the suspect, appears to stomp and kick him, before aiding in the arrest.

Charli Fortier filmed the incident. Posting on Facebook, she wrote: "Police brutality is real when they deal with us qelmúcw! ...As you can see, this man CLEARLY surrendered. Then gets jumped by the police. I rolled down my window to yell at them and dad started honking the horn. When you see the police dealing with our people, ALWAYS film."

Qelmúcw means "all people" in the language of Secwepemc Nation located near Kamloops. 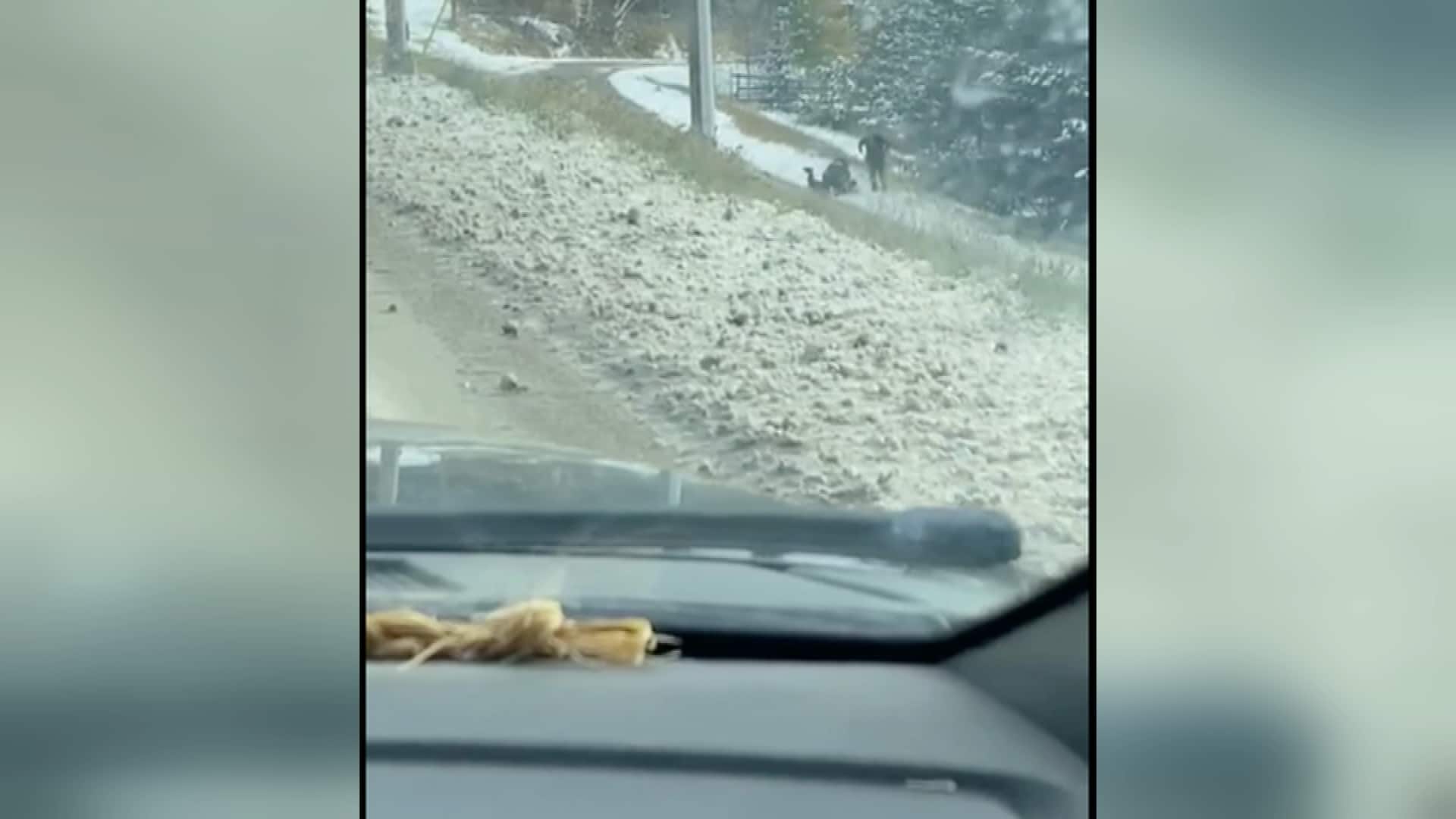 3 months agoVideo
1:30
This video of an arrest by Williams Lake RCMP has resulted in an internal investigation into the action of the officer. 1:30

In a statement to the media, RCMP North District Chief Supt. Warren Brown confirmed RCMP have launched an internal code of conduct investigation.

"Discussions are continuing with respect to what role an external agency may have in reviewing the use of force, and determining whether it was reasonable and necessary under the circumstances."

But Brown insists the civilian video "does not provide the full scope of the arrest" which "was the culmination of a high-risk, multi-jurisdictional incident that put the lives of the public and police in several communities in jeopardy."

RCMP say officers received reports of an erratic driver near Kamloops, B.C., on Sunday morning. After failing to stop for police, the suspect led officers on a high-speed chase that ended after two spike belts were deployed, and blew out the suspect's truck tires.

Police believed the suspect may have been in possession of a loaded handgun.

In his written statement, Brown states the suspect "refused to comply with the officer's commands to show his hands and a struggle ensued, with the officer attempting to pull the man's hands from underneath him, in order to gain control and handcuff him."

"A second responding officer, who was aware the man could be armed and was not complying with the initial officer's commands, utilized several strikes including one with his foot to rapidly gain control of the suspect and resolve the situation."

Brown states RCMP dashboard cameras captured the arrest from a different angle than the civilian video.  RCMP says it is unlikely to be released, unless it is submitted as evidence in court.

The suspect was arrested without further incident and was found not to be in possession of a firearm.

Tyrell Giroux remains in custody on seven outstanding warrants, and faces charges including dangerous driving, flight from police and resisting a police officer.

Local First Nations are calling for the immediate suspension of the RCMP officers involved in this incident and a thorough, transparent and independent investigation.

"We are shocked and outraged by the police violence captured in this video" said Chief Joe Alphonse, Tribal Chair of the Tŝilhqot'in National Government with headquarters in Williams Lake. "We are particularly concerned by indications that the man attacked by RCMP in this video is Indigenous. Unfortunately, the threat of unwarranted, unnecessary violence from the RCMP is a reality that Indigenous peoples live with every day."

Alphonse is also demanding an immediate meeting with the RCMP and the Ministry of Public Safety to ensure that appropriate action is being taken to address this situation.