Once upon a time, frankincense and myrrh were in hot competition with gold in the valuables department. They were highly prized. They were a phenomenon. They were it.

Once upon a time, frankincense and myrrh competed with gold in the valuables department. They were highly prized. They were a phenomenon. They were it.

Today, many people aren't even sure what frankincense and myrrh are — or that they have potential health benefits.

Some have heard of them from the Bible, most famously in the New Testament, where they, along with gold, made up the three gifts the Three Wise Men brought to the baby Jesus.

"They were extremely valuable,"  says Tara Mulder, an assistant professor of classics at the University of British Columbia, who specializes in the history of medicine.

"They were among the most valuable substances for people in the Roman Empire, she said. "They were incredibly valuable to ordinary people and to royalty alike."

Frankincense and myrrh are resins that come from two trees — the Boswellia and the Commiphora myrrh trees respectively — two types of trees that are botanically related.

The trees grow in tropical areas around the world, including North Africa and the Arabian peninsula.

Back in the time of Christ, and well into antiquity before, the resins were highly sought after for their healing properties. The resins can be ground into powder and burned as incense, applied on the skin, or ingested.

Today they also can be taken in capsule form.

People were desperate for them, says Doug Daly, a senior botanist at the New York Botanical Garden, who has studied the trees from which frankincense comes for 38 years.

"During the first century AD, Rome imported up to 3,000 tons of frankincense and up to 600 tons of myrrh ... they basically went into debt buying these precious substances," Daly said in an interview.

Today, both frankincense, which means "quality incense," in old french, and myrrh, which derives from the Arabic word for bitter, are studied by medical researchers for their potential ability to help treat a range of conditions from arthritis to cancer.

Ajay Goel, a gastrointestinal cancer scientist at the City of Hope Comprehensive Cancer Center in Monrovia, California, says it's amazing what the ancients knew.

"Basically we have come full circle around where we knew something worked. Now we're providing all this evidence about how it works just to know what we already knew all along," said Goel, who studies how to target disease at the molecular level.

He's conducted numerous pre-clinical studies that indicate Boswellia extract, along with curcumin, which is a substance in tumeric, might help in the treatment of colorectal cancer. Studies show the substance helps make cancer that has become unresponsive to chemotherapy again responsive to the treatment.

Research in animal models indicates the use of Boswellia may inhibit the return of colorectal cancer, Goel said.

Goel, who takes Boswellia every day, says although its healing effects aren't proven by modern science, he believes the day will come when it will be used to supplement mainstream treatments for inflammatory conditions and perhaps cancer also.

He points to pre-clinical research indicating it can alleviate symptoms of osteoarthritis, rheumatoid arthritis and that it may suppress cancer cell growth.

'Dizzying' array of uses in antiquity

Doug Daly with the New York Botanical Garden, says in antiquity even before the birth of Christ, frankincense and myrrh were desired for a "dizzying" array of purposes.

Frankincense was used to treat ailments including gout, forgetfulness, swelling on the brain, sore throats, toothaches, and stomach problems.

Today, myrrh has been discovered to contain compounds that interact with the brain's opiate receptors, perhaps explaining why the ancients sought it for its pain-killing effects.

The New Testament says Jesus was offered wine mixed with myrrh during his crucifixion.

Daly said species of the Boswellia and myrrh trees can be found in tropical zones around the world, and people living in different, unrelated regions — from the Amazon to Vietnam  — independently use them as folk medicine for similar problems.

Daly says the most widespread common use for them are their antiseptic and antibiotic properties, as well as for lung and skin ailments.

While the jury is out as to what the medical evidence shows, Daly said the scientific community should remember to examine plants — including Boswellia and myrrh — for their unexplored trove of chemical compounds.

"It can't be a mere coincidence," he said. 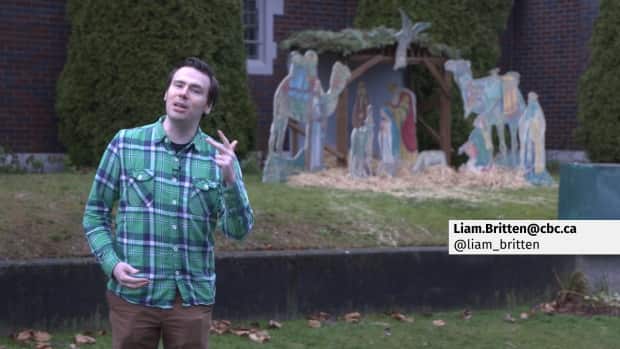 Frankincense & Myrrh: Where are they today?

1 year agoVideo
2:04
Liam Britten examines the origins and usage of frankincense and myrrh. 2:04

Paisley Woodward is an award-winning investigative producer at CBC Vancouver. Before coming to CBC she was a Crown prosecutor. She earned her law degree at UBC. You can reach her at paisley.woodward@cbc.ca; @paisleyw2; 604-662-6838.