Supporters of the Coastal GasLink blockade say police in tactical vehicles and gear carried out a pre-dawn raid of the camp.

Six people were arrested at a camp on traditional Wet'suwet'en territory as RCMP conducted a pre-dawn raid to enforce an injunction order against those blocking construction of the Coastal GasLink pipeline in northern B.C.

According to supporters of the blockade, more than a dozen RCMP officers moved past the police checkpoint on Morice Forest Service Road early Thursday morning.

"It's a whole damn army up there," said Wet'suwet'en hereditary Chief Woos, who also goes by the name Frank Alec.

"They've got guns on, they've got tactical gear on. They look like they're ready for war."

The arrests were made at kilometre 39 — one of three camps built by supporters of the Wet'suwet'en hereditary chiefs — on the traditional territory near Houston, B.C., Gidimt'en clan spokesperson Molly Wickham said in a Facebook video.

"They're clearing out 39-kilometre camp, which is the supply camp. We have word they started tearing down the tents," Wickham told CBC News by phone, just before watching several RCMP trucks drive past her.

"[We're] frustrated and worried about people."

"This is not the outcome we wanted. We have made exceptional efforts to resolve this blockade through engagement and dialogue," said Pfeiffer.

The RCMP statement said no one will be allowed past the force's access control checkpoint Thursday while the order is enforced, except enforcement officers and some Wet'suwet'en hereditary chiefs and elected council members who have an arrangement with a senior RCMP commander.

"Local residents, media and the motoring public may be inconvenienced during the injunction enforcement period," it said.

Police entered the camp at 4 a.m. PT to "remove those whose presence would interfere with the lawful execution of duties," RCMP said.

Supporters were told that the area they were in was part of an exclusion zone and told to leave or be arrested for obstruction, according to RCMP.

Of the six who were arrested, police say one had locked herself in a vehicle and removed her clothing. Police broke a window to enter the vehicle and take her into custody.

Another man "dressed in a costume" fled by climbing a tree, but was later arrested.

All six were taken to the Houston RCMP detachment and are expected to be released with an upcoming court date, police said.

Several others, including members of the media, were removed for "safety reasons" but not arrested, RCMP added.

Na'Moks, a hereditary chief with the Wet'suwet'en Nation who also goes by John Ridsdale, said there was no reason for police to remove supporters from the land.

"They came in with armed forces to remove peaceful people that are doing the right thing at the right time for the right reasons. We're protecting the land, the air, the water. Our rights and title, our authority as hereditary chiefs. And we're exercising our jurisdiction," he said.

"We've never ceded nor surrendered our lands. We've never signed a treaty. We are the law of the land, we are free people and I will go to my territories."

The Union of British Columbia Indian Chiefs president called the police action a blow to reconciliation.

"It's an absolute outrage and deeply frustrating that the RCMP is acting in the capacity of a goon squad on behalf of business and industry," said Grand Chief Stewart Phillip.

"It's particularly frustrating in the province of British Columbia in the aftermath of the enactment of Bill 41, which fully embraces the UN Declaration, which speaks about free prior and informed consent. It was to be the framework to chart a path forward."

"The use of force against peaceful people is a violation of human rights and First Nations' rights," he said. "The RCMP is sworn to uphold Canada's law, but Canada must respect First Nations laws and Wet'suwet'en laws"

Mounties say they will provide information on the arrests later today. 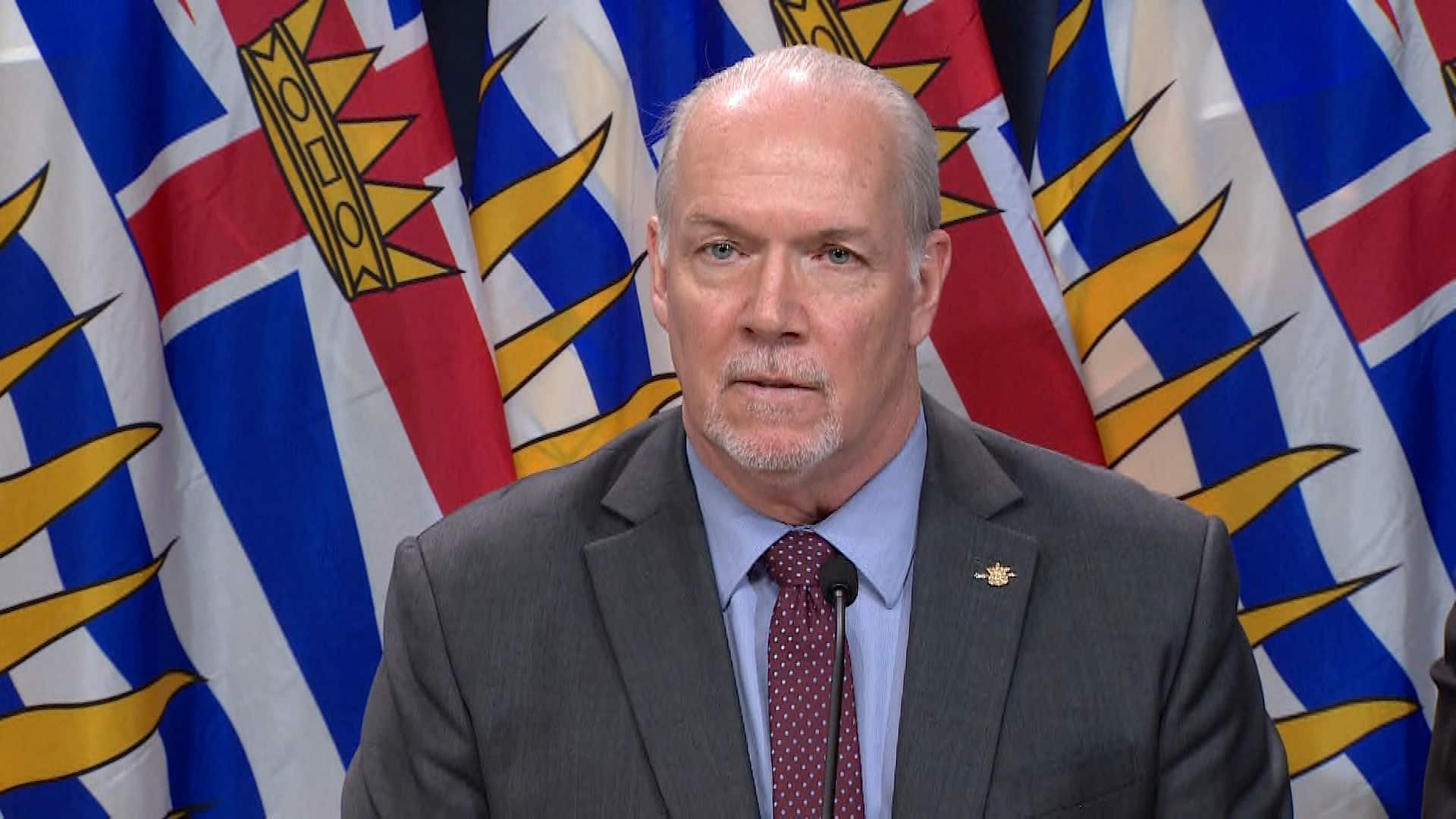 The RCMP action comes two days after last-ditch talks broke down between the B.C. government and Wet'suwet'en hereditary chiefs, after the two tried to find a peaceful resolution to an ongoing standoff over the natural gas pipeline's construction.

On Wednesday afternoon, RCMP told supporters of the hereditary chiefs to leave the area or face arrest. The force said it had "maximized" the discretionary time frame provided by the court and was moving to enforcement as a result.

The Coastal Gaslink pipeline would run through Wet'suwet'en territory to LNG Canada's $40-billion export facility in Kitimat, B.C. The pipeline is owned by Calgary-based TC Energy, which agreed to sell a 65 per cent stake in the project to private investment firm KKR and the Alberta Investment Management Corporation (AIMCo) in December.

The Wet'suwet'en hereditary chiefs have said their protest against the $6-billion, 670-kilometre pipeline is and will remain peaceful.

As RCMP moved in Thursday, Wet'suwet'en hereditary chiefs announced they were launching a court challenge against the pipeline's environmental approval.

The application is asking for a judicial review of the B.C. Environmental Assessment Office's decision to extend an environment certificate for the pipeline by five years.

A statement said the extension was granted "despite over 50 instances of non-compliance" by Coastal GasLink as well as a failure to incorporate recent findings of the Inquiry on Missing and Murdered Indigenous Women and Girls, which found links between resource-extraction projects, "man-camp" environments and increased violence against Indigenous women.

Protests against the police action sprung up at the B.C. Legislature in Victoria and the entrance to the Port of Vancouver at the intersection of Hastings Street and Clark Street in Vancouver.

With files from Chantelle Bellrichard and Yvette Brend