As the first waves of Syrian refugees arrive in B.C., Canadians are opening their hearts and homes to them.

British Columbians across the province getting ready to support newcomers 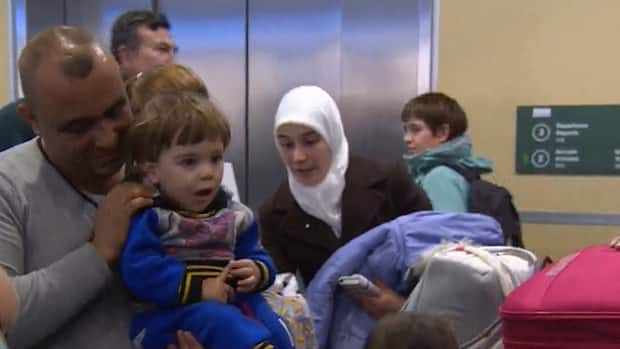 As the first waves of Syrian refugees arrive in B.C., Canadians are opening their hearts and homes to them.

When her long-term tenants gave notice to Nancy Willborn, she knew she wanted to offer her Ladner, B.C. townhouse to a deserving refugee family. Willborn knows she could rent out her place for twice as much as she'll get from refugees, but she says helping people rebuild their lives is more important.

"I'm aware of the need that's going on in the world at the moment with this refugee crisis," she said. "I just thought that I would offer the house."

She is renovating the home for the family that is expected to arrive soon.

"My parents were here helping the other day. Mom is, I don't know 83. Dad is 88 and they were on their hands and knees [doing work]."

Sean Hodgins is offering a similar three-bedroom unit for Syrian refugees nearby through his property management company, Century Group.

"We were part of sponsoring a family from Kosovo and 15 years later, that family is actually employed in our company. I think it's just such a great story of our history to be able to support refugees that ... why wouldn't we do it again?"

The homes are part of a new program created by various churches in the community to support Syrian refugees.

A townhall meeting is scheduled for Wednesday night at the Ladner United Church to canvas other residents to see if they can help Syrian families. Organizers say they need professionals like doctors, dentists and lawyers to offer their services.

One of the refugees, Samer Alragheb, who arrived at the Vancouver International Airport along with his wife and 18-month-old son on Monday said he is grateful for all the support he has received thus far.

"He said his dream was to come here," Alragheb said via a translator. "He told everyone in the past ... that his son's first steps will be in Canada and thank God  it happened."

With files from Bal Brach and Belle Puri