Police say the suspect allegedly yelled racist remarks, including comments about COVID-19, at a 92-year-old man with dementia.

Vancouver police say numerous tips from the public have helped investigators identify the suspect in what appears to have been a racially motivated assault at an East Vancouver convenience store last month.

Police put out a call for help Wednesday and released a video of the March 13 incident.

At a news conference Thursday, Const. Tania Visintin said releasing the suspect's image to the public even before charges have been brought forward is just one aspect of an investigation.

"There are many pieces to the puzzle, including interviewing witnesses and suspects. We are so grateful for the help the community has given us," said Visintin.

The in-store surveillance video captured at a convenience store near Nanaimo Street and East 1st Avenue shows a white male who appears to be yelling at a 92-year-old Asian man, who police said has dementia.

In a press release Wednesday, the VPD said the suspect in the attack was yelling racist comments about COVID-19.

The suspect allegedly shoved the elderly man out of the store, which caused him to fall to the ground outside and hit his head.

In the surveillance video released by police, the suspect appears to help the elderly man sit up. But police say the suspect left before they arrived.

Visintin also said the suspect has had previous "dealings" with police, but did not provide any details. 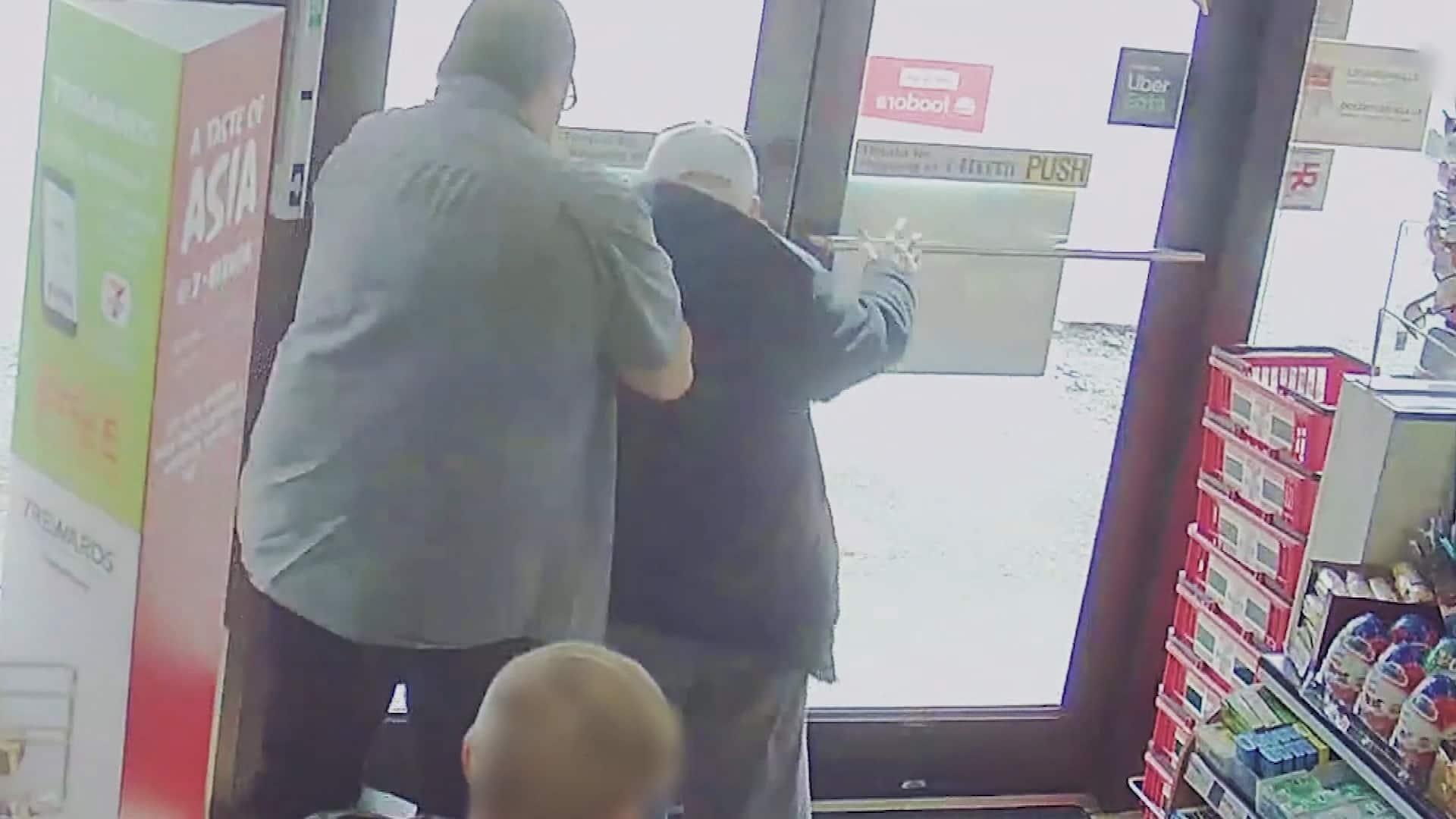 8 months agoVideo
1:33
Police are asking the public for help identifying the suspect. They say he began yelling at a 92-year-old man with dementia, making comments about COVID-19, then shoved him, causing him to fall and hit his head outside a convenience store in East Vancouver on March 13. 1:33