Police have released video showing a man lighting a sleeping woman on fire early in the morning of Dec. 13 outside the Queen Elizabeth Theatre.

Video showing a man setting fire to a homeless woman sleeping on a Vancouver sidewalk has been released by the Vancouver Police Department in the hope people will see it and come forward with tips.

"This was a shocking attack that targeted a vulnerable member of our community, and we hope the public can help solve this crime," said Sgt. Steve Addison. "Fortunately, the victim woke up just in time to put the fire out and escape serious physical injury. A few more seconds and this could have been tragic."

Police say the woman in her 30s was sleeping on Hamilton Street near the Queen Elizabeth Theatre when the unidentified man approached at around 4 a.m., Dec. 13, 2020.

He appears to look around before setting her blanket on fire and leaving.

The fire smouldered for several minutes, spreading to her belongings and burning her jacket. 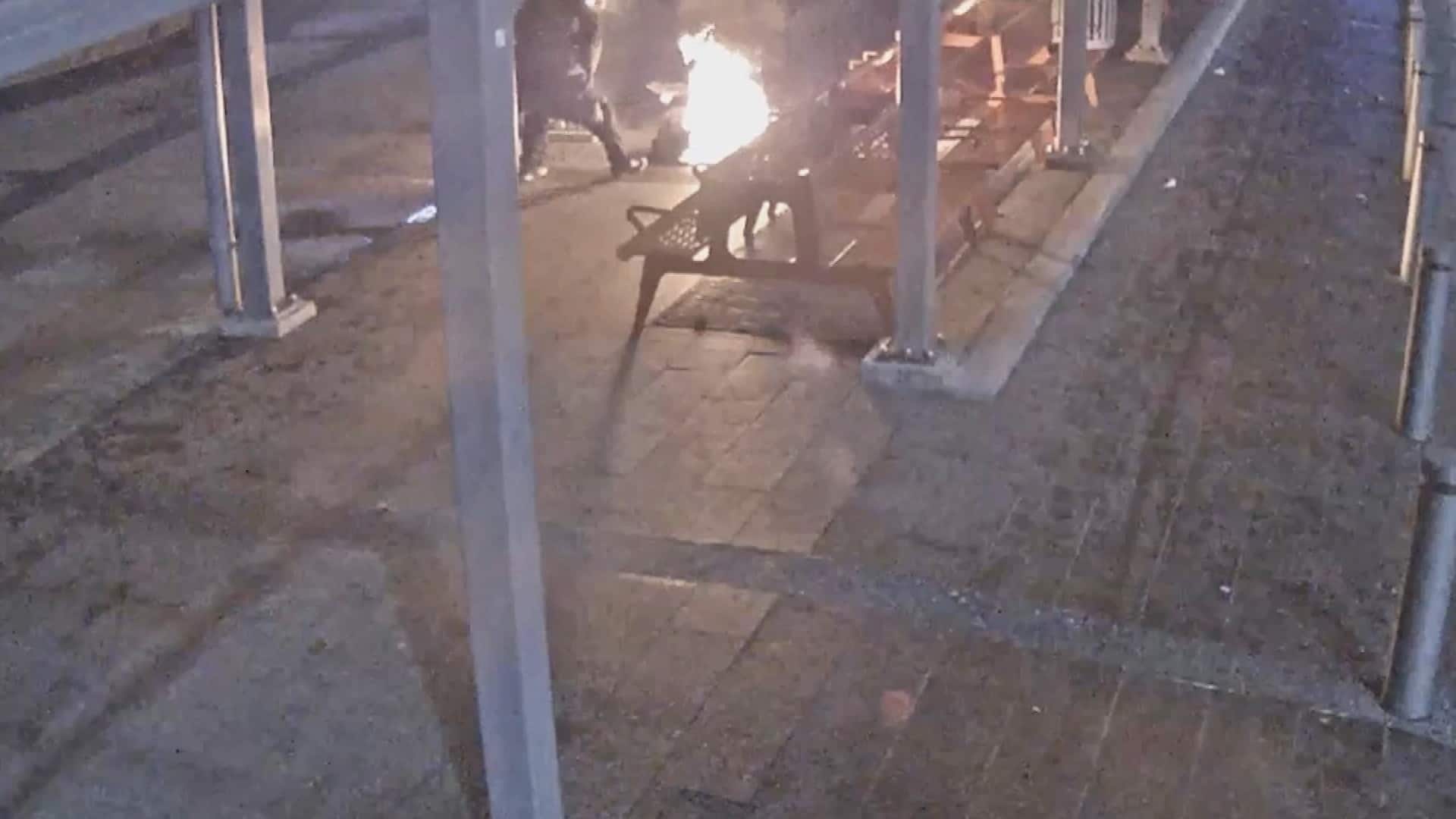 2 months ago
0:35
Vancouver Police are looking for tips after a man set fire to a woman sleeping on the sidewalk of the Queen Elizabeth Theatre. 0:35

Police say they do not know the identity of the victim and that she did not report the incident to police.

She appears to be white, in her 30s with dark, shoulder-length hair and was wearing a grey, full-length button-up jacket.

The suspect also appears white, between 35 and 50 years old and between five feet five and five feet 10 inches tall. He wore a unique black and white Oakland Raiders jacket at the time of the crime.