Neighbours in East Vancouver say they not only want to survive an earthquake in the city, but also be prepared to help each other in the anticipated aftermath of a big shake. 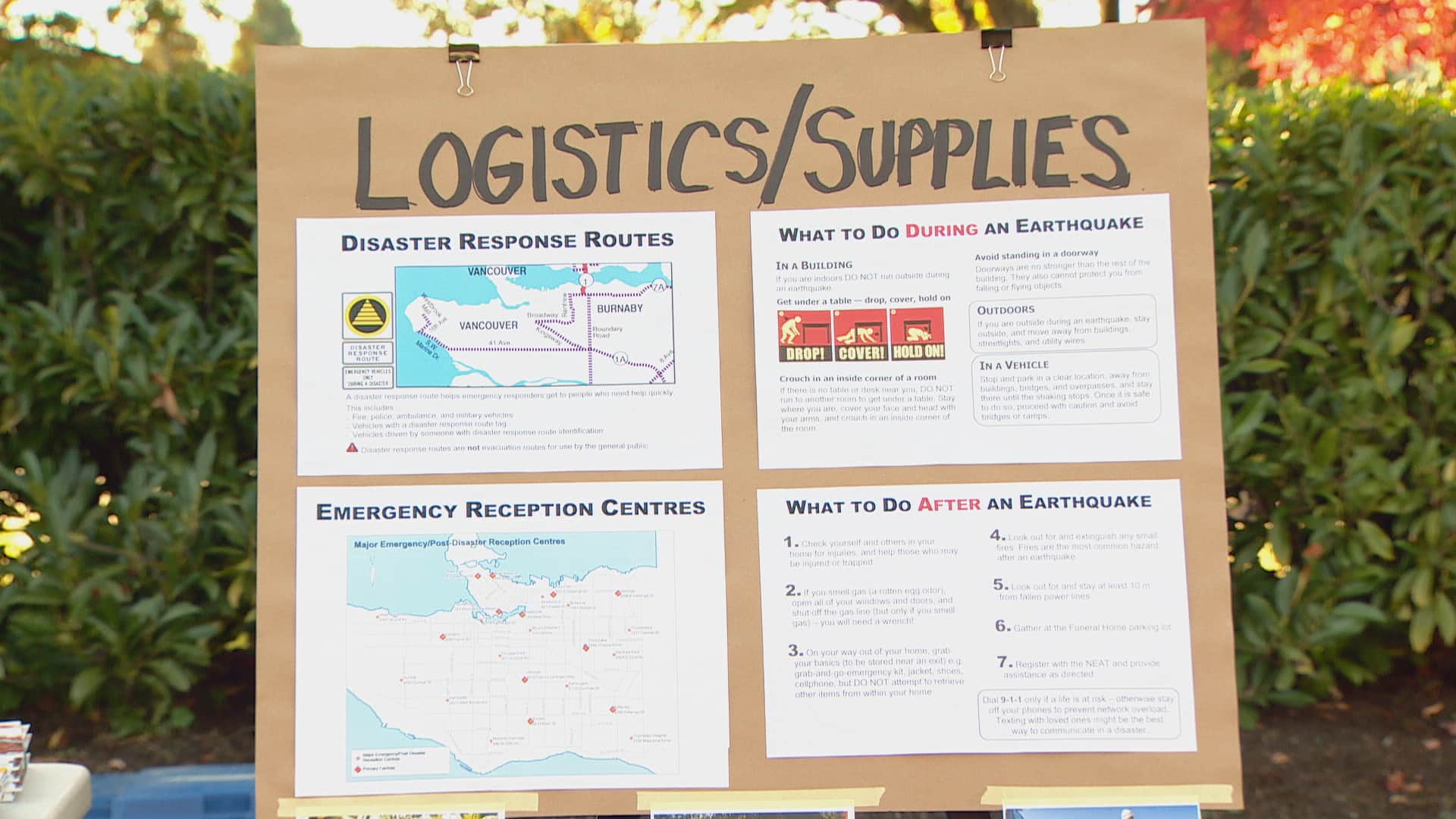 Neighbours in East Vancouver say they not only want to survive an earthquake in the city, but also be prepared to help each other in the anticipated aftermath of a big shake.

A group of residents who live near Fraser Street and East 37th Avenue — more than 500 people — have gone way beyond just preparing earthquake kits and evacuation plans in their homes.

They have a neighbourhood preparedness plan as well.

"I realized when the emergency really hits to the scale it's anticipated it's not going to be just about, 'Am I prepared?'" said Lourette Swanepoel, the organizer of the neighbourhood drill. "It's going to be about...we're out on the street looking at each other."

Over the past few months, Swanepoel and others received training from Vancouver Fire & Rescue Services through the Neighbourhood Emergency Assistance Team (NEAT) program.

A core group of eight people underwent formal disaster response training to provide neighbourhood leadership in the event of crises.

Residents were asked to "drop-cover-and-hold," then exit their homes and gather at a pre-designated community meeting place.

"You take cover, then you wait for it to be over," said participant Hannah Smith. "You count for 60 seconds, then after that we walk here and register our family."

Neighbours call this, preparedness at the grassroots level, and hope their efforts will inspire others in Vancouver to do similar planning.

"I'm thrilled with some people who really took the bull by the horns and got this thing going," said Steve Smith who lives nearby. "I'm impressed with the initiative."

The City of Vancouver offers free earthquake preparedness workshops and also provides them upon request from community groups and businesses.

with files from the CBC's Megan Batchelor