A crowd of dedicated martial artists braved Vancouver's coldest weather of the season for a disciplined workout on English Bay Beach. Yes they got wet.

Dozens of karate devotees in Vancouver braved the city's coldest weather of the season Saturday and worked out at English Bay beach, part of a 50-year tradition.

Sensei Akira Sato, who instructs at Shitoryu Satokai Canada in Vancouver, says he brings his students to the beach to throw punches and kicks for an hour each year on the bone-chilling sand.

"It's cold and it's tough, but it builds up a strong spirit," he said.

The challenge has been done in the rain and the snow. For 2020, the temperature hovered around four degrees, but a harsh winter wind made it feel much colder.

Student Mike Nakatsu said the weather is not pleasant, but the challenge is transformative.

"It's just kind of a way to put yourself out of your daily mundane life," he said.

"Sometimes the heart stops, you can't breath, testicles shrink, it gets pretty cold out there, but it resets your brain so you're ready for the next challenge in your life."

The session ended with the students going into the water as waves broke on the beach.

Longtime student Laurel Sukko said she found strength and relief from the workout. She said she wasn't going to come to the session due to a sudden death in her family.

"I didn't know whether I was going to come to this but I felt like I had to because it would restore me and reinvigorate me," she said. 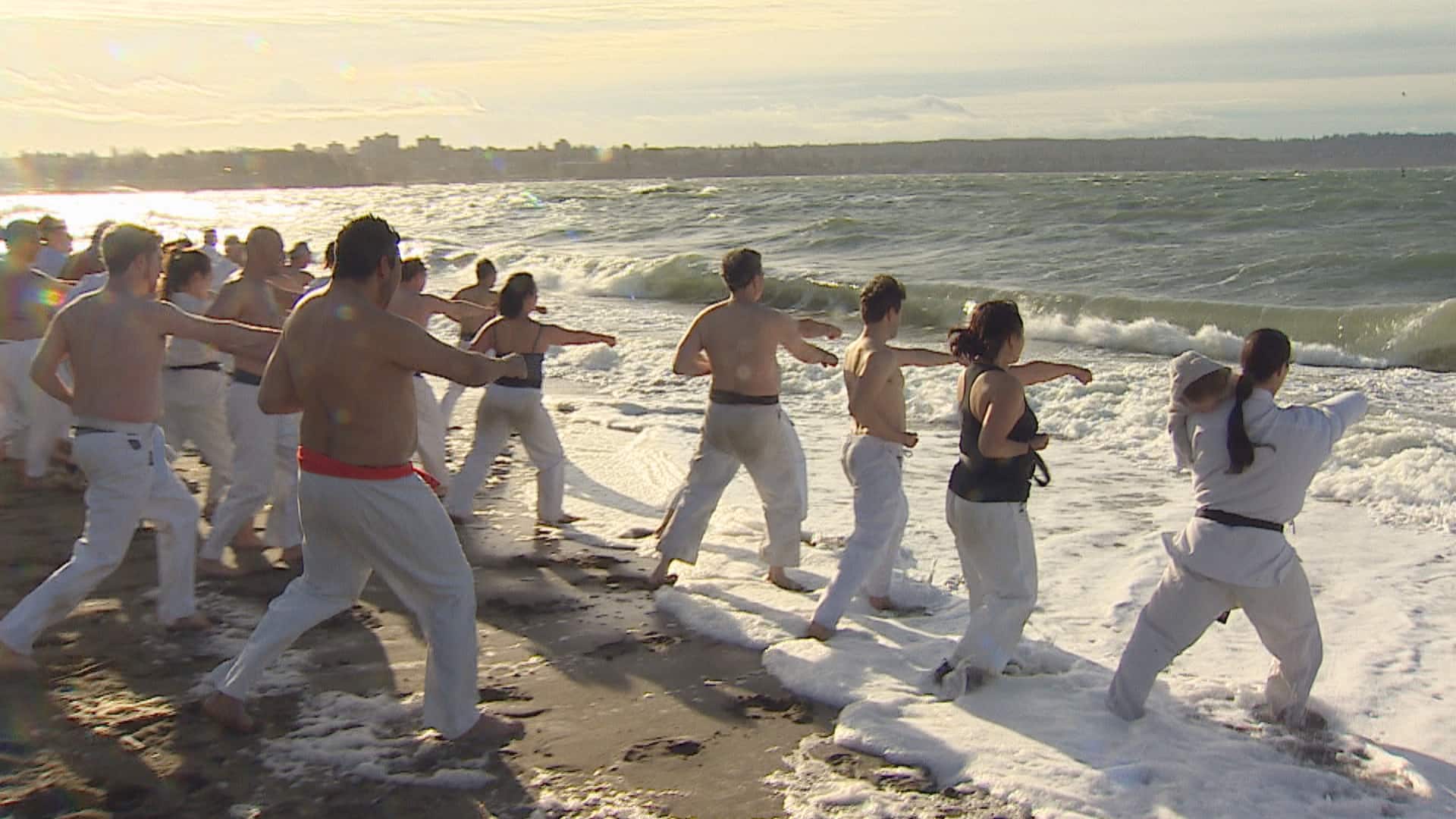 'It resets your brain so you're ready for the next challenge'

With files from Jon Hernandez