Harbour Air’s retro-fitted seaplane with an all-electric engine is expected to fly farther and for longer in 2021, as the company pushes forward with better batteries and a commitment to greener air travel.

A Vancouver seaplane company says its retro-fitted all electric airplane is set to take to the skies for more test flights this year, as it pushes forward with its plans to make commercial air travel cheaper and greener.

"There's no wavering in our confidence and determination and interest in getting this done," said Harbour Air CEO Greg McDougall.

In the last few years it has turned its attention to becoming a leader in green urban mobility, which would do away with the need to burn fossil fuels for air travel.

In December 2019, McDougall flew one of Harbour Air's planes, a more than 60-year-old  DHC-2 de Havilland Beaver float plane, which had been outfitted with a Seattle-based company's electric propulsion system, for three minutes over Richmond B.C. 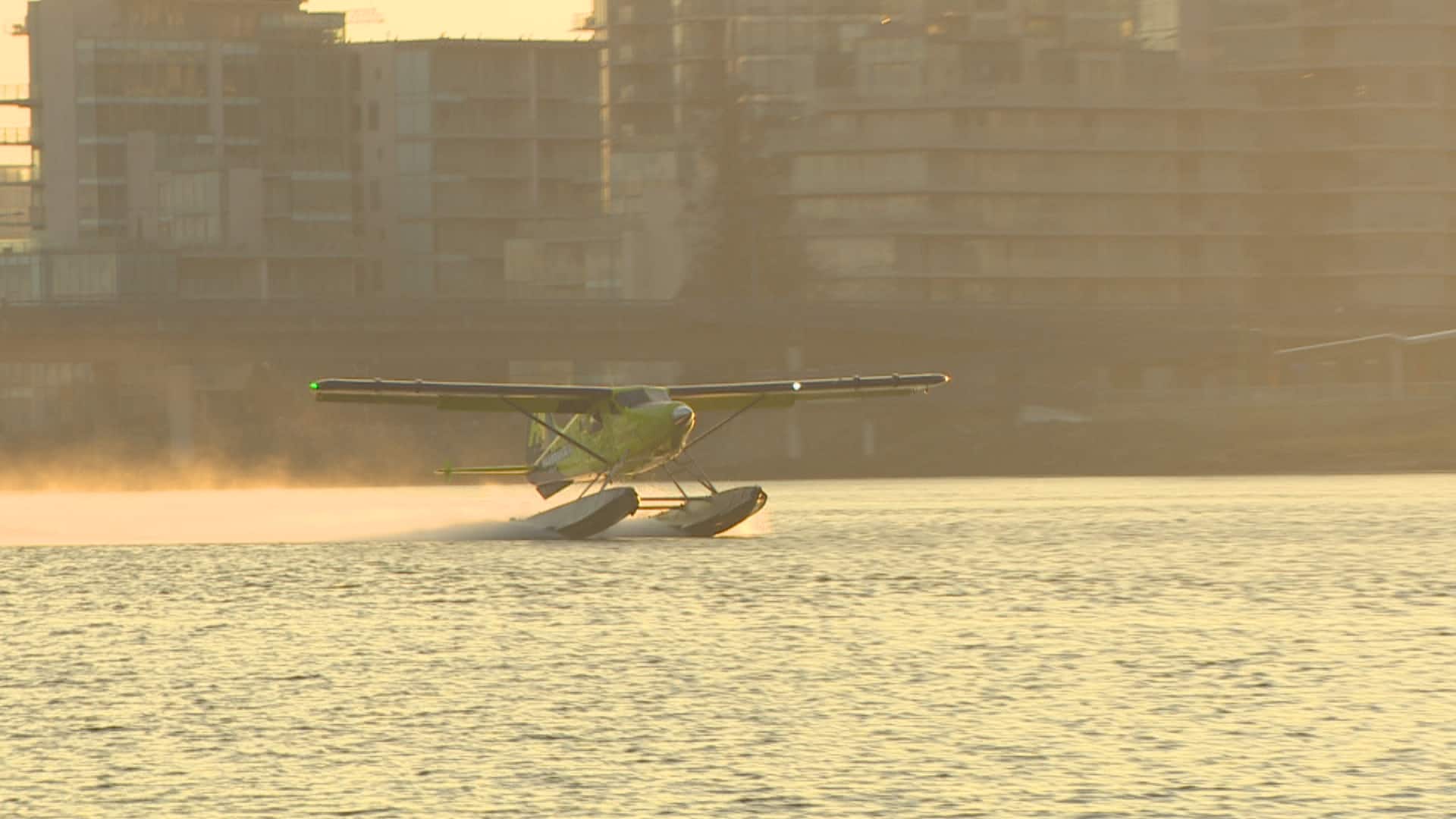 Watch the maiden test flight of the plane that aims to be the world's first all-electric commercial aircraft.

Harbour Air joined with Seattle-based company MagniX in early 2019 to design the e-plane's engine, which was powered by NASA-approved lithium-ion batteries that were also used on the International Space Station.

At the time, based on the success of that inaugural flight, McDougall had hoped to be using the plane to fly passengers on its routes, such as between downtown Vancouver and downtown Victoria, by the end of this year.

Now, that timeline has been pushed back at least one year due to the pandemic.

"It's progressing, not as quickly as we hoped due to COVID, but we are getting back on track with the testing program," said McDougall.

Harbour Air has to prove to Transport Canada that its e-plane is as safe as its other conventional planes to allow it to fly with passengers.

McDougall says Ottawa has approved a new permit to allow the company to continue with test flights this year, which will be used to improve the plane and all its components.

Despite the setback from the pandemic, the company stands to benefit from advances in battery technology.

It has partnered with a new company for a different battery that is lighter and provides more power than what was used a year ago.

Analysts of the sector say the success of companies like Harbour Air to fly all-electric in a commercially successful way is completely dependent upon the energy system.

"Technologically, the real challenge is to make the batteries lighter," said Werner Antweiler, a professor of economics at UBC's Sauder School of Business who studies the commercialization of novel technologies around mobility.

The problem with lithium batteries is they are heavy, which means the plane Harbour Air is using them on quickly meets its weight capacity even without passengers.

McDougall says battery technology is advancing quickly and he expects them to be even lighter and more powerful, as his project gets closer to flying commercially.

Antweiler says Harbour Air is in the "sweet spot" in the industry as its flights are short, meaning battery technology as it stands today makes the project viable.

"That is an ideal application because the batteries won't get you any farther than that range," he said about the length of flights Harbour Air does.

Getting on an all-electric jetliner to fly across Canada, he says, is decades away.