A doctor who treated the patients said Wednesday's incident was not the only case of carbon monoxide poisoning in recent weeks and urged people to take precautions as winter's chill sets in.

'Had they stayed there, it would have been a disaster,' says Vancouver doctor who helped treat patients

UPDATE — Dec. 6, 2018: Vancouver Coastal Health says 12 of the 13 people poisoned were released from hospital by Wednesday evening. As of 5 p.m. PT that day, the condition of the final person in hospital is listed as stable.

Thirteen people at a Vancouver office were taken to hospital Wednesday morning due to a poisoning incident involving carbon monoxide, according to B.C. Emergency Health Services.

B.C. EHS, which administers the province's ambulance service, said in a tweet two people were critical when taken to hospital.

A spokesperson for the health service said a 911 call came in just before 10 a.m. PT reporting a collapsed person at an office on West Fifth Avenue, between Fir and Pine streets.

An employee at the office said three units were evacuated due to the incident.

Fans were put in place to clear the air and, with the doors left open, employees were allowed back in around noon, he said.

BCEHS Paramedic Specialist Jodi Butterman on today’s response to a medical emergency at a building in Vancouver, and the importance of carbon monoxide monitors worn by paramedics. <a href="https://t.co/RYYAdAu0xf">pic.twitter.com/RYYAdAu0xf</a>

'It would have been a disaster'

Dr. Bruce Campana is one of the physicians who treated the 13 people poisoned Wednesday.

He said one patient from the incident was placed in the massive steel device while the rest were "unwell" and would likely remain in hospital.

"Fortunately they did have detectors — which for some reason went off later than I would have thought — and they were able to remove the people before too much damage was done.

"Had they stayed there, it would have been a disaster."

Campana explained that he has not heard what the exact cause of the poisoning was but said it may have had something to do with a faulty furnace exhaust system.

Carbon monoxide is a gas that cannot be seen, smelled or tasted.

HealthLink B.C. says it is called the "silent killer" and breathing in too much of it can cause poisoning death in minutes as it replaces oxygen in the blood.

Carbon monoxide can be given off by furnaces and other heating devices in the home if they are improperly installed or used or malfunction, it said.

The provincial health information website recommends getting carbon monoxide detectors for the home and provides other safety tips online.

Campana said this mass poisoning incident was not isolated during what he called an "insane" week.

He's aware of 17 cases of carbon monoxide poisoning in the last few weeks.

"There are many more that I'm not aware of," Campana said. "We've had three that we've had to treat, one of whom, unfortunately, is probably going to die."

He said as temperatures have been dropping more people are cranking up the heat. He was emphatic on the importance of carbon monoxide detectors, not having unventilated burning in the home — including gasoline, propane or anything else. 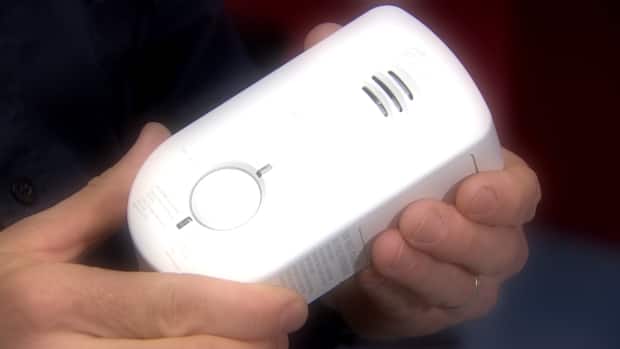 What you need to know about carbon monoxide detectors

With files from Joshua McLean, Meera Bains and Cory Correia

Liam Britten is an award-winning journalist for CBC Vancouver. You can contact him at liam.britten@cbc.ca or follow him on Twitter: @liam_britten. Liam contributes to CBC Vancouver's Impact Team, where he investigates and reports on stories that impact people in their local community.