Mayor Kennedy Stewart says the City of Vancouver faces a "potentially catastrophic reduction in revenue" that would force council to make "very tough decisions" in the coming weeks if the province fails to provide the municipality with emergency funding.

Mayor Kennedy Stewart says the City of Vancouver faces a "potentially catastrophic reduction in revenue" that would force council to make "very tough decisions" in the coming weeks if the province fails to provide the municipality with emergency funding.

On Monday, Stewart said the province had told the city the $200 million in emergency funding requested is not coming.

The city had asked for the funding to avoid going into an operating deficit, which municipalities are not allowed to do, according to provincial laws.

Last week, the city said it could face a $189-million deficit by December as it spends money to respond to the COVID-19 crisis, while losing revenue at the same time.

"If the provinces and federal government really abandon their cities to our own very meagre financial means, then of course it's really going to stifle the economic recovery," Stewart told Michelle Eliot, host of BC Today, on Monday.

"Our backs are against the wall here and it does look like if we don't get some kind of relief from the province and the federal government, we're going to be in deep trouble."

Survey suggests many may default on taxes

A new survey suggesting many residents will struggle to pay city tax bills could bolster Stewart's argument for a provincial bailout.

On Sunday, Stewart released the results of the city-commissioned online survey, which suggests almost half (46 per cent) of city residents have either lost their jobs or experienced a reduction in work hours and lost some income due to the pandemic.

It said that 25 per cent of respondents plan to pay less than half their 2020 tax bills.

Stewart said if a quarter of homeowners default on their property taxes, it could cost the city another $325 million in revenues. He said if this happens the city would have to spend all of its reserve funds, and sell city property to cover the shortfall.

The city has already laid off 1,500 employees. Stewart said more layoffs could follow and affect the city's ability to run its police force, fire department and services like garbage collection.

"The City of Vancouver has never faced anything like this before," he said.

As well as maintaining his request for the $200 million, Stewart also wants the province to expand its provincial property tax deferment program to help homeowners who will otherwise default on their taxes due to the pandemic.

The program currently provides low-interest loans to people who are elderly or living with a disability, while giving money to municipalities to make up for the deferred property taxes.

Stewart said the program needs to include all residents, businesses and non-profit agencies who are struggling financially. 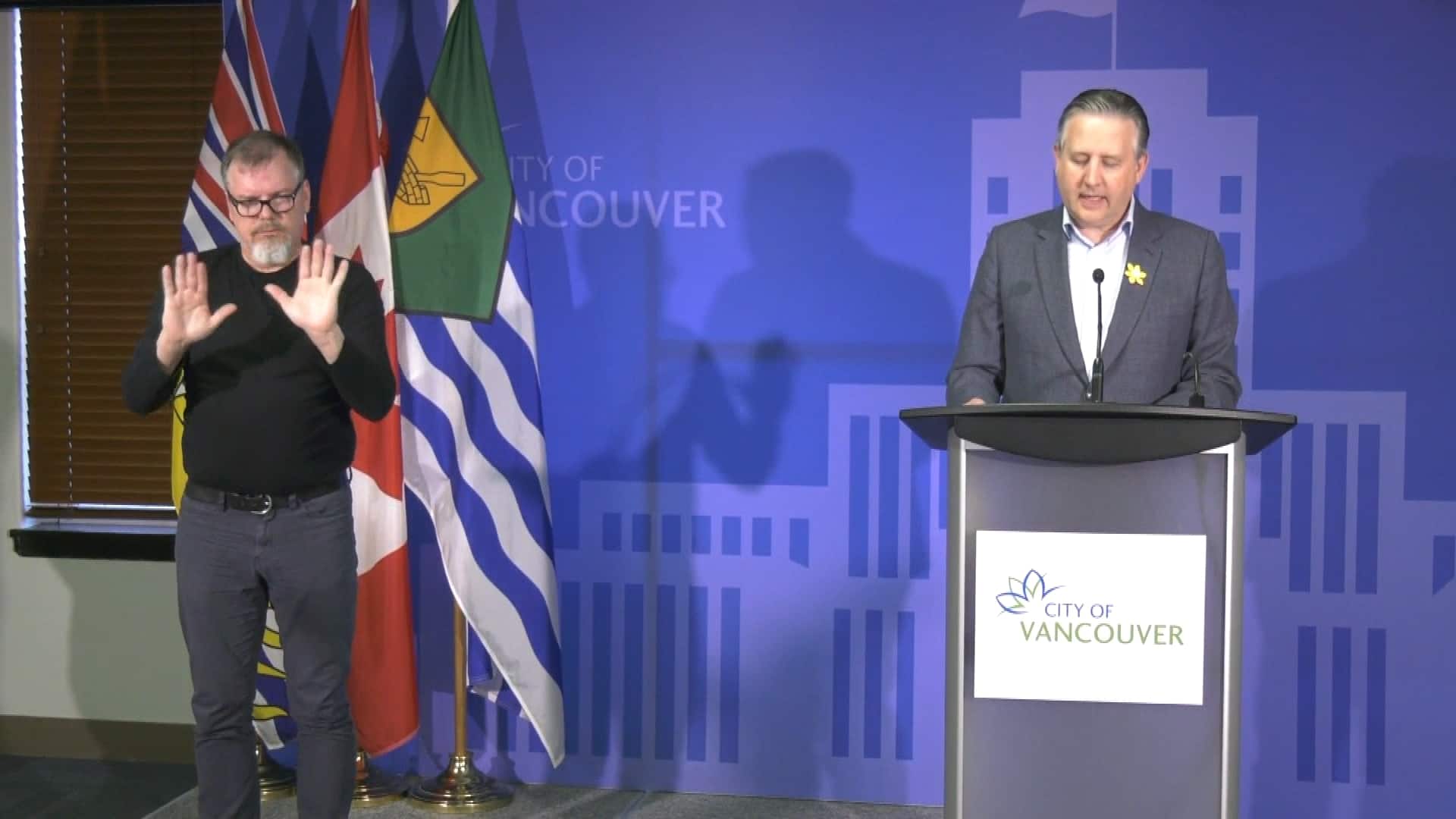 11 months ago
1:48
With revenue streams evaporating amid the COVID-19 crisis, Mayor Kennedy Stewart presented three scenarios for the city's 2021 budget, with deficits between $61 and $189 million. 1:48

The city has also urged the province to delay remittance of non-city property tax items collected by city hall until taxpayers receive the payments themselves. The items include provincial school taxes, TransLink fees and Metro Vancouver fees.

Stewart hopes to hear from B.C. Housing Minister Selina Robinson this coming week about plans the province is mulling to help homeowners and municipalities alike.

The Vancouver city council will hold a virtual meeting on Tuesday to discuss extending the deadline of property tax payment from July to September.

The city's online survey was conducted by Research Co. between April 9 and 10.

With files from Justin McElroy and BC Today