Another Canadian killed in the attack at an upmarket Nairobi shopping centre has been identified by Vancouver-area family members as Naguib Damji. 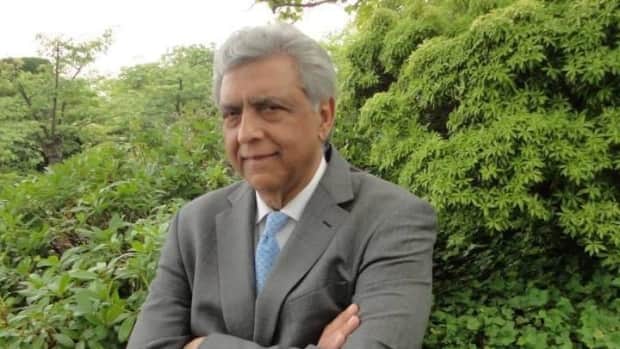 7 years ago
2:40
North Vancouver man among dozens killed in a Nairobi mall 2:40

Another Canadian killed in the attack at an upmarket shopping centre in Kenya has been identified by family members as Vancouver-area businessman Naguib Damji.

Damji's family told CBC News he was at Westgate mall when the attack began on Saturday. He leaves behind three daughters and a widow.

Kenya's national police service has confirmed that 62 people have been killed in the attack. Earlier reports put the death toll at 68.

Also among the victims is 29-year-old Canadian diplomat Annemarie Desloges.

The al-Qaeda-linked group al-Shabaab has claimed responsibility for the attack, which reportedly targeted non-Muslims.

After a prolonged and ongoing stand-off with the militants, who took hostages, Kenya's security forces launched a final offensive Sunday night.

As of Monday morning, explosions and gunfire could still be heard within the mall. Kenyan police and military have since said via Twitter that their forces now "dominate all floors" of the mall and that they have made 10 arrests and killed at least two attackers.

It's believed that between 10 and 15 gunmen were part of the original attack. It remains unclear how many remain alive.