An unlikely friendship between a 10-year-old boy and a false killer whale is making a splash at the Vancouver Aquarium. 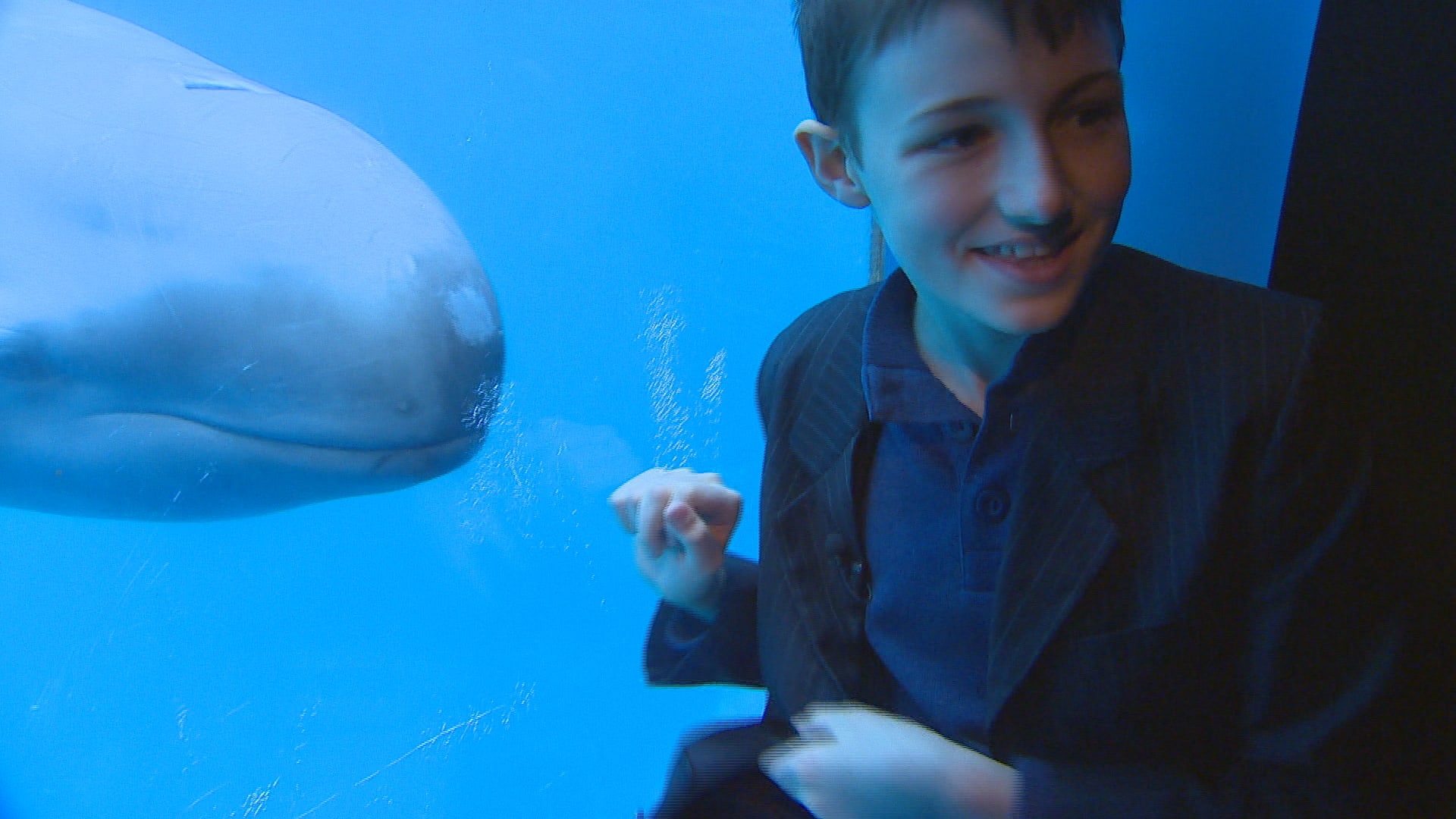 An unlikely friendship between a 10-year-old boy and a false killer whale named Chester is making a splash at the Vancouver Aquarium.

Lucas Nielsen from Vanderhoof, B.C., visits Vancouver regularly to get treatment at B.C. Children's Hospital for strabismus, an abnormal alignment of the eyes.

Nielsen's mother, Claire, says her son and Chester gradually became friends over the course of frequent visits to the Vancouver Aquarium.

"He started recognizing me and started following me from one underwater viewing gallery to another, and he started actually spitting regurgitated food out at me and sticking out his tongue," Nielsen said.

The attention is thrilling, he added.

"It makes me feel special. I think of him as my best friend in Vancouver."

"There's no doubt in my mind that he recognizes Lucas," Cann said.

Nielsen's mother says Lucas is homeschooled, so the friendship with Chester means a lot.

Nielsen says it was one of his dreams to touch Chester, and the Vancouver Aquarium arranged for him to feed the false killer whale on Tuesday.

The 10-year-old made a school presentation about the false killer whale, which he presented to about 25 staff and management at the aquarium.

Chester was in rough condition when he was rescued as a calf near Tofino in 2014. He was four to six weeks old and so weak he couldn't swim on his own.

Fisheries and Oceans Canada convened a panel to decide to keep him at the aquarium because he didn't have the skills to survive on his own.

With files from Kamil Karamali