Ted Kuntz will share the story of how his son developed uncontrollable seizures following a shot for whooping cough at the Vaccine Summit, a controversial anti-vaccine symposium being held at Simon Fraser University's downtown Vancouver campus Tuesday. 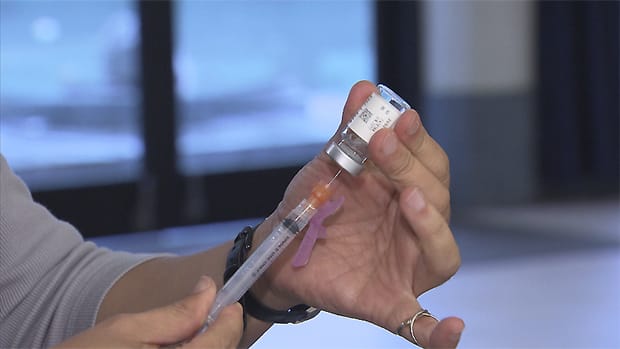 When he was five months old, Josh got a shot meant to keep whooping cough away, but his father says he soon developed an uncontrollable seizure disorder that he's lived with now for 28 years.

"Josh has the mental capacity of a two-year-old. He requires 24-hour care, and his life has been changed because of it and so has mine," Kuntz said.

Kuntz will share his and Josh's story at the Vaccine Summit, a controversial anti-vaccine symposium being held at Simon Fraser University's downtown Vancouver campus Tuesday.

"I spent 10 years reading the medical literature on vaccines and vaccine damage, and reached a conclusion that vaccines are not as safe or as effective as we are told they are," Kuntz said.

Joel Lord, founder and director of The Vaccine Resistance Movement, says the summit will feature the first-hand stories of parents whose children suffered adverse reactions, and will also feature doctors and other experts who question the effectiveness and safety of vaccines.

"The forum is primarily designed to enable parents to begin to navigate their way out of the toxic labyrinth of Western allopathic medicine," Lord said.

The overall theme of the conference is that many vaccines are unsafe and improperly regulated, but the medical establishment is overwhelmingly in support of them.

Dr. Monika Naus, a medical director with the BC Centre for Disease Control, says that for decades, peer-reviewed research has shown vaccines are an effective way of maintaining public health.

Naus said that evidence is reflected in occasional limited resurgences, such as last year's whooping cough outbreak in the Fraser Valley.

"It's important for these events to occur almost periodically because it reminds people that vaccine-preventable diseases have not been eliminated for many conditions," Naus said.

"[With vaccines] you can interrupt transmission and that actually helps to protects people who are unvaccinated," she said.

Naus admits not all vaccines are 100 per cent safe all of the time, but she says serious adverse reactions in children are rare — as rare as 1 in 60,000 for some shots.

With files from the CBC's Matthew Black