About 6,500 students across the country are vying for athletic scholarships to take their sport to the college or university level in 2021. But with many games and competitions cancelled there are fewer opportunities for the athletes to get the attention of talent scouts.

Normally recruiters watch students in action, but this year most games have been cancelled

Madison Shanks dreams of getting a scholarship to play volleyball at a Canadian university.

The 17-year old student's athletic prowess helped her team at Kelowna Secondary School win the B.C. School Sports 4A Girls Provincial Championship the past two years. This season, the team was hoping for a hat trick, and Shanks was hoping for a big break.

Madison is one of about 6,500 student athletes across the country vying for athletic scholarships to take their game to the next level next fall. But, like many others, she's now wondering if the pandemic will jeopardize her chances.

Many university sports recruiters would normally be watching high school tournaments at this time of year and making scholarship offers to their top picks. But with games and practices cancelled in some places due to the pandemic, which has led to more than 280,000 cases of COVID-19 in Canada, the process has been turned upside down.

"Recruiting is so essential in your senior year," Madison said. "That's how they get to look at you — you know — the tournaments, the game play, the highlight clips."

Kelowna Secondary is holding practices and inter-squad games — COVID-style, with no blocking, a limited number of players and balls that get sanitized every 20 minutes.

In B.C., all high school sports have been restricted to having modified practices and no games. Across the country, the rules vary. In New Brunswick, certain sports can play games while leagues in parts of Ontario have suspended all activities under recent COVID-19 restrictions.

Normally, the Kelowna team would be getting ready for the provincial championships and playing big tournaments at this time, with recruiters in the stands watching, coach Kelly Hettinga said. But that's not happening this year.

"It's really limiting their opportunity to get connected with the recruiters," he said.

That's why Hettinga is encouraging his athletes to be more active in reaching out to schools.

Pre-COVID-19, Madison's parents, Tara and Jeffrey Shanks, were like paparazzi capturing her every move on video to attract the attention of colleges and universities.

Now, they're limited to putting together tape gathered at last year's games as they aren't even allowed into the gym to watch practices.

And even if students are able to get a school's attention, there's another hurdle: How to convince recruiters to make them an offer? And how do the athletes decide which offer to take when on-campus and in-person meetings with scouts aren't allowed because of the pandemic? 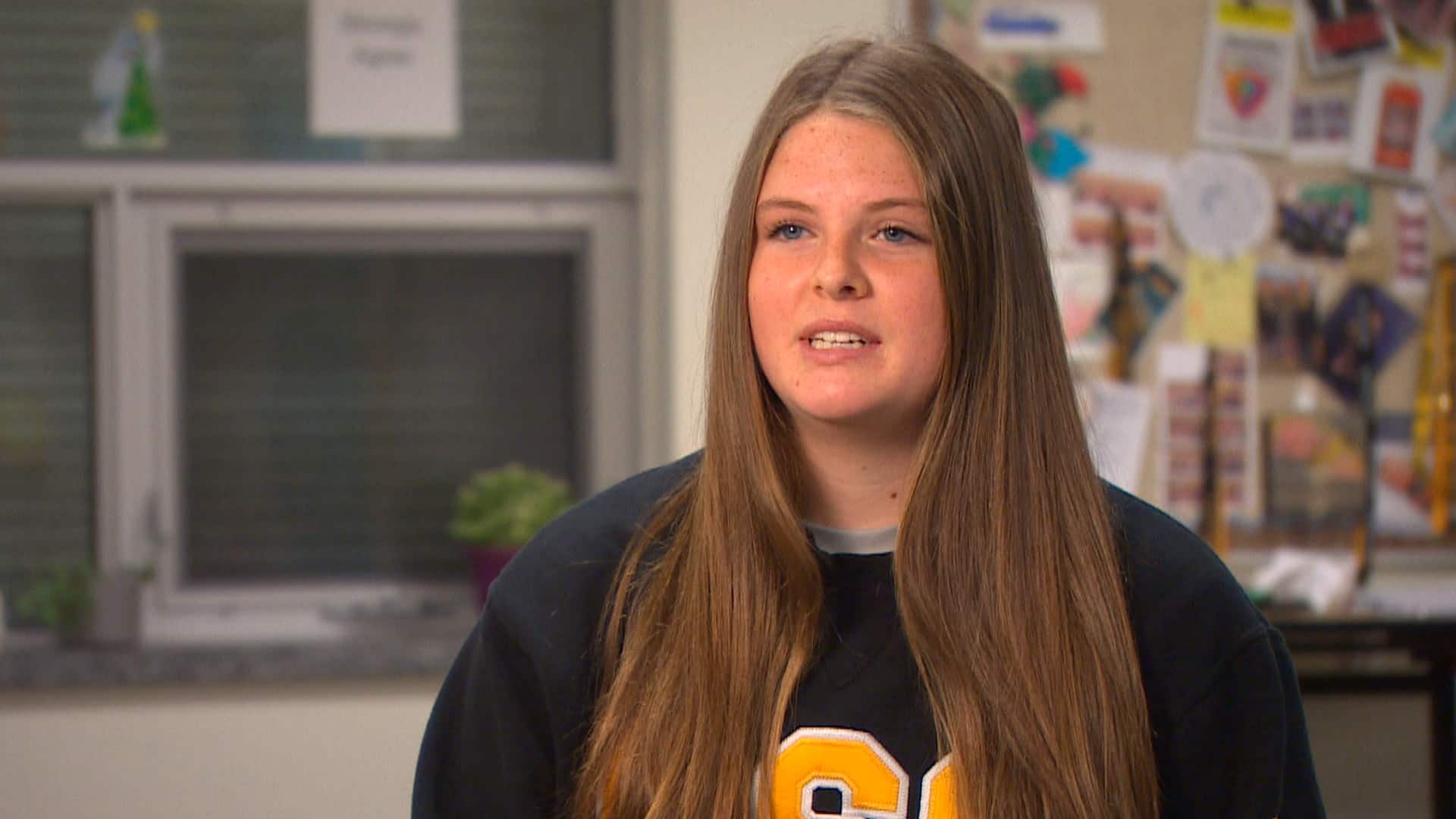 'Recruiting is so essential in your senior year'

14 days agoVideo
0:29
Kelowna, B.C., high school volleyball player Madison Shanks spoke to CBC News about the challenge of getting the attention of recruiters during the pandemic. 0:29

"If I go to a school, I want to know that I'll be supported," Madison said, noting it's important that the team and the campus are a good fit for her.

"Missing the school visits has been such a crucial part for me. And Zoom meetings are one thing, but the face-to-face interactions are just so much different."

The Shankses are trying to keep the situation in perspective.

"We know that COVID has created challenges for everybody," Tara Shanks said. "We're trying to take it with a smile…. It's for the safety of everybody."

Doug Reimer has led the University of British Columbia's women's volleyball team to eight national championships in the 25 years he's been coaching them.

In all that time, the Vancouver coach never offered a scholarship to someone he hasn't met in person.

This year, he said UBC may offer up to five volleyball scholarships. He's worried it could be hard to choose the best players or spot "diamonds in the rough" without seeing athletes play in person.

On the flip side, with game cancellations at the university level, Reimer said he's got a bit more time to get involved with the recruiting process and getting to know potential candidates.

WATCH  | Coach Doug Reimer says it's hard to spot diamonds in the rough: 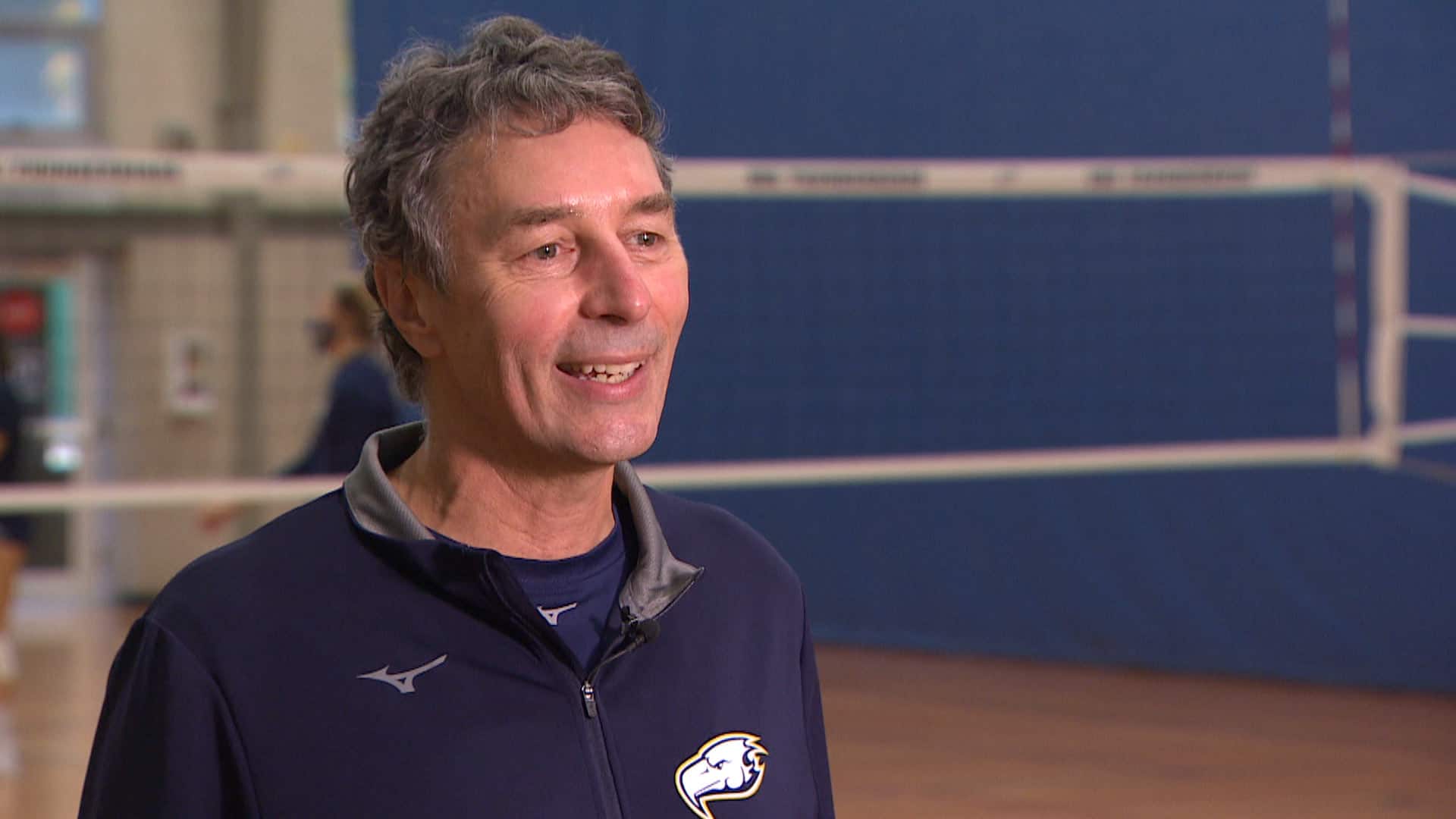 Once students are recruited, next year will bring additional challenges. Because of the cancellation of the 2020 season, athletes who missed out this year will be eligible to play in 2021, meaning there will likely be more players on the rosters.

"I think we as coaches are going to have to be very nimble and show good leadership," Reimer said.

All these challenges have led to some new ideas. Albertan Dave Wildman, who's been coaching high school volleyball players for 20 years, set up four COVID-rule-abiding events in Alberta and B.C. to bring athletes together for fitness testing, drills and games to showcase their talents in these unusual times.

More than 70 coaches from post-secondary institutions across the country watched the activities through a live webstream.

Since then, a number of students have begun talking to schools, and several have signed offers, Wildman said.

With so much uncertainty, some families have made difficult decisions about taking opportunities.

Port Coquitlam, B.C.'s Aaron Tung and his parents, Denise and Wilson, decided the chance for the 17-year-old to spend his Grade 12 year playing football at a high school in Florida was too good to miss.

In September, he started playing for Clearwater Academy in Florida.

He was recruited after highlights he posted online attracted the attention of high school coaches there.

His parents hesitated because that state's number of COVID-19 cases had been soaring for months.

But COVID wasn't their only concern about sending their son, who is a person of colour, to the United States.

"We actually went through the rundown of if you are stopped by the police, what do you do? And we practiced that almost every day before he left," Denise Tung said.

WATCH  | Denise and Wilson Tung on making the most of opportunities: 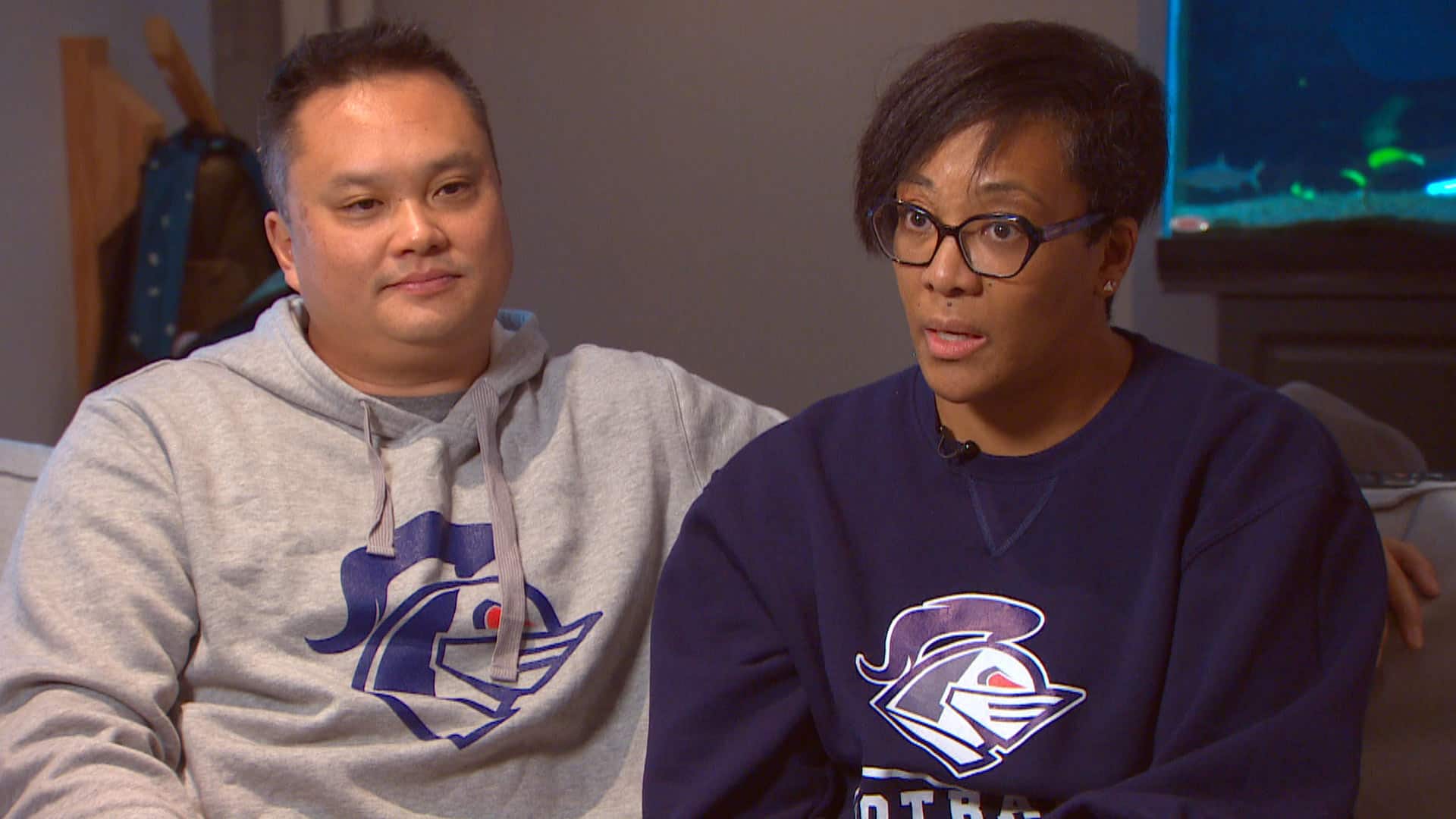 Risking COVID-19 for a chance to level up

14 days agoVideo
0:25
Aaron Tung, 17, was recruited to spend his Grade 12 year playing football at Clearwater Academy in Florida. His parents, Denise and Wilson Tung, say it's now up to their son to see what he can do with the opportunity. 0:25

The Tungs said the school has strict COVID protocols and that Aaron can come home at any time.

So far, Aaron is glad he made the move.

"[It's] definitely a step up from where I was before," he said. Meanwhile, some of his friends in B.C. are frustrated because they only have very limited practices.

Some other high school athletes have also managed to get noticed.

"Ethan Pearson, 18, from Fredericton, N.B., recently committed to playing hockey for Princeton University in New Jersey. He's currently a goaltender with the Chilliwack Chiefs, part of the Junior-A-level B.C. Hockey League, which has been holding games without fans.

Last year, close to half of the league's approximately 400 players earned scholarships, mostly to play in the U.S.

Pearson said he was fortunate to have visited the Princeton campus before COVID hit as the virtual tours he was limited to with other schools were challenging.

"I didn't really have that campus feeling of the environment," Pearson said. "At the end of the day, I was very confident after going to Princeton. It was my favourite by far."

You can reach me by e-mail at susana.da.silva@cbc.ca or on twitter @CBCSusana.