The credentials of a third B.C. doctor are under investigation by the provincial government, following revelations last week that two other radiologists were analyzing scans despite being underqualified. 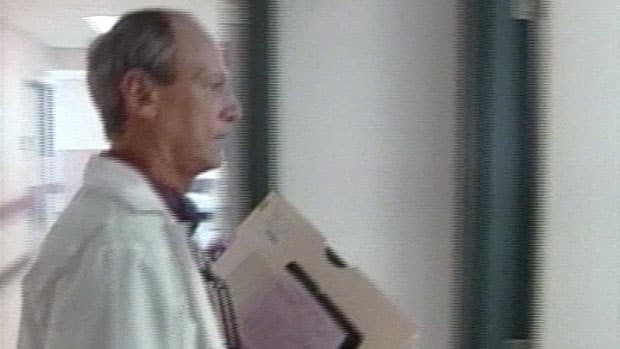 The credentials of a third B.C. doctor are under investigation by the provincial government, following revelations last week that two other radiologists were analyzing scans despite being underqualified.

The latest case involves a doctor at St. Joseph's General Hospital in Comox. He has been identified as Jose Zanbilowicz.

"I'm deeply disturbed by these developments and the concern this may cause patients in the Comox Valley," B.C. Minister of Health Services Colin Hansen said in a release Monday. "I want to assure them we will act swiftly to get the facts and ensure any medical follow-up that may be required is dealt with as quickly as possible."

The ministry and the executive of the Vancouver Island Health Authority (VIHA) were informed late Friday by the CEO of St. Joseph's General Hospital of a concern with respect to the quality of CT scans read by one of their radiologists, a ministry release said.

The privileges of the doctor have been withdrawn at the hospital.

The Vancouver Coastal Health Authority and the Fraser Health Authority revealed on Friday that thousands of patients had been contacted about two radiologists who lacked proper credentials and experience, yet had been analyzing CT scans. Dr. Mansukhlal Manjiv Parmar worked in Powell River, while the other unnamed physician worked in Chilliwack and Abbotsford, and briefly in Cranbrook.

Hansen said Friday there clearly had been a breakdown in the screening process as the health authorities filled radiology vacancies.

"My first concern is with the patients and their families and I want to apologize for the stress and anxiety this may cause," said Hansen.