The Japanese owner of a Harley-Davidson motorcycle that was washed out to sea in the tsunami of March 2011 says its discovery on a remote beach on the West Coast of B.C. last week is a miracle. 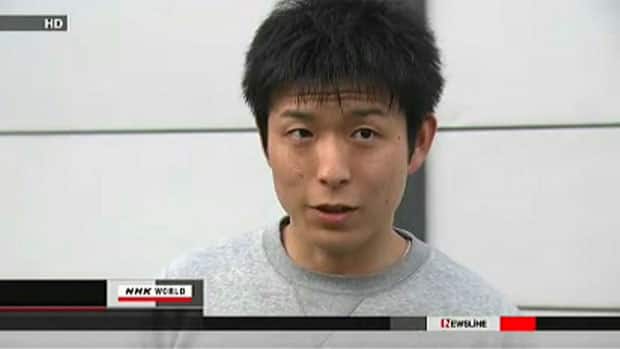 9 years ago
2:31
The man who lost the motorcycle in Japan that washed ashore in B.C. lost so much more 2:31

The Japanese owner of a Harley-Davidson motorcycle that was washed out to sea in the tsunami of March 2011 says its discovery on a remote beach on the West Coast of B.C. last week is a miracle.

The owner, Ikuo Yokoyama, a 29-year-old resident of the town of Yamamoto, in Miyagi Prefecture, was tracked down by a Harley-Davidson representative in Japan who saw the story, first reported by CBC News, in the media.

A company spokeperson told CBC News they are now hoping to pay for the return of the bike to Yokoyama and to see if they can restore it for him.

Yokoyama told Japanese television station NHK that the discovery of the motorcycle was miraculous and he wished to thank the B.C. man who found it personally, but so far he has only been able to do so on TV.

He said he lost his home and three family members in the tsunami and is now living in temporary accommodation. The motorcycle was being kept at his house in the back section of a cube van that he was using as a storage shed when the tsunami struck.

He said he bought the bike five years ago and some of his fondest memories were of his tours around Japan on it.

When asked if he wanted to say anything to his bike, Yokoyama laughed and and said, "Thanks for coming back buddy," in Japanese.

After it was washed out to sea in the tsunami in the makeshift storage container, the motorcycle apparently floated 5,000 kilometres across the Pacific Ocean

It was discovered by Peter Mark, a resident of B.C.'s Haida Gwaii, while he was exploring a remote beach on Graham Island.

If you live along the B.C. coast and discover debris that may be from the Japanese tsunami, we'd like to post it as part of a special online feature. Send photos to yournews@cbc.ca.

The bike was rusty, particularly on the wheels and handlebars, but the logo on the fuel tank was unmistakable.

The motorcycle's licence plate showed it was registered in Miyagi Prefecture, and writing on the container matched photos of a commonly used Japanese moving van. Mark also found a few golf clubs, tools and camping equipment in the container.

Miyagi Prefecture, on Japan's east coast was the worst hit part of the country in the tsunami, with more than 11,000 people dead and missing.

Experts estimate more than 1.5 million tonnes of tsunami debris was swept out to sea and is now drifting across the Pacific Ocean toward Canada's West Coast.

The Kuroshio ocean current runs in an almost direct path from Japan's east coast over to North America, passing right by the islands of Haida Gwaii.

Until now only bottles, buoys and other small items have washed ashore, but one unmanned fishing boat was sunk by the U.S. Coast Guard before it reached the West Coast of Alaska last month.