One of the young men who claims he climbed Vancouver's unfinished Trump Tower and filmed the dizzying climb says he is sorry for the stunt.

This is what I love doing,' says 21-year-old Joseph McGuire 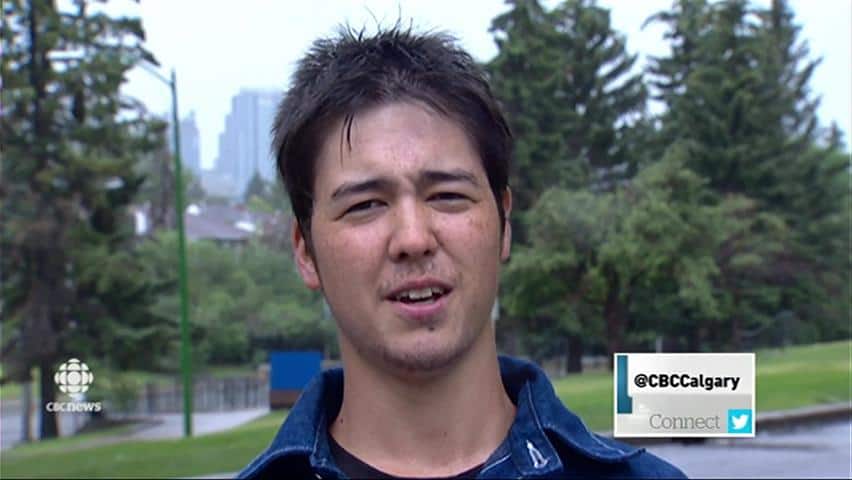 5 years agoVideo
1:44
One of the young men who says he climbed Vancouver's unfinished Trump Tower and was filmed in a dizzying video that went viral, says he sorry for the stunt and understands if police press charges. 1:44

One of the young men who claims he climbed Vancouver's unfinished Trump Tower and filmed the dizzying climb says he is sorry for the stunt.

"I didn't do it to cause any harm," Joseph McGuire, 21, told the CBC from Calgary. "I do it purely from a good and playful place, not harmful or evil."

The YouTube video shows two men sprinting up the tower's staircase. Once at the top, they pose for selfies and climb on a white crane overlooking the city. The video was shot with a GoPro camera by a third person.

The video angered the developer of the tower, Joo Kim Tiah, who said the stunt could have ended in tragedy and police said they would press charges if they learned the climbers' identities.

Vancouver Police did not respond to an interview request. But McGuire said he understands if police prosecute.

Despite his remorse, McGuire said he loves such climbs, which he says have helped him face his fears. He said he plans to continue climbing buildings and wants to improve the quality of his videos.

"I will accept the consequences I must face of what I do because this is what I love doing. I don't want to hate."

McGuire said it was easy to gain access to the Vancouver construction site.

He said he's ascended the Trump Tower four times and climbed 30 cranes and 100 rooftops, mainly in Vancouver and Victoria. He said he once nearly fell off the Hotel Vancouver.

He said he started climbing when he was nine years old in Tokyo because he was depressed and troubled. At age 12, he moved to Vancouver, where he continued to climb because it made him feel better.

"One thing we're really seeing here is that there are no media gatekeeper" to discourage the climbers' behavior, Schneider told CBC News. "This is encouraging anyone who wants to participate in these kinds of activities to record themselves and put it on online.'