SkyTrain attendants are attempting to de-ice train doors and delays due to inclement weather are causing long lines at transit stations across the Lower Mainland.

SkyTrain doors are freezing shut and delays due to bad weather are causing long lineups at transit stations across the Lower Mainland.

In an effort to reduce the travel chaos, TransLink is asking riders to avoid peak commute times if possible.

TransLink's website asks customers to consider Wednesday an extreme travel day and to stay home if possible. It says bus and SkyTrain service across the system is being significantly affected by the weather.

Currently all station are open along the Expo/Millennium line, but the line is experiencing significant delays and reductions in train frequencies. Trains are moving at a slower speed.

Canada Line is also open, but lowered speeds is causing a reduction in frequency.

Many bus routes are cancelled or delayed — check TransLink's transit alerts for the latest information.  As of 5 p.m. PT, there were more than 200 alerts about bus delays on TransLink's website.

"Reconsider the need to travel and only travel if it is absolutely essential," TransLink spokesperson Ben Murphy said.

"There are going to be very lengthy delays, so people need to be prepared for that," said Murphy. "These are very, very difficult conditions we are dealing with."

Buses were struggling in the accumulated snow while the Canada Line was shut down shortly after 9:30 a.m. PT due to a track issue at Bridgeport Station.

Service resumed after about 30 minutes.

A widely shared video on social media showed a group of commuters trying to push a bus out of the snow. Jill Drews, a TransLink spokesperson said she would not recommend passengers do that.

"It doesn't seem safe to me," Drews said. "While you want to get the bus going, maybe stay inside and hope for the best. We don't want to see anyone get hurt or slip and fall."

How many people does it take to move a bus? 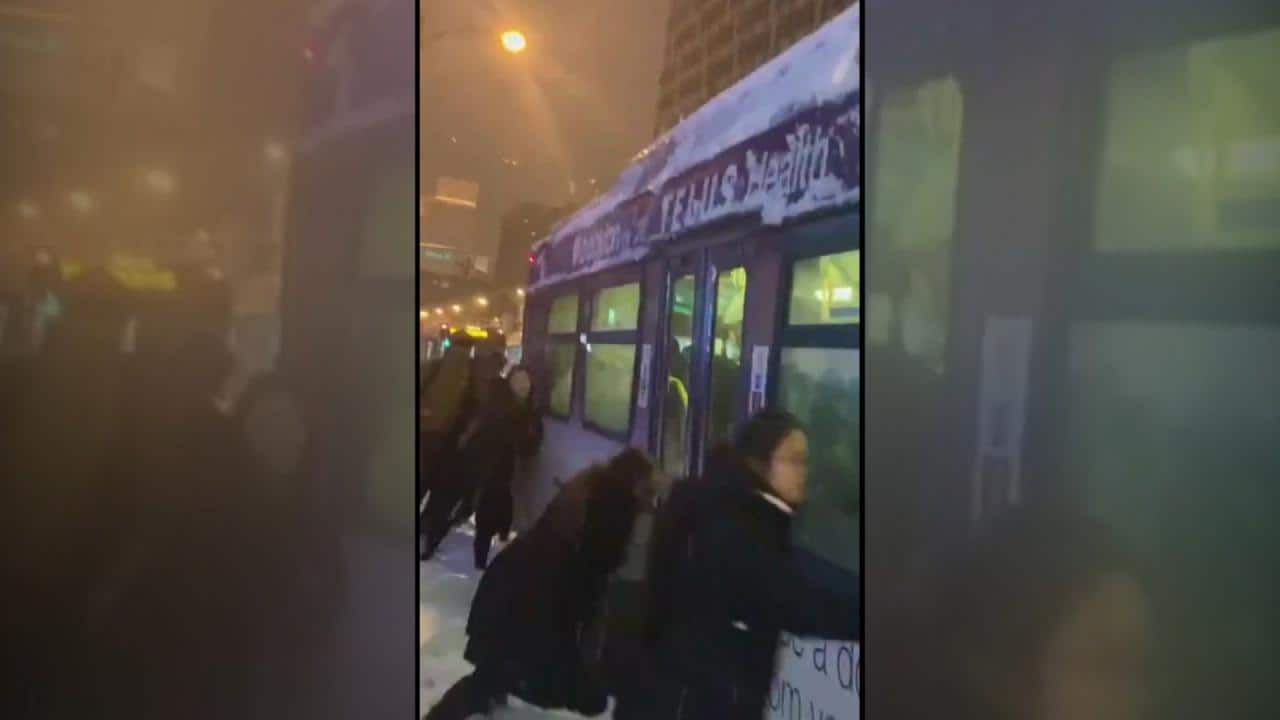 Commuters cooperate to get coach moving

Even before rush hour, just after 7 a.m. PT, people were already abandoning the platform at the Commercial-Broadway SkyTrain station after waiting more than 10 minutes for a train.

Some of the delays are likely due to train doors freezing shut after moving at high speeds in frigid temperatures. A SkyTrain attendant at Commercial-Broadway was spotted using a plastic hockey stick to scrape ice from the doors so they could open them for the crush of commuters anxiously awaiting a ride.

Murphy said sensors on the doors can freeze over and then train doors don't know if they should be open or closed. When this happens, the train will not move as a precaution in case the doors are open. Murphy said TransLink has pulled some trains for service because of this issue. 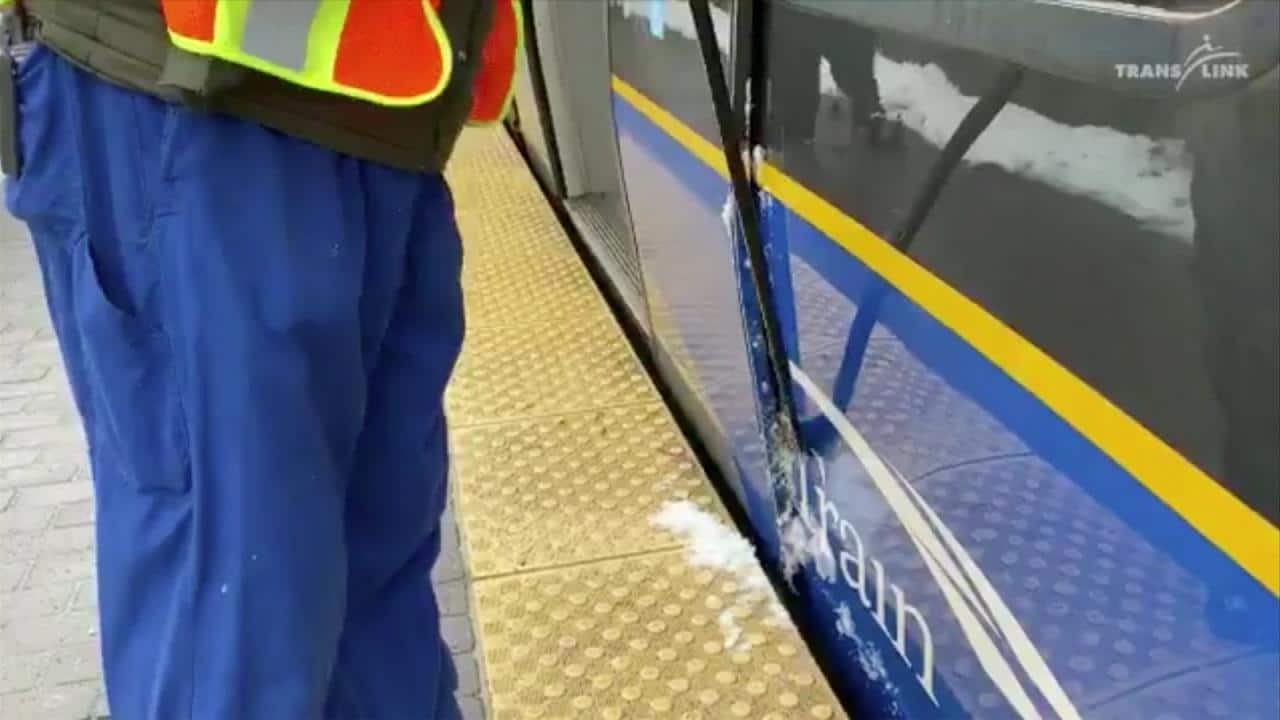 1 year ago
0:08
A SkyTrain door is de-iced with a hockey stick in Vancouver Wednesday morning. 0:08

Numerous buses were cancelled or detoured during the morning commute and some buses stopped short of their final stop because of road conditions.

With files from The Early Edition, On The Coast