Preliminary findings from a survey of the grounds at the former Kamloops Indian Residential School have uncovered the remains of 215 children buried at the site, the Tk’emlúps te Secwépemc First Nation says.

LATEST UPDATE: Since this story was first published, the Tk'emlúps te Secwépemc First Nation has updated its findings and clarified that what was detected in the ground-penetrating radar survey were about 200 potential burial sites. Read the full story here.

Preliminary findings from a survey of the grounds at the former Kamloops Indian Residential School have uncovered the remains of 215 children buried at the site, the Tk'emlúps te Secwépemc First Nation said Thursday.

The First Nation said the remains were confirmed last weekend near the city of Kamloops, in B.C.'s southern Interior.

In a statement, Tk'emlúps te Secwépemc said it hired a specialist in ground-penetrating radar to carry out the work, and that its Language and Culture Department oversaw the project to ensure it was done in a culturally appropriate and respectful way. The release did not specify the company or individual involved, or how the work was completed.

"To our knowledge, these missing children are undocumented deaths," Tk'emlúps te Secwépemc Kukpi7 (Chief) Rosanne Casimir said in the statement.

"Some were as young as three years old. We sought out a way to confirm that knowing out of deepest respect and love for those lost children and their families, understanding that Tk'emlúps te Secwépemc is the final resting place of these children."

Casimir told CBC that the findings are "preliminary" and a report will be provided by the specialist next month.

Speaking Friday, Casimir said community members are still "grappling" with the shock of the news as leadership looks at what steps to take next.

"For one, we need to honour these children," she told CBC's Daybreak Kamloops.

Residential school in operation until 1969

Tk'emlúps te Secwépemc said they are working with the BC Coroners Service, contacting the students' home communities, protecting the remains and working with museums to find records of these deaths.

In a statement to CBC, Lisa Lapointe, B.C.'s chief coroner, said the Coroners Service was alerted to the discovery on Thursday.

"We are early in the process of gathering information and will continue to work collaboratively with the Tk'emlúps te Secwépemc and others as this sensitive work progresses," Lapointe said.

"We recognize the tragic, heartbreaking devastation that the Canadian residential school system has inflicted upon so many, and our thoughts are with all of those who are in mourning today."

The Kamloops Indian Residential School was in operation from 1890 to 1969, when the federal government took over administration from the Catholic Church to operate it as a residence for a day school, until closing in 1978.

Up to 500 students would have been registered at the school, according to the National Centre for Truth and Reconciliation (NCTR). Those children would have come from First Nations communities across B.C. and beyond.

According to Mary Ellen Turpel-Lafond, director of the Indian Residential School History and Dialogue Centre at the University of British Columbia in Vancouver, the Truth and Reconciliation Commission that was set up in 2008 to find out what happened in residential schools was told 50 deaths occurred at the Kamloops institution.

She said "massive ongoing problems" with historical records, including those "held by certain Catholic entities that they will not release" have made it very hard to understand accurately what happened.

Turpel-Lafond said the discovery confirms what community survivors have said for years — that many children went to the school and never returned. She also said federal agents often moved children around, so it is possible some of those found are from other First Nations communities.

Turpel-Lafond also has questions about how these children died given the rampant sexual and physical abuse documented in residential schools.

"There may be reasons why they wouldn't record the deaths properly and that they weren't treated with dignity and respect because that was the whole purpose of the residential school ... to take total control of Indian children, to remove their culture, identity and connection to their family," she said Friday on CBC's The Early Edition.

'No words' to describe grief: UBCIC

The First Nations Health Authority (FNHA) said the announcement Thursday would deeply affect Indigenous people in B.C. and across the country.

"That this situation exists is sadly not a surprise and illustrates the damaging and lasting impacts that the residential school system continues to have on First Nations people, their families and communities,'' FNHA CEO Richard Jock wrote in a statement.

On Friday, the Union of British Columbia Indian Chiefs (UBCIC) said it mourned alongside the Tk'emlúps te Secwépemc.

"There are no words to express the deep mourning that we feel as First Nations people, and as survivors, when we hear an announcement like this," wrote Grand Chief Stewart Phillip, president of the UBCIC.

"Today we honour the lives of those children, and hold prayers that they, and their families, may finally be at peace."

It is estimated more than 150,000 children attended residential schools in Canada from the 1830s until the last school closed in 1997.

The NCTR estimates about 4,100 children died at the schools, based on death records, but has said the true total is likely much higher. The Truth and Reconciliation Commission said large numbers of Indigenous children who were forcibly sent to residential schools never returned home.

Federal Minister of Indigenous Services Marc Miller said in a tweet Thursday he had been in touch with Casimir to offer his support.

Federal Minister of Crown-Indigenous Relations Carolyn Bennett said in a tweet that the National Indian Residential School Crisis Line is available for former residential school students and others looking for support. It can be utilized by calling 1-866-925-4419.

During Friday's radio interview, Casimir ended the conversation with a message aimed directly at Ottawa.

"It's all good and well to the federal government to make gestures of goodwill and support regarding the tragedy," said Casimir. "There is an important ownership and accountability to both Tk'emlúps te Secwépemc and all communities and families that are affected. And that needs to happen and take place."

On Friday, B.C. Premier John Horgan issued a statement expressing his horror and heartbreak at the discovery:

"This is a tragedy of unimaginable proportions. And it is a stark example of the violence the Canadian residential school system inflicted upon Indigenous peoples and how the consequences of these atrocities continue to this day," said Horgan.

The FNHA said immediate supports for the Tk'emlúps te Secwépemc First Nation have been identified through its Interior health team, and its teams are on standby to support further needs.

A National Indian Residential School Crisis Line has been set up to provide support for former students and those affected. Access emotional and crisis referral services by calling the 24-hour national crisis line: 1-866 925-4419.

Within B.C., the KUU-US Crisis Line Society provides a First Nations and Indigenous-specific crisis line available 24 hours a day, seven days a week. It's toll-free and can be reached at 1-800-588-8717 or online at kuu-uscrisisline.com. 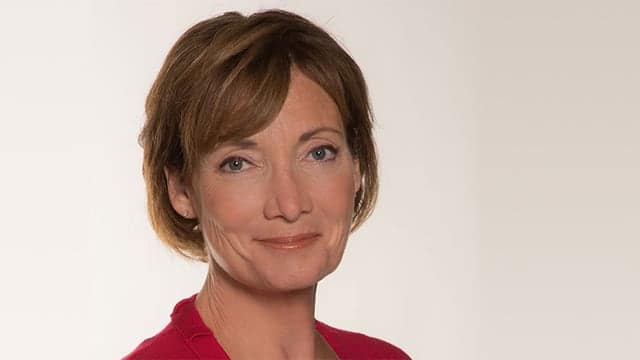 With files from The Canadian Press, Daybreak Kamloops and The Early Edition