The race to become mayor of Peachland could come down to a simple draw after an unofficial recount showed incumbent Cindy Fortin and challenger Harry Gough tied with 804 votes apiece.

Gough was originally declared the winner by a single vote, but according to a statement released by Peachland's chief election officer, a voting machine malfunction caused one cast ballot to be missed on election day.

"The machine prompted the presiding election official to reinsert the ballot, but before the official could do so, the misfed ballot landed in the sealed ballot box. This was immediately reported to the chief elections officer, who made note of the issue.

The recount was conducted on Monday with both Fortin and Gough present.

Palmer says she will be applying for a judicial recount of the mayor's ballot.

If the tie still stands, the next step will be to determine a winner "by the drawing of lot, pursuant to the district's Election Procedures Bylaw no. 2235."

In a social media post, Fortin said addresses of voters will also be verified as part of the review process to ensure only valid residents cast ballots.

Cindy Fortin, who was a councillor before she was the mayor, says the tie has left her in "limbo."

"I still have work to do, of course, so I'm doing that," Fortin said. "But at the same time, I just wish this was decided now so I could know which direction is going to go ... It was just bewildering on how it could be so close."

Fortin was also surprised by the fact the mayoralty could ultimately decided by a draw.

"Going back and looking at the procedure bylaw, we did make that decision," she said. "It's so routine that I never thought in a million years there would be a tie."

She said she would decide differently now.

"I really would prefer a run-off election," she said. "I think this is too great of a decision to make by just pulling a name."

Regardless, Fortin said she would accept the final decision.

Challenger Harry Gough could not be reached for comment. 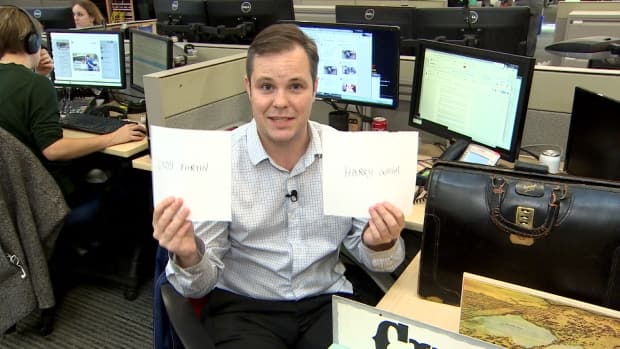 What happens when there is a tie in a mayoral race

2 years ago
1:18
Two mayoral candidates for Peachland, B.C. tied for the most votes. CBC's Justin McElroy explains what happens next. 1:18