Tiananmen Square anniversary commemorated virtually in Canada due to COVID-19

It's been 31 years since thousands were killed and injured during the Chinese government crackdown at Beijing's Tiananmen Square, but vigils to commemorate the peaceful protest will look very different this year due to COVID-19.

Thursday marked 31 years since thousands were killed and injured during the Chinese government crackdown at Beijing's Tiananmen Square, but vigils to commemorate the peaceful protest looked very different this year due to COVID-19.

Mabel Tung, chair of the Vancouver Society in Support of Democratic Movement, said this year her group is organizing a virtual commemoration.

"Due to the current pandemic social distancing restrictions, a big gathering is not feasible now," Tung said.

The virtual commemoration took place online at 6 p.m. PT Thursday, with participants encouraged to share photos of their candlelight vigil on social media. A small, physically distanced vigil was also planned for outside the Chinese consulate on Vancouver's Granville Street.

The turnout was bigger than expected. Dozens lined the sidewalk outside the consulate at 9 p.m. PT, holding candles to commemorate those lost in 1989 and signs to support protests continuing in 2020.

Lots of folks in Vancouver honking in support of people holding a candlelight ceremony in front of the Chinese Consulate to remember students and civilians killed in <a href="https://twitter.com/hashtag/TiananmenSquare?src=hash&amp;ref_src=twsrc%5Etfw">#TiananmenSquare</a> (there is also a person in dinosaur costume) <a href="https://t.co/9TpBMkCQXh">pic.twitter.com/9TpBMkCQXh</a>

Tung expected there might be a larger crowd outside the consulate, especially given the climate in Hong Kong. There, authorities took the extraordinary move of cancelling the territory's annual candlelight vigil for the first time in 30 years. The move is part of an ongoing tightening of restrictions on the part of China in the face of massive pro-democracy protests and demonstrations. 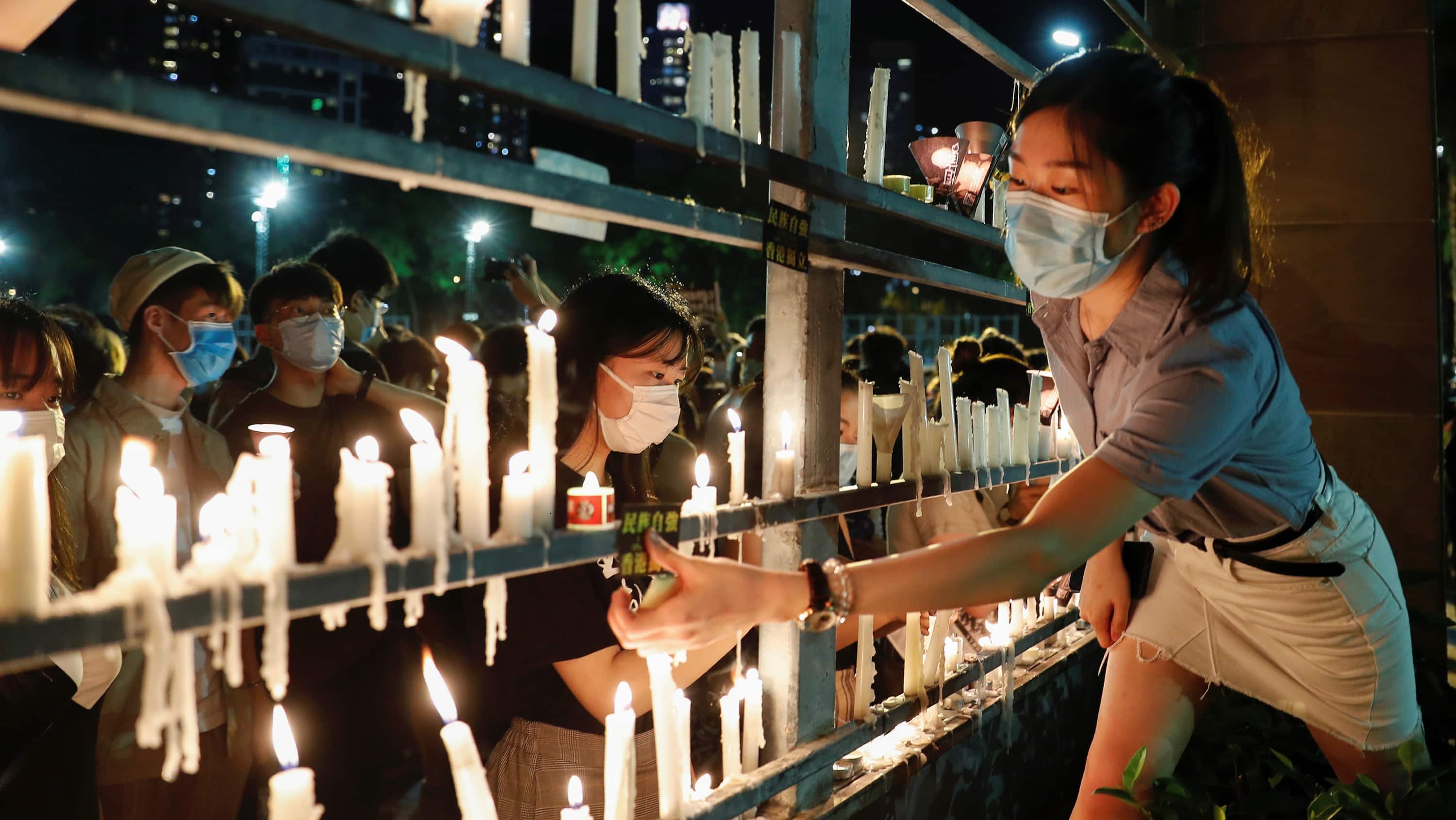 9 months ago
1:06
The vigil followed an uproar in the Hong Kong legislature after lawmakers passed a controversial bill that criminalizes disrespect of China's national anthem. 1:06

Dennis Kwok, a pro-democracy lawmaker affiliated with the Civic Party in Hong Kong, said tens of thousands of people still made it to Victoria Park to commemorate the event.

"But despite the police ban, a lot of brave Hong Kong citizens still came out and expressed commemoration and hope for a democratic country," Kwok said.

Kwok said with the incoming national security law, this year may mark the last year the Tiananmen Square anniversary is commemorated in Hong Kong. The events of 1989 are heavily censored in China, and the Chinese government has never apologized for the crackdown.

He said it's chance to reflect on how hard pro-democracy protesters have worked to preserve the rights and freedoms they have had under the current "one country, two systems" system.

"I want to tell my friends and family in Vancouver that they should really treasure the rights and freedoms that they have. It really is so precious. It is not something we can take for granted."

With files from Meera Bains and CBC's The Early Edition