B.C. NDP candidate Bowinn Ma says comments made by a Liberal candidate sexualized Ma's interactions with another politician and are a disservice to women who want to enter politics.

In the video, Thornthwaite says Ma is "a very pretty lady and she knows that she's got 'it' and she knows how to get Ralph going."

The comments were made during a virtual "roast" event held in honour of Sultan on Sept. 17.

WATCH | Thornthwaite says Ma 'knows how to get Ralph going': 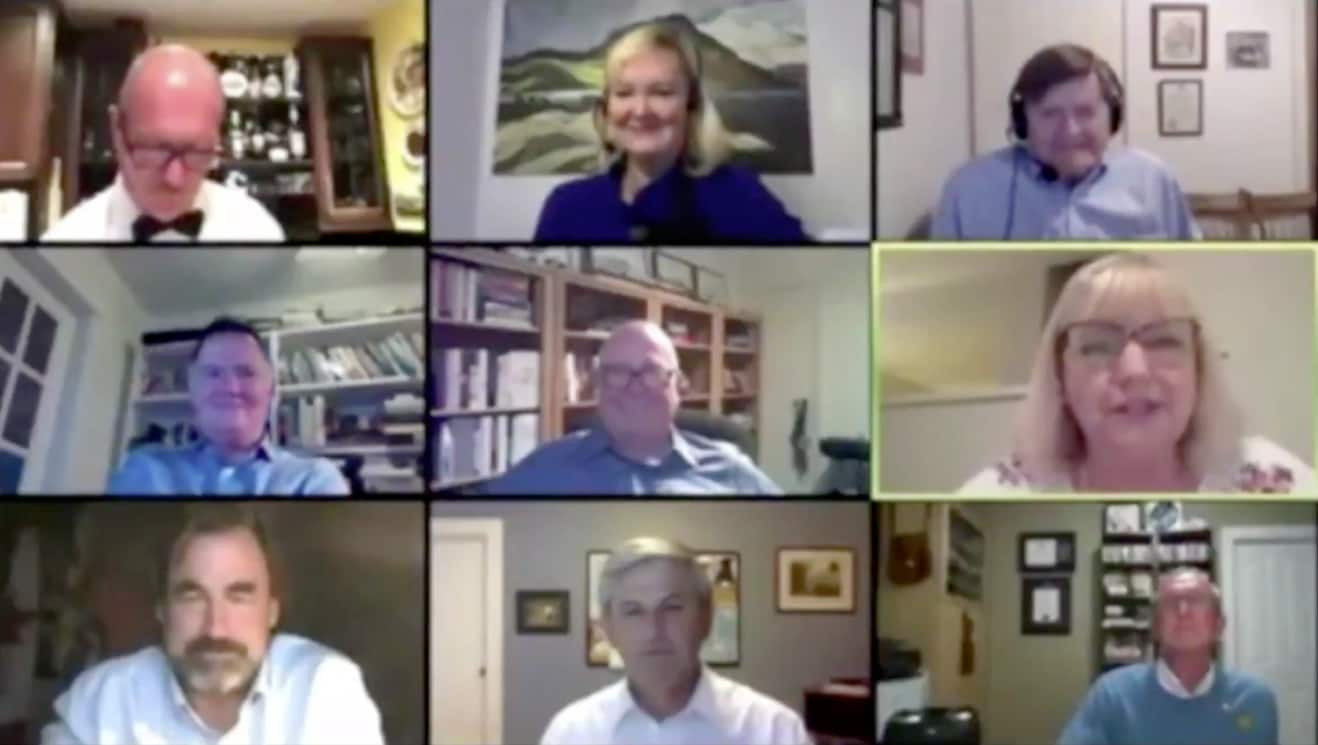 1 month agoVideo
2:06
Jane Thornthwaite is apologizing for comments she made about NDP candidate Bowinn Ma during a virtual "roast" event held in honour of retiring Liberal MLA Ralph Sultan. Thornthwaite claimed Ma, 35, used her appearance to charm Sultan during a networking event. 2:06

The video sparked outrage on social media after it was posted to Twitter on Saturday by Mo Amir, who hosts a B.C. political and pop culture podcast. Many called Thornthwaite's comments sexist and disparaging to women in politics.

Thornthwaite has since responded to the backlash on Twitter. "I have huge respect for all women who push through glass ceilings. I'm one of them. So is Bowinn Ma," she said in a tweet.

"Ralph Sultan has the same respect and a soft spot for his fellow UBC engineer, and I made light of that at a roast. I have always and will always support more women in politics."

Thornthwaite has since followed up her initial tweet with an apology.

"The comments I made at the roast for my colleague Ralph Sultan fell flat and were inappropriate. I unreservedly apologize for making these comments."

Thornthwaite says she's reached out to Ma to apologize directly.

B.C. politicians took to social media Sunday to condemn the comments as sexist and insulting to Ma.

NDP candidate David Eby, who served as attorney general in the last provincial government, tweeted Sunday that the comments amounted to slander of Ma, "a powerhouse representative who is also a young woman."

I wish to add this. The comments I made at the roast for my colleague Ralph Sultan fell flat and were inappropriate. I unreservedly apologize for making these comments. I have reached out to Bowinn Ma to apologize to her directly as well. I commit to doing better moving forward.

Support for Ma also poured in from other parties, with Green Party Leader Sonia Furstenau calling for an apology.

"I go to an event and one of them was the [Capilano University] student union luncheon and both Bowinn Ma and Ralph were stuck on the couch together very, very, close together for almost the entire time."

Ma, the NDP candidate for North Vancouver-Lonsdale, was one of the youngest MLAs in the B.C. legislature prior to the election being called.

Wilkinson offered Ma his own apology in a tweet Sunday afternoon, saying the comments were inappropriate.

"I understand why many people are upset, and I continue to be committed to doing everything I can to make sure women are welcomed, encouraged, and treated with respect in politics and public life," he added in the tweet.