The Theresienstadt Autograph Book is full of drawings and inscriptions from Jewish artists who were interned in a concentration camp during the Second World War.

The book belonged to Mænni Ruben, a violinist from Copenhagen, who was interned in the camp

A 75-year-old book containing the thoughts, sketches and hopes of Holocaust survivors is the subject of a new virtual exhibit by the Victoria Shoah Project.

Scrolling through the pages of the Theresienstadt Autograph Book, Richard Kool, a member of the Victoria Shoah  Project, says he is struck by how hopeful it is.

"These people had all just survived this extraordinary event. They were among very, very few people who walked into concentration camps and came out alive," said Kool on CBC's All Points West.

The book, which was created in 1945 just before the camp was liberated on May 8, contains about 40 pages of handwritten autographs, sketches and aphorisms from people in the Theresienstadt concentration camp and ghetto, located in a Nazi-occupied region of then-Czechoslovakia.

It belonged to a Danish violinist named Mænni Ruben, a 21-year-old man who was sent to Theresienstadt with his family in 1943 by the occupying Nazis. They were among tens of thousands of other Jews from the Czech Republic, Austria, Denmark, Germany and the Netherlands sent to the site.

According to the United States Holocaust Memorial Museum, Theresienstadt mainly served as a transit site to deport people to further camps in Eastern Europe. Approximately 140,000 Jews were transferred to Theresienstadt, according to the museum, and nearly 90,000 were deported to other camps further east, where they faced almost certain death. Roughly 33,000 died in Theresienstadt itself.

There were many artists, writers, professors, musicians, and actors at Theresienstadt. They attempted to create a rich cultural life at the site and hold clandestine schooling for children in the camp who were forbidden from receiving an education.

The autograph book is a collection of these survivors' thoughts and memories, as well as hopes for the future.

"They were great rabbis, religious leaders, composers of music, some of whom went on to very distinguished careers afterwards," said Kool.

Ruben died in 1976 and his wife Susi Deston ended up remarrying and moving to Victoria. The Victoria Shoah Project received access to the book after Deston gave it to Rabbi Harry Brechner of Congregation Emanu-El for safe-keeping before her death in 2018.

The Victoria Shoah Project has created an online exhibit with translations of the pages of the autograph book.

The actual book is in the final stages of being donated to the Canadian Museum for Human Rights in Winnipeg.

Listen to the segment on CBC's All Points West here: 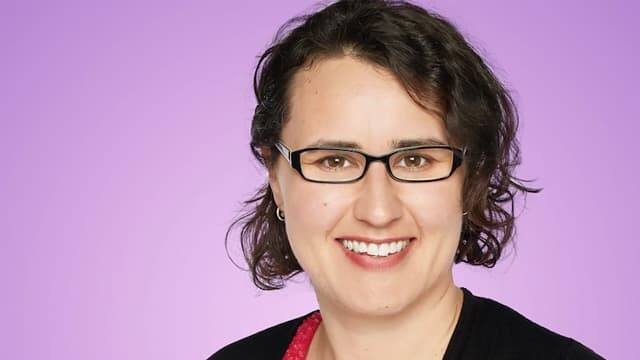 All Points West5:51How a book created by artists who survived the Holocaust ended up in Victoria - and how you can see it
A 75-year-old book that captures a piece of Holocaust history has been turned into a virtual exhibit in Victoria, B.C. The Theresienstadt Autograph Book is full of drawings and inscriptions from Jewish artists who were interned in a concentration camp during the Second World War. Richard Kool, with The Victoria Shoah project, told All Points West host Kathryn Marlow all about the book, and the virtual exhibit. 5:51