The Revenant: Metro Vancouver special-effects pro nominated for an Oscar

“You can bring a show like this to Vancouver and expect some of the best technicians in the world and now we’re being recognized for that."

Cameron Waldbauer is one of three Vancouverites nominated for The Revenant 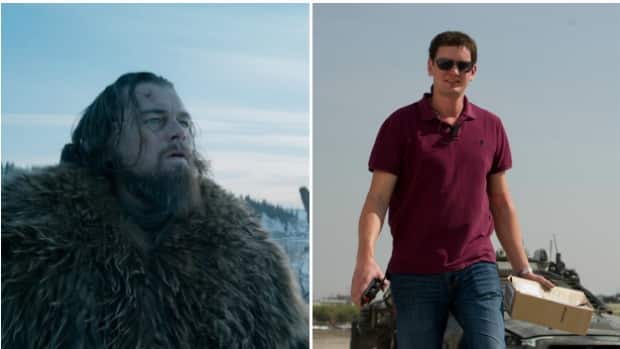 Nominated for an Oscar for visual effects for his work on The Revenant, B.C.'s Cameron Waldbauer says it is "pretty amazing" to be recognized by his peers in the industry.

Waldbauer is one of three people from Metro Vancouver who have received Oscar nominations for the critically-acclaimed film starring Leonardo DiCaprio as a 19th Century fur trapper.

"You can bring a show like this to Vancouver and expect some of the best technicians in the world and now we're being recognized for that," Waldbauer said.

"That just shows the whole world what we're capable of in Vancouver and the skill and level of quality you're going to get when you come here."

It's not the first nomination for Waldbauer. Last year he was nominated in the same category for his work on X-Men: Days of Future Past.

He said the type of visual effects for each film was very different.

"On X-Men you're creating unbelievable scenarios, so you're damaging things in ways that are just impossible. It's superhero stuff," he said.

The Revenant has become renowned for its tough shoot — the actors and film crew had to brave frigid temperatures while filming in the harsh climate of northern B.C. and Alberta.

"Some days we showed up to set it was –40. When it looks really cold in that movie, it's because it was really cold. It was hard to make some days," Waldbauer said, adding that it was worse for the actors.

"The actors don't get to wear their big puffy jackets. The actors are wearing their wardrobe, and they've got a couple of layers on, and they're out there in –40 and we're warming them up between takes."

He said that a lot of the filming was done during the "magic hour," that last hour of twilight.

"We would rehearse all day long and get a perfect sequence going and then pull the cameras out and then film that, only for an hour, so it was rush, rush, rush," he said.

"Every single thing you had had to be absolutely ready to go, and we'd just bang it all off in the last hour of the day and go home. I've never filmed a movie like that before."

"Whether it's you or someone else, at least it's over, you don't have the butterflies anymore."

Waldbauer who also has worked on films such as Elysium, Quantum of Solace and Mission: Impossible – Ghost Protocol.

To hear the full interview listen to the audio labelled: Metro Vancouver special effects pro nominated for work in The Revenant