A South Korean couple have opened a teddy bear museum in Abbotsford, B.C., delighting visitors with 300 handmade bears from artists all over the world. 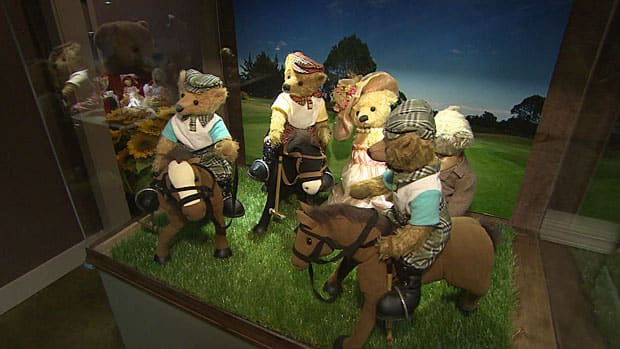 A South Korean couple has opened a teddy bear museum in Abbotsford, B.C., delighting visitors with 300 handmade bears from artists all over the world.

Charlie Oh and teddy bear artist Julie Ko opened the Bearga Museum at the beginning of July after moving to Canada with their two sons.

Oh believes it may even be the first teddy bear museum in Canada and is confident people will flock to it — although his friends were not so sure at first.

"But people understand that the teddy bear is so cute and so lovely."

Ko has been collecting bears for years and the couple previously opened a museum in South Korea before moving to Abbotsford.

The bears on display are not considered toys — some take months, even years, to make and can cost thousands of dollars.

The displays feature a wide range of scenes, from the traditional teddy to more modern bears — including taekwondo teddies made by Ko.

Oh is says he knows their museum is unusual, but he doesn't care what anyone says.