Sweat Together: Taking the sauna on the road

The B.C. Mobile Sauna Society is a group dedicated to bringing people together through the benefits of sweating together.

New short film documents mobile sauna community in B.C. that runs out of a bus

In the damp and drizzly winter months in Vancouver, sometimes the best thing to do is turn a bus into a sauna and take it out into the wilderness.

That's exactly what the B.C. Mobile Sauna Society did: It's a group dedicated to bringing people together through the benefits of sweating together.

"Without community, you have no reference point for who you are in many ways," said Brandy Colton, one of the first to join the sauna group.

It's been operating since 2000, with the sauna bus stopping in various locations across the Lower Mainland and Gulf Islands. Members meet weekly.

"I definitely had to adjust to the nudity but, once I realized people were doing it for themselves, it was a lot easier," Colton said.

"It slowly just became quite comfortable and it actually has helped me a lot because I used to have a lot of insecurities around my body."

The bus recently ran into mechanical problems and is currently running the saunas from a parked spot.

Watch the short film about the mobile saunas, created by Katherine Green and Bryce Zimmerman: 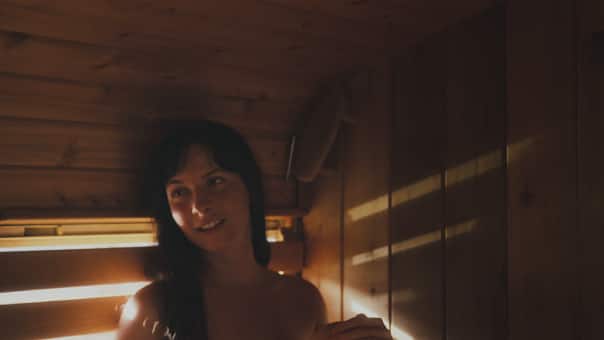 Sweat Together: Taking the sauna on the road

1 year ago
4:04
Venturing across the Lower Mainland, the BC Mobile Sauna Society is all about bringing people together through sweating it out in nature. A CBC short film by Katherine Green and Bryce Zimmerman. 4:04
CBC's Journalistic Standards and Practices|About CBC News