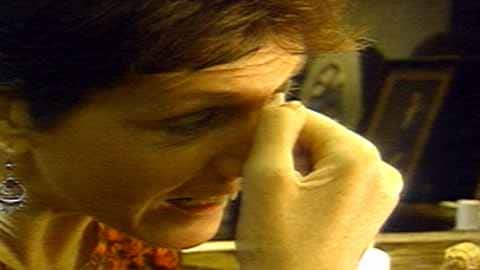 Sue Rodriguez asks to die on her own terms

On a day he says makes him "proud to be a Canadian", Svend Robinson the former B.C. New Democrat MP and leading advocate in the right-to-die movement, spoke to CBC News about Sue Rodriguez, the Victoria woman credited with putting the issue on the national agenda.

"I know that Sue would be ecstatic," Robinson said of today's landmark ruling. "She fought with such courage and such dignity to change the law, that, as the Supreme Court of Canada ruled, is fundamentally cruel."

Rodriguez came to prominence in 1992 when, suffering from the degenerative disease ALS, she fought to overturn the law that made physician-assisted suicide illegal.

She died at her home in Victoria in February 1994, with the help of a doctor whose identity has never been revealed, witnessed by Robinson.

On the day the SCC ruled in favour of physician-assisted suicide in some cases, Robinson said Rodriguez would have wanted to thank all those who continued to fight all these years in the courts.

"Sue initially went to Parliament, the Justice Committee," Robinson recalled. "We didn't get very far, and that remained the case...There's not been a lot of political leadership on this."

'I have the final word'

In September 1993, the court ruled five-to-four against.

"It was a heartbreakingly close decision.

"Sue speaking personally said, 'The court may have spoken, but I have the last word’ – and of course, she did.

"But, more importantly, both of us at the time recognized this was just one step on a journey. I didn’t have any idea it would take over 20-odd years, but here we are today."