The City of Surrey is pressing pause on a plan to evict renters in illegal secondary suites in Clayton Heights.

The City of Surrey has placed a moratorium on a plan to evict renters in illegal secondary suites, just months after letters were sent to 175 homeowners in a single neighbourhood asking them to comply with current regulations.

Council voted Monday night to support a motion from city staff calling for the current enforcement program to be suspended for a year while a new compliance program for secondary and multiple suites is created. Councillors suggested it would be best to have a new plan ready to go before next year's election.

"I'm not going to be cynical here. It takes some time for the process to move through the proper channels," David Huntiak, CEO of the non-profit advocacy group Landlord B.C., told CBC News before the meeting.

"We'd like to see it happen sooner than later, but it's a positive that they're considering this."

The new program could allow the legalization of basement suites and coach houses that currently aren't regulated with the city.

Monday's vote marks a reversal of council's decision in July to give homeowners in the East Clayton neighbourhood until the end of the year to comply with the current law.

That plan was suspended in October after criticism.

"We were very outspoken about the fact that it would be pretty difficult to understand how the city could justify evicting over 300 people," said Huntiak.

Split opinion in the community

Staff have recommended a long-term solution on secondary suites for the entire city, which currently has a vacancy rate of 0.6 per cent.

But the issue has been contentious for years in East Clayton, which has seen an explosive growth in population. 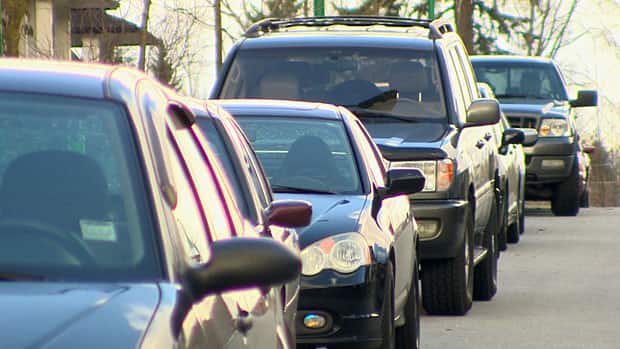 "As a homeowner in Clayton Heights, this area was built and sold to the homeowners as a family community, as one that would allow for limited secondary accommodations," said Carmen Mason in a letter to the city. Mason heads up a community Facebook page.

She says the extra people have created parking issues in East Clayton and are creating a strain on community resources, and argues the city is delaying a final decision.

"It's just spinning wheels. It's not getting anything accomplished. The problems are still there. The problems will compound, and the more you tell people bylaws don't mean anything, the more they'll break other bylaws."

Coun. Bruce Hayne said before Monday's meeting that it was important to set up a system that could work throughout the city going forward.

"This isn't just singling out Clayton. There are suites all throughout the city, and some areas are more congested than others, but we need to have a comprehensive plan for the whole city."

But he acknowledged that taking more than 12 months to put a plan in place would make secondary suites a big issue in next October's municipal elections.

"I would think it certainly will be an election issue. It won't be entirely resolved [in time]. But I'm confident that there will be a solid plan and strategy in place to work with the community."