How Surrey's infrastructure gap is a product of political culture

"I think you need to slow it down and you need to make sure there's infrastructure to take care of the people that are there," says Liz Walker, who chairs the Newton Community Association.

Surrey's civic evolution this decade has centred on large projects, but more basic needs have lagged behind

If you talk to politicians about the City of Surrey, the story that comes up again and again is the municipality's rapid growth over the last 30 years, and the opportunities that come with it.

But Liz Walker, who chairs the Newton Community Association, says it's a misplaced focus.

"We've heard over the years how proud they are at the rapid pace of development and I have to say, as a long term resident I don't really agree," said Walker, who has lived in Surrey since 1983, when the population was about 30 per cent of what it is today.

"I think you need to slow it down and you need to make sure there's infrastructure to take care of the people that are there."

Surrey's civic evolution this century has centred on large projects: the new city centre core and Port Mann Bridge, and now a move to an independent police force and a SkyTrain extension.

But more basic needs to service the growing population have lagged behind.

"Their way of doing things is build the homes and we'll get the infrastructure later," said Heather Nelson, a director of the Fraser Heights Community Association.

"If you've got to build all these houses, it's not monkeys who live in them. It's families."

From schools to transit, to parking and basic amenities, the story of Surrey is one where new people have come to a sprawling municipality faster than the services they need.

"Probably the one surprise ... is we haven't kept our infrastructure up to our growth," said Mayor Doug McCallum, when asked if anything about Surrey's growth hadn't gone as he expected when he first served as mayor from 1996 to 2005.

"We need to do that now. And so it's a balancing act between a budget that we have X amount and the infrastructure we need."

McCallum came back to power in October by defeating Surrey First, which ran the city since 2008. But in many ways, he shares the previous government's allegiance to fiscal conservatism.

In its 2018 report to citizens prior to the election, the city highlighted having the lowest municipal taxes per person in the region. After the election, the new council cut $136 million in future capital upgrades.

Is it prudent fiscal management? Or a local political culture stubbornly keeping to a tax structure that works better for a bedroom community than a major city?

Andy Yan, director of SFU's city program, says it's a conversation the city needs to have.

"Just by having the lowest taxation ... doesn't necessarily provide for the infrastructure that is needed to create the next robust regional centre," he said.

A different solution could come from another area where Surrey lags behind other large cities.

"If they can grow the commercial tax base, they can substantially increase their tax revenue without having to increase increased taxes overall," said Michael Heeney, CEO of the city's development corporation.

Surrey doesn't lack for space: its 316 square kilometres makes it larger than Vancouver, Burnaby and Richmond combined. However, of B.C.'s 15 largest cities, Surrey has the smallest number of small businesses (defined as having between 10 and 100 employees) per capita.

And it has fewer large businesses (with over 100 employees) than Richmond or Burnaby, despite having a population larger than both of them combined.

The shortage of businesses is why Heeney is planning for towers that prioritize office space in the years ahead, a move that Yan agrees could pay dividends.

But that's a longer-term strategy. Meanwhile, the big political story of the week is the city's decision to prioritize a 'world-class' track and field stadium.

The leadership in Surrey may have changed. But the political values are awfully similar.

Metro Matters: On The Road is exploring how new city governments throughout B.C. are approaching age-old issues (some political, some not) in their communities. 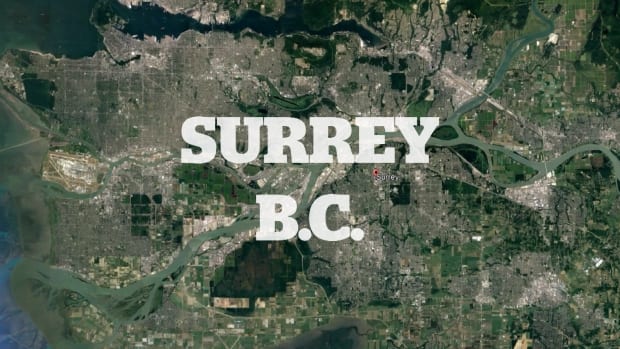 Metro Matters On The Road: Surrey

2 years ago
1:57
B.C.'s second largest city suffers from an infrastructure gap for schools, roads, and much more. Growing its business base may be the solution. 1:57
CBC's Journalistic Standards and Practices|About CBC News