After spending six months in hospital, Jonathan Sedman man gets to celebrate his first father's day at home with his son.

Jonathan Sedman was in critical condition after he was pinned by a race car. His son was born the same night

After spending six months in hospital, Jonathan Sedman gets to celebrate his first Father's Day at home with his son.

"Glad that I'm out and not having to spend much more time in the hospital," said Sedman from his Surrey home while holding his eight-month old boy, Kayden.

"We did Christmas in the hospital, and that was tough."

Sedman was in critical condition after a horrific accident last September on Vancouver Island. He was preparing a fireworks display at the Saratoga Speedway Racetrack when a car lost control, flipped and pinned him underneath.

The force of the impact shattered Sedman's pelvis, broke his hip, ruptured his bladder, cracked his ribs and caused his brain to bleed. He is still undergoing physiotherapy and various medical appointments, has nerve damage on his legs and wears a leg brace.

After hearing the news, his girlfriend, Christa Meisnner went into early labour and gave birth to the couple's first child a month early.

"It was such a crazy time. I don't even remember, " said Meisnner.

Sedman was so heavily sedated that he didn't know he was a father until days later. He says he was in and out of what felt like a dream.

"Your brain starts going, maybe I am hurt, maybe they just want to keep dad alive until baby comes, if I'm that hurt, just pull the plug guys, pull the plug, " he recalls.

When he came out of sedation, he learned that his son was born but he wasn't able to hold him for another two weeks.

"It felt awesome. I wish I was there for the birth. At least he is healthy and everything was good," he said. 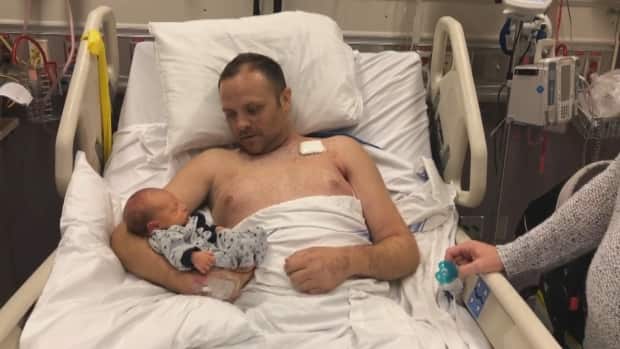 1 year ago
0:21
Jonathan Sedman son was born the night of his accident but he couldn't hold him until two weeks after. 0:21

The road to recovery has been long and difficult. But Sedman says coming home to his son and girlfriend kept him motivated to get better. 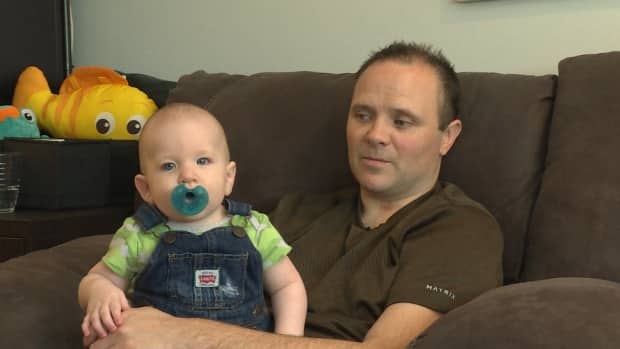 1 year ago
0:23
Jonathan Sedman describes how happy he is to spend his first Father's Day at home after spending 6 months in the hospital. 0:23

But he won't miss his first Father's Day.